Add to Basket
Find out more about our blog & how to become a member of the blogging team by clicking here
Oct 13, 2021 Board Games, Reviews Comments Off on Horrified Review

I have been into the board game hobby for around 10 years now. This is all thanks to my brother–in–law and a certain little card game with a big impact called Citadels! Both, as a result, have cost me a small fortune.

I like all types of board gaming, particular favourites include the co-op mechanism. I am a Halloween fanatic, so when I first heard about Horrified back in late 2019, of course, my first port of call was Zatu Games’ friends Tom and Zee the "Dice Tower Boys" on YouTube. Before I purchase any new game, I always find their reviews honest and helpful. They liked it which helped. Ravensburger the publisher has also had a previous hit available on the Zatu website, which is JAWS. Having played and enjoyed this, it was now a must that I get my hands on Horrified.

So, to the Zatu Website with my debit card ready. However, this game was like gold dust. Not only not available on Zatu, but not available in the UK as a whole. Now I had a problem. A co-op game with many of my favourite classic monsters (Dracula, The Wolfman and Frankenstein to name a few), a game that looked great and I was dying to play. I bit the bullet and ordered internationally.

Thankfully, the game is now available to buy here!

After a couple of weeks, the game arrived.  Finally… Let’s play! A lot of you may have this next problem (a nice Problem to have… most of the time). My wife and I have 2 children, a 5-year-old son and a 2-year-old daughter, which obviously puts board gaming on hold a lot of the time!

First off, what I will say, is this game is on the light side. So if you are into your heavy co-ops, take this into account.  However if like me, you like all types of co-ops, this game is a win-win.  The main mechanism is a pickup and delivery approach to winning the game.

The artwork is awesome and immerses you in the atmosphere of the game itself. This is notable straight away when opening the game box and being greeted with a monstrous message. Key to note, it’s not as dark as games such as Arkham Horror and Elder Sign. Let’s not kid ourselves, by modern standards the classic monsters will always seem a little tame and goofy. But overall, they are still fun and likeable.

Setup and the rulebook make sense, which is a must. Within 5-10 minutes we were ready to play. For your first game, it is recommended you pick just two monsters out of a choice of six.

Each of the six monsters in the game has unique conditions that players must complete in order to defeat them and win the game. In a standard game, you’ll face off against three monsters. Two for easy, as mentioned. It is recommended you do this for your first go at the game. Finally four for hard. Each player chooses a hero to control and the board is then added with a dozen items that will need acquiring throughout the game to defeat the monsters. More items are added throughout the game.

The heroes have a number of actions depending on their abilities. Some have more than others but there are also special actions that differ for each hero. It’s key to note here that the choice in heroes and monsters give this game great replayability. Multiple games, even with the same monsters in play, never feel the same.

After you have taken all your actions, you then draw a monster card. These show how many items are added to the board, an event that may need to be resolved, and which monsters move and attack heroes or villagers. This is achieved through dice rolling (1-3 dice depending on the monster card). If a villager is hit, they die and the terror track increases. If a hero is hit, they may discard any item (if available) to avoid further damage to the terror track, which if hits zero/the skull, you lose the game.

To conclude, I cannot express the fun we have had with this game from both an adult and family game perspective. Play-time is around 40-60 minutes depending on the number of monsters you are playing with.

The game is fun and engaging, even when it is not your turn. Being a fun co-op, you are engaged throughout.

The thing I love about modern board gaming, and co-ops, in particular, is that it really allows kids to get into the hobby whilst learning key skills, such as organising and preparing actions.

Horrified really gets a child’s brain ticking, mainly because it’s fun. The theme is great, not scary for kids but cool. The artwork really adds to this experience.

With a little help throughout, our son had no issues playing this game and towards the end was actually telling me and my wife what the best options were on our turns!

Editors note: This blog was originally published on January 23rd, 2020. Updated on October 13th, 2021 to improve the information available. 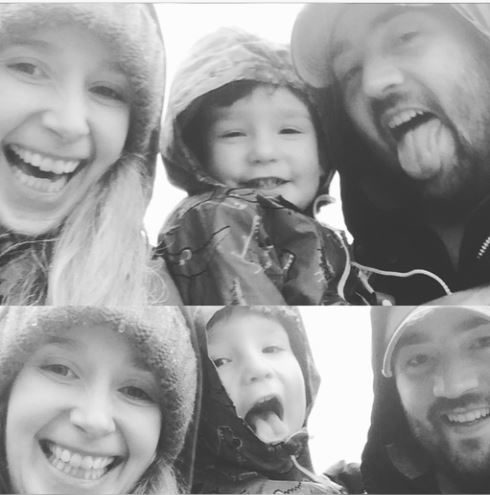 Add to Basket
Board GamesHorrorMiniaturesReview