Add to Basket
Find out more about our blog & how to become a member of the blogging team by clicking here
Jan 25, 2022 Board Games, Reviews Comments Off on 7 Wonders Duel: Agora Expansion Review

7 Wonders: Duel has been heralded one of the best 2 player games created. It went from strength to strength when it released its first expansion Pantheon. However, can this game maintain the momentum with its second expansion, 7 Wonders Duel: Agora?

For newcomers to the series check out our reviews on 7 Wonders: Duel and 7 Wonders Duel: Pantheon.

Welcome to the Agora

7 Wonders Duel: Agora is all about influence and controlling the senate. The expansion includes new components: 2 wonders, 2 science tokens, military tokens, influence cubes, decree tokens, senator cards, conspiracy cards and a senate board. There is a lot to unpack which will increase your set up time.

The new wonders are Curia Julia and Knossos; both wonders give players advantages in the senate. They also provide passive bonuses at the start of the game; placing an influence cube or gaining a conspiracy card.

With all these components, 7 Wonders Duel: Agora also introduces a new win condition. Along with military and science victories, players can also win by political victory. If a player manages to control every chamber on the senate board they automatically win.

Confused by what this all means? Let’s dig deeper into this nuanced expansion.

To Decree Or Not Decree

When setting up Agora, you will place the senate board along the bottom of the base game board. It fits in snugly and looks beautiful! The senate board is split into 6 sections which players will fight to control. Players can control a senate chamber by having the most influence cubes in that segment. Once in control, the player will command the decree token attached to that chamber. Decree tokens include buffs like double coins when discarding, gain a turn when hiring a conspirator or discount on yellow cards.

Decrees can be fought over as players can gain or lose influence cubes throughout. So, you may not always have a decree buff if your opponent moves more influence into that senate chamber.

Senate chambers also provide victory points if players manage to hold onto them till the end of the game. But how does one gain influence cubes?

This expansion includes 2 new decks: conspiracy cards and senator cards. When setting up the Ages you will add senator cards to the pyramid. Senator cards cost the amount of senators you already own, so the first one is free and the fifth one will cost 5 coins. Senator cards can come in 2 forms, politicians or conspirators. Each type offers the player different actions.

Still with me? Well, there’s more…

Conspirators act differently to politicians. These cards let you place influence anywhere in the senate or you can pick up 2 conspiracy cards from the conspiracy deck and select one to play. Conspiracy cards cannot be played immediately. Instead, players must prepare them by selecting an Age card to place underneath it. Much like you would when constructing a wonder. Once prepped, players can reveal their conspiracy at any time, but it must be at the beginning of their turn. Conspiracies take a lot of effort but are worth it as these cards have some serious power. For example, one conspiracy lets you destroy one of your opponent’s blue cards and lets you place influence anywhere in the senate. They can be ruthless and require players to change tactics when played.

In short, senator cards help players gain control of the senate but become expensive to recruit as the Ages progress. They provide many new ways to undermine your opponent. Yet, the abundance of abilities and icon graphics do get confusing, and you will find yourself referring to the rule book a lot. This breaks up the usual pacy gameplay.

If Agora wasn’t meaty enough, you can play Agora and Pantheon simultaneously. This leads to a longer, bigger and crazier gaming experience. When combining both expansions I was worried it would become a confusing mess. However, once you've mastered Pantheon and Agora, combining them amounts to endless fun. It becomes harder to track your opponent’s agenda as there is so much going on. By playing Gods, placing influence, or revealing conspiracies you feel like every card and decision matters. This results in closer games as your opponent cannot follow one strategy.

Consequently, you may find the game doesn’t feel long enough as the Ages whizz by and you can’t take advantage of all the exploits on offer. For example, I found I forgot about my conspiracies or missed out on opportunities in the senate. It would be nice if 7 Wonder’s next expansion adds another Age so you can fully explore every aspect these expansions provide.

7 Wonders: Duel is by far one of my favourite 2 player games. It’s dynamic, pacy and strains the brain cells. Every game feels different even if playing against the same opponent multiple times. Agora brings more complexity to the table and will leave you scratching your head as you learn the rules. Its subtlety will have you thinking about each move in advance but also have you consulting the rule book frequently.

Initially, I was not impressed with Agora as it wasn’t as flashy or simple as Pantheon. It was an effort to set up and learn. However, the more I played Agora the more I grew to love it. Its added nuance makes it harder to gun for one victory as controlling the senate or unveiling a conspiracy can relinquish a players hold on the Age.

Agora is complex and makes 7 Wonders: Duel rise above its station. However, this expansion is not that accessible to newcomers, and it won’t be one you always want to play when you get that 7 Wonders itch. Yet, it offers a new approach to the game and will give long term players something new to sink their teeth into. Will you be able to rise to the challenge and control the Agora? 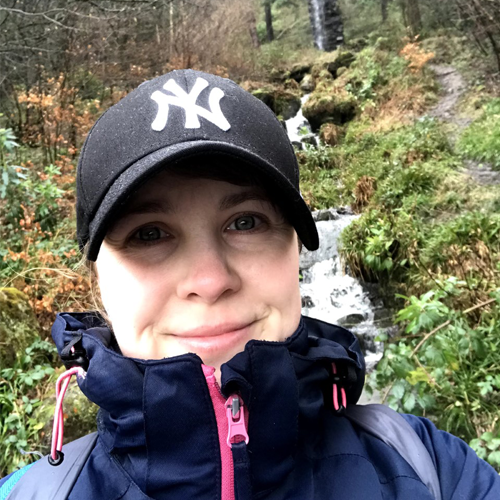