View Product
Find out more about our blog & how to become a member of the blogging team by clicking here
Jan 18, 2022 Board Games, Reviews Comments Off on Talisman: Harry Potter Review

If you have spent your life waiting for your Hogwarts letter, then this game is for you. You can battle against Lord Voldemort, or take your rightful place by his side. Visit all the iconic places in the Harry Potter universe as you work to strengthen your character, and get ready for the final confrontation. Lose yourself in this wonderful world of magic and might.

If you've played a Talisman game before, then Talisman: Harry Potter will be very familiar to you. If you haven’t, then don’t worry, it doesn’t take long to pick up! The rulebook can look a little intimidating, but it's not as complicated as it first seems.

First, decide which characters you want to be. The rules tell you to pick at random, but I wasn’t going to pass up on the opportunity to be Minerva McGonagall. If there was a Neville Longbottom, I would never play as anyone else. However, whoever you pick, I would make sure at least some of you are Death Eaters and some of you are members of the Order of the Phoenix. You will want to be able to battle each other. Games are just more fun when you can take your family members down.

Each character has their own stats: Might, Magic, Life, and Fate. Magic and Might determine your prowess in battle. Fate is your ability to reroll tests. Life is pretty self-explanatory. You can change these stats by interacting with the board, and this is going to be vital to winning the game. To win, you need to battle Lord Voldemort. Either to destroy him or to prove you are worthy of sitting at his side. He has a magic rating of 12, so you need to make sure that you are equal to him if you are going to have any chance to take him down. You can build your Magic and Might by battling other players, collecting trophies, and completing encounters that are scattered around the board.

Take your time and build up your strength by visiting the famous scenes around the board. The Outer Ring has places from the wider wizarding world. The Middle Region is the Hogwarts Grounds. When you are ready for your final showdown, make your way into Hogwarts Castle and stalk through the classrooms until you reach the Great Hall, where the Dark Lord awaits. At each of the locations, you can battle someone or select an encounter. The encounters give you enemies to battle, objects or followers to collect, or even the chance to acquire bonuses. Followers are particularly helpful as they give you mini bonuses while they are in your hand. Even if you can’t play as Neville Longbottom, if you are a member of the Order of the Phoenix, he can still be your follower.

Beware though! You can gain strength, but you can also lose health. With each battle you lose, you lose life. If you are not fully equipped to face He Who Must Not Be Named, you will be carted off to St Mungo’s and made to start again. I was arrogant and was punished for my hubris. I thought I was ready for the final battle, but the challenges in the Hogwarts Classrooms are fairly tricky! Quickly I was defeated and had to start all over again. The playing time says 90-120 minutes and you should try to take that long. If you rush in after 20 minutes, you will be flattened and have to start again!

Take your time. Immerse yourself in the Wizarding World. Defeat the Dark Lord.

The Potterheads will love the immersion of Talisman: Harry Potter. You see all the familiar faces and visit all the regular locations. There is even a chance to transfigure yourself or someone else into a ferret. It was the greatest disappointment of my first game that I didn’t manage to be a ferret. I was so close at one point. It is such a small moment from the fourth book/film, but it is definitely an iconic bit. The people who turned Talisman into a Harry Potter game clearly knew their stuff. They know what the fans will enjoy!

The thick rulebook and the busy board made it feel like this game was going to be much more complicated than it is. The rulebook has a section that you can skip if you have played a Talisman Game before. Honestly, I think they could have just condensed the whole thing down into one shorter rulebook that everyone reads. The concept of the Talisman game wasn’t so confusing that it needed its own explanation. I love a game with a contents page. If I have to read for 30 minutes before even starting set-up, that is a win in my book. However, this game really doesn’t need its contents page. It’s not that complicated. To be honest, as someone who likes a game that goes on for at least two hours, it was a little simple for me.

This is a nice gateway game though. It is somewhere between Monopoly and Eldritch Horror. There is still a lot of luck involved with the dice rolls. You roll to move around the board. When you stop you get to complete encounters, which is the more interesting bit. However, I found it getting a little repetitive for my liking. You move, you pick up a card, you move, you pick up a card, you move. I only managed to play it with two players though. You can have up to 6 people playing at a time, which I think would definitely work better. There would be more battles and more competition. I didn’t have to think about my life at all until I got towards the final battle. If there had been more people playing, I would have had to be more on my toes earlier.

There were lots of things that I liked about Talisman: Harry Potter. It would appeal to any Harry Potter fan. Despite being the villains of the book, most people think they are Slytherins. So it is a good thing that you can play as a Death Eater if you want. There is a good balance between silly and competitive. I always like to be able to battle with other players. Being able to actively hinder other people adds a nice element of drama to the game. It is also hard to find a game that works with 6 players. Most games are ideal with 4 people, so it can be tricky to find games to satisfy a bigger group. Here is a game that is going to get better the more people you play with. I would definitely suggest it for someone who is just getting into more complex games and loves Harry Potter. 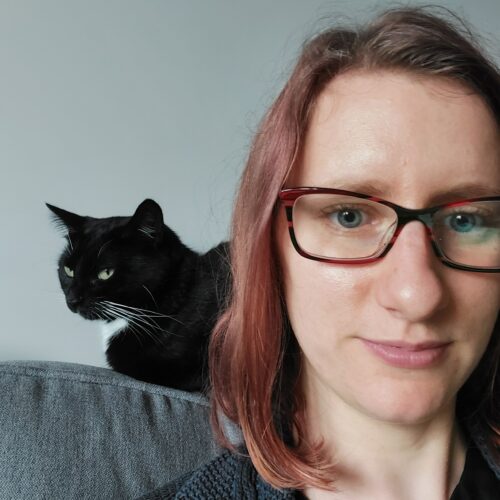