you could earn 1609 victory points

you could earn 1609 victory points

The group has a multiple-choice question and only two minutes to work it out. The snakes amongst you already know the right answer – and they’ll stop at nothing to keep you away from it.In Snakesss, you deal out the cards and try to answer a multiple-choice question with the rest of the players. The more people who get it right, the more points you cash in – unless…
Read More
Category Board Games Tags Big Potato, Exceptional Components, Value For Money, Zatu Gold Award SKU ZBP-SNAKESSS-TEMP Availability 3+ in stock
Share
Share this
86% 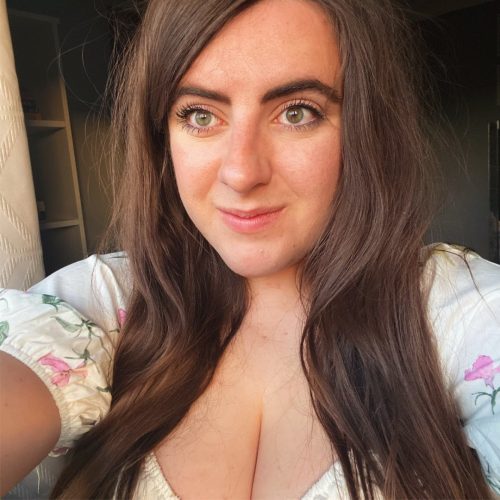 The group has a multiple-choice question and only two minutes to work it out. The snakes amongst you already know the right answer - and they'll stop at nothing to keep you away from it.

In Snakesss, you deal out the cards and try to answer a multiple-choice question with the rest of the players. The more people who get it right, the more points you cash in - unless, of course, you get one of the snake cards. All the snakes already know the answer, so their job is a bit simpler. To score points, they have to sabotage the discussion and mislead the other players.

They might not be on a plane or in a boot but Big Potato are bringing snakes to your board game table! Snakesss is the latest creation from the incredible minds at Big Potato Games. As an avid fan of Truth Bombs, Blockbuster and many more of their titles, it's safe to say that I have been eagerly awaiting the release of Snakesss.

Will this brand new party game leave a venomous bite? Or will it slither itself onto our gaming sleeves? Let's take a look at Big Potato's Snakesss.

"There's a Snake in My Boot"

What is Snakesss? This is a game of imposters and lies. With a player count of 4 to 8 players, gather your friends and get ready for trivia, truths and serious convincing.

The aim of Snakesss is to either correctly guess the answer to a series of wacky trivia questions or, as a snake, convince your fellow players to pick the wrong answer. You'll have two minutes to discuss one of many curious questions in this game.

Snakes on a Plane

Snakesss has a fantastic replayable nature because of the various roles you can take on every round. Everyone loves a villain and a bit of drama, the snake role will bring this out of you. You'll be shown the correct answer whilst all of the other players have their eyes closed. Here is where the lies begin. Meanwhile, you also have the ordinary humans of each round. The snakes in the group will be trying to manipulate your decision whilst the final player will act as your guardian angel of sorts. The Mongoose of Truth character doesn't get any special powers. However, they do receive a fancy wooden token and are definitely NOT a snake.

A game of social dedication, Snakesss takes a few rounds to get used to but quickly becomes very addictive. The gameplay very much reminds me of The Chameleon, a basic understanding of the rules allows you to adapt Snakesss to your own gaming group. For example, playing this with 4 people called 2 snakes, 1 ordinary human and 1 Mongoose of Truth. We quickly found that this gave the snakes such an advantage. Levelling the playing field by introducing another ordinary human, worked much better for us.

That's one of Big Potato's biggest strengths, their gaming replayability and adaptability.

"Why Did it Have to be Snakes?"

I, for one, am so happy that it was snakes! Even the box art of Snakesss is a conversation starter. Big Potato Games once again have designed a game that stands out on your board game shelf. For all of the right reasons, might I add. Another similarity with The Chamelon, Snakesss implements a colourful optical illusion that is sure to grab all of the attention at a party.

Once you can pull your eyes away from the outside of this box, opening it will charm you even more. Snakesss continues its attention to detail with each component. All of the character tokens have a sleek yet on-brand design as well as being sturdy and of fantastic quality. This means that those bad liars who have to fiddle with something won't ruin their poor character token.

Unlike the other tokens, this little guy is made out of wood and utterly adorable. Complete with the cutest face (and tail) design, I found that the inclusion of this token really made the whole gameplay experience smoother. It allows players that aren't used to playing games a chance to keep up with the rules and understand how to best get involved.

A party game through and through, Snakesss is a fantastic way to spend an evening with friends. With restrictions lifting here in the UK, this was one of the first games I played with a larger group of people. It went down fantastically. With a quick setup and intriguing concept, this is sure to become a go-to game for any occasion.

My only note with Snakesss is that of its replayability within the same group. Much like any trivia-based game, Snakesss has over 120 question cards. Filled with wacky knowledge and head-scratching facts, this quiz would make Mr Lister very proud. Here lies my single concern with the game, once you play this quirky quiz you'll know all of the answers to questions. If you're anything like me, you might remember that Iceland has no mosquitoes or that more IKEA has sold more meatballs than The Beatles have sold albums. The solution to this being to space out how often you reach for this game and to swap out players. Ideally, you won't be playing with the likes of the Chasers.

It's safe to say that Snakesss has charmed its way into my board game collection. Another stellar hit by Big Potato Games, Snakesss is going to be a go-to party game for me. Perfect for filling a bit of time and gleefully competitive, Snakesss is an accessible game that everyone can enjoy. To avoid any cheating and to give those with a photographic memory a challenge, I'm sure to revisit Snakesss in a few months.