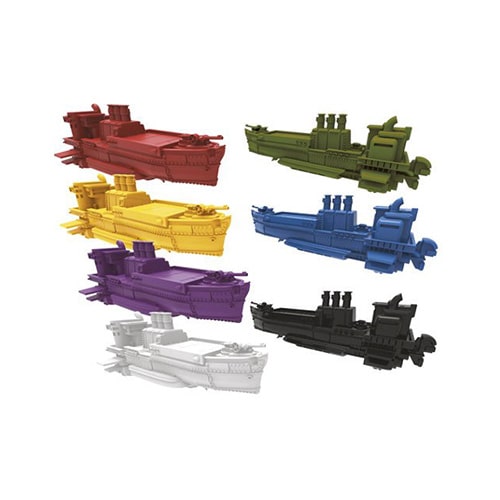 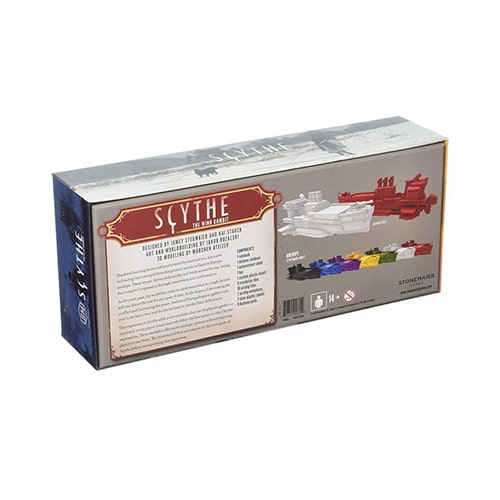 you could earn 1716 victory points

you could earn 1716 victory points

As the second expansion released, Scythe: The Wind Gambit adds two major modules to the base game experience. Contained in a small box with stunning artwork reflecting the new steam powered airships within, Scythe: The Wind Gambit is another superb addition to the collection. The expansion contains two modules that can be implemented in conjunction with the base game and the previou…
Read More
Category Board Games Tags BGG Golden Geek, Scythe, Stonemaier Games SKU ZBG-STM631 Availability 5+ in stock
Share
Share this
86%

As the second expansion released, Scythe: The Wind Gambit adds two major modules to the base game experience. Contained in a small box with stunning artwork reflecting the new steam powered airships within, Scythe: The Wind Gambit is another superb addition to the collection. The expansion contains two modules that can be implemented in conjunction with the base game and the previously released expansion. The first module and main draw of this pack is the huge plastic airships on clear stands that come in all of the player colours, including both factions from the first expansion. At the start of the game two tiles from a collection of 16 are drawn, which give a random passive and aggressive ability to all players airships. Each airship begins the game on the player home base but is free to move over any territory. The airship can also transport workers and resources dependent on the tile drawn. New or old players can play the airship module, as the complexity level does not rise drastically. On the map, the new models look stunning as they glide across the sky. The second module is a collection of eight tiles that alter the end game conditions to add variance to how the final part is triggered. These can affect how the game is played and offers a very different experience to trying to gain the six stars. One example of this is the card, ‘Factory Explosion.’ Essentially once a player gains their fifth star, they gain $5. All players have two more full turns and then the Factory in the middle of the map explodes forcing all units on it and the adjacent hexes to retreat to their home base. Each player gains one popularity point for every unit affected leading to an end game rush to place units in the firing line to bump up their score. Scythe: The Wind Gambit continues to build upon the excellent engine of the 4X base game as well as enhancing the world mythology. As optional modules they can be swapped in and out to give different experiences. Player count: 1-7 Time: 70-140 minutes Age rating: 14+

Scythe is arguably one of the most beautifully produced board games available today, perhaps even the single best looking game on the planet. Playing the game with all the trimmings is one of the more memorable gaming experiences you will have.

From the giant board that devours a table, to the delightfully unique mech and character miniatures for each faction. From the carefully designed plug holes for your components on your player board to the exquisite metal coins. It’s hard to argue against how astonishing Scythe looks and feels. (Of course the debate over Jakub Rozalski’s art rages on as I write this).

With that being said, Stonemaier Games have (perhaps knowingly) put themselves under the pressure of ensuring that each expansion added to the Scythe universe has to not only play well, but look and fit in with the high precedent set.

Scythe: The Wind Gambit is the second small box expansion to the 2016 mega hit and adds a couple of extra ingredients to the pot; including an airship for each faction.

This expansion offers two new modules that can be added and combined with the other modular expansions.

The airships module sees the addition of airship units that dwarf the other units on the board! However, these airships work in a different way to the other units in the game. The airships move via a move action like other units, but each player’s airship follows a universal ability that is used by all players. Each ship has one passive ability and one aggressive ability. These abilities can be mixed and matched from game to game.

The other ‘Resolution’ module changes the end game condition. The usual end game condition, of first player to have six stars on the achievement track, is now ignored and a condition that is stated on the card is obeyed. There are eight different cards in the game which adds plenty of replay-ability.

I will start by making it perfectly clear to everyone, these airships are huge! I’m fortunate enough to own and regularly use the board extension whenever I play the game and I can’t imagine how these airships would fit with everything else on the original board.

Regardless, they are produced to the highest quality, which is unsurprising given Stonemaier Games’ track record, and add another eye-catching element to the game. The cards are as solid as the other cards and each includes more lovely artwork to compliment the game.

The expansion comes in a box the same shape and size of the previous expansion Invaders from Afar. However, if like me you’re a fan of a good old Broken Token insert, there is no room for this expansion in the base box. A legendary box has been created by Stonemaier Games that will be able to hold everything from every expansion, including the coming legacy-style expansion ‘The Rise of Fenris’. So there’s something for the die hard Scythe fans out there.

Final Thoughts on The Wind Gambit

All in all, Scythe: The Wind Gambit is another excellent addition to the Scythe family. It adds further elements to consider in terms of combat and/or movement of pieces which is always good. The choice to not cement these ships with a single use power and instead have a range of universal abilities is fantastic. You know what your ships can do and what other players’ can do straight away.

In our first game, these ships were often forgotten about by players until another player at the table would use one of the abilities. Experienced players of Scythe will enjoy the added choices and options open to them. However, newer players of the game will but these intimidating pieces to the back of their minds. Despite this, they are very simple to explain and learn. Meaning your friend who has that appetite for strategy and options will grasp it even if they’re unfamiliar with the game itself.

The completionist in me meant this expansion was a must buy. Especially as it’s currently my all-time favourite game. But, after playing with it a number of times, I can’t see myself playing without it. It’s easy enough to get your head around and throw into the mix at setup. Forgetting or choosing not to use your airship doesn’t necessarily hinder your progress, nor does using the airships greatly influence whether or not you win the game.