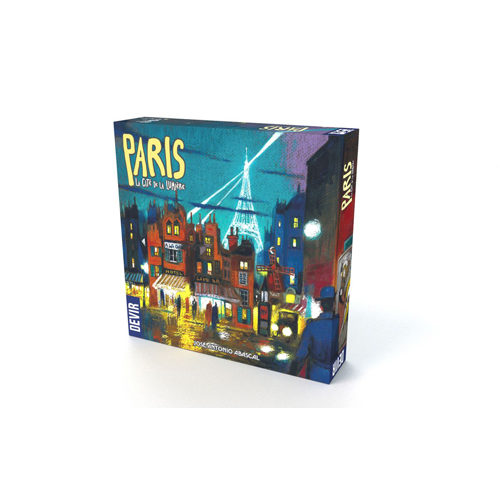 Add to Wishlist
Paris is a two-player board game by Jose Antonio Abascal infused with Parisian aesthetics by the boardgame’s artist Oriol Hernández. The game is set in late 19th century Paris during the 1889 “Exposition Universelle,” or world’s fair, when public electricity was a hot topic. Electricity spread throughout the city, creating today’s beautiful nocturnal Parisian streets and …
Read More
Tag Silver SKU Z-THKO-BGPAREN Availability 5+ in stock
Share this
74% 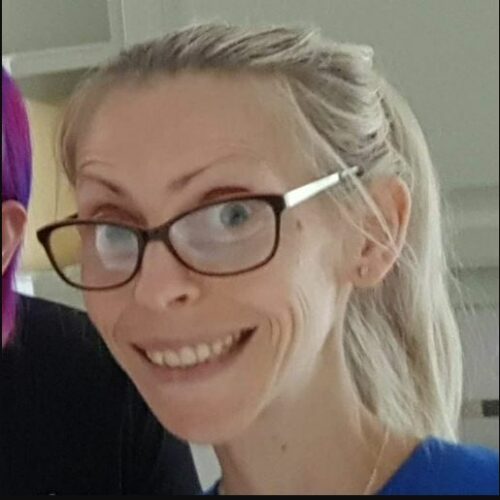 Paris is a two-player board game by Jose Antonio Abascal infused with Parisian aesthetics by the boardgame’s artist Oriol Hernández. The game is set in late 19th century Paris during the 1889 “Exposition Universelle,” or world’s fair, when public electricity was a hot topic. Electricity spread throughout the city, creating today’s beautiful nocturnal Parisian streets and coining Paris’s nickname “La Cite de la Lumiere”, the city of lights.

The most well-lit buildings are admired more highly by passers-by. In the first phase, players can either place tiles or grow their reserve of buildings. The cobblestone tiles are divided into 4 random spaces (their color, their opponents’ color, a streetlight or a mixed-color space where either player can build).

Then, in the second phase, players build on top of their color or the mixed spaces, in effort to position their buildings as close to as many streetlights as possible. More streetlights solicit more adoration and points. The player with the best lit buildings steals the hearts of Parisian pedestrians and wins the game.

As Rick once courageously said to Lisa…..“We’ll always have Paris.” But, unlike Bergman and Bogey who had to sacrifice heart for heroism in Casablanca, you can revisit the bright lights of the romance capital of the world whenever you fancy in the deceptively strategic, two-player, polyomino puzzle game: Paris: La Cité De La Lumière

Brought to life by the talented Oriol Hernández and featuring beautiful components which are literally works of art in themselves, game designer José Antonio Abascal takes you and your opponent into the dark cobbled streets of 19th century Paris with the objective of casting electric lighting on as many of the city’s buildings as possible. Oh la la!

Played over two distinct phases, both of which take place neatly inside the game box itself (providing a handy frame for your personal Parisienne playground), players firstly take it in turns to choose whether to lay one of their own eight square cobbled street tiles on the central board or to select building shaped polyomino tiles from a shared pool.

Each cobbled street tile is divided into four segments and contains a unique mix of each player’s own colour (blue representing moonlight and orange representing sunlight), as well as purple common ground, and potentially, prized streetlights. Allez!

Once the final cobbled street tile has been laid, the second phase of the game is triggered. Players then take it in turns to either place one of their chosen polyomino building tiles onto the board (topping each off with a rather charming colour coded chimney) or to take one of eight randomly chosen special bonus actions which are inscribed on postcards laid out around the game box and get flipped to reveal stunning depictions of Paris during la Belle Époque once used. Note that players are only allowed a maximum of four postcards each and as soon as the last one has been claimed (and any immediately required action taken), the game ends and scoring begins. Regrette Rien!

As severe as mistress Paris herself, however, players are only permitted to lay their buildings on top of their own colour and the common purple coloured cobbled street squares whilst trying to build as close to as many of those lustrous lamps as possible. “Pourquoi”? I hear you cry! Well, because only buildings constructed adjacent to streetlamps will score points. Can’t see it? Can’t score it! Ah la Vache!

As a result, players need to exercise cunning town planning skills from the very first tile they place in phase one in order to maximise their construction spaces ready for subsequent urban development. After all, as those pretty postcards are snapped up, la grande finale fast approaches and, if you still have buildings left at the end of the game which you can’t place on your street spaces, you will lose 3 points for each one. Sacrébleu!

Without doubt, the chunky components and detailed artwork in this game are fantastique and you can easily picture yourself weaving around the dark alleys of Paris, drinking in the culture and atmosphere that La Cité (or La Ville depending on which side of the semantic battle you stand!) conjures up in your mind.

Further, although the game really lends itself to any theme which allows for area management and tile placement to come tête a tête, (and in that way the abstract sense of the game is thrust into the spotlight), the Parisienne setting is strong and works well to tie several mechanics together to form an illuminating spatial puzzle.

I should mention that the dominant use of blues and purples in components critical to the game’s design could make it a tricky one for players with colour vision deficiency. Whilst this can be practically remedied with some DIY labelling, I was hoping that the designer would have incorporated specific symbols to each of the main colours to assist with differentiation (particularly as some pieces already have moons (blue) and suns (orange) printed on them). Zut!

Hues and blues aside, I think the mélange of mechanics in play in Paris: La Cité De La Lumière is where the pleasure of this little puzzle really shines through the shadows. During a comfortable 30 minute game, players must tessellate their own tiles in a way that will later accommodate their chosen building shapes close to available lamp locations whilst at the same time trying to cut off their opponent’s territory development so as to stop them from laying the specific buildings they have in their own hand. Like so many games that have strategic depth bubbling under the pretty surface; focus solely on illuminating your own Parisienne property portfolio and you’ll quickly find your opponent throwing shade on your efforts. Mon Dieu!

It is true that some of the asymmetric postcard actions (both in-game and final scoring) are quite powerful (Monsieur Le Peintre, I am thinking of you) and can considerably affect the overall result. But, as each player has an equal opportunity to select the actions they want before the other, the power balance can be restored and the race is then on to secure actions that have alternative but no less advantageous effects on final scoring.

Because of that, this game contains (literally!) a great little puzzle and if you like your Royale with Cheese with a side order of culture and crunch, then I think Paris: La Cité De La Lumière could be right up your cobbled street.