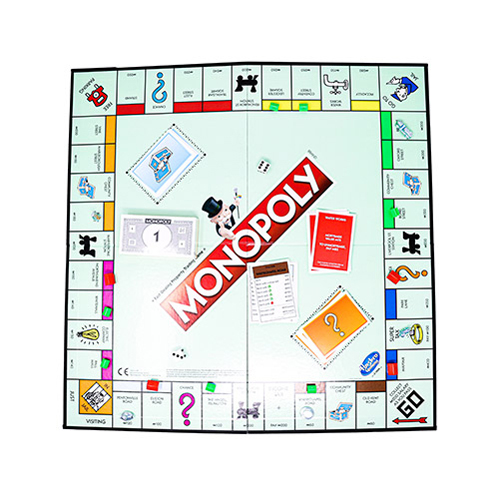 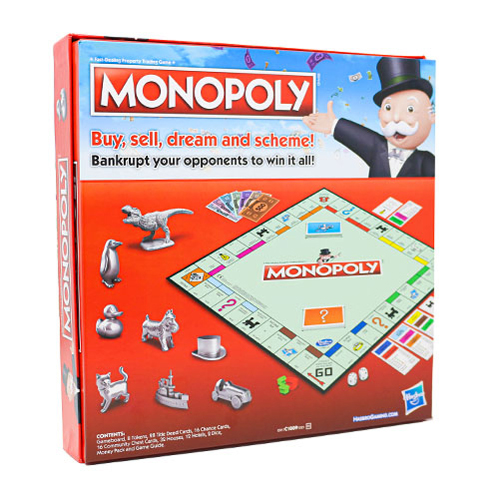 Enjoy the classic game of Monopoly with your family and friends. Ideal for both children and adults, this version of the Monopoly game welcomes the Rubber Ducky, Tyrannosaurus Rex, and Penguin into its family of tokens. Choose your token, place it on GO! and roll the dice to own it all! There can be only one winner in the Monopoly game. Will it be you? Includes gameboard, 8 Tokens, …
Read More
Category Board Games Tags Hasbro, Monopoly, Podcast Approved SKU ZHAS-C1009231 Availability 5+ in stock
Share
Share this

Monopoly is one of the most well-known board games in existence! The original version got published by Waddingtons in 1933, but this edition comes from Hasbro. The aim of Monopoly is simple: enter the property market in London, and be the last player standing! The last player remaining that has money left gets crowned the winner.

Of course, buying land in England’s capital city is only the start. In later stages of the game, players will develop their properties with houses and hotels. They’ll charge rent for other players that visit their properties. Monopoly is all about the money! If you can’t afford the price, you’ll have to mortgage some assets to raise funds. Out of cash? Then you’re out of the game!

There’s a few mechanisms at play in Monopoly. Your turn starts with a roll and move aspect, by rolling two dice. You’ll move around a square board, which consists of properties that start the game as vacant plots of land. Land on an empty plot, and you can buy it. If you decide not to, players start bidding to buy it themselves, starting at £1! When other players land on your properties, they have to pay you rent. Some properties charge more than others!

You’ll aim to dabble in some set collection. Once you own a complete set of same-coloured properties you can start developing it, which increases the rent. As the game progresses, the non-purchasable spaces between the properties become safe zones – including passing Go, and the jail!

As you’re no doubt aware, Monopoly has spawned countless editions. This is the ‘classic’ version of Monopoly: Old Kent Road, Mayfair, and everything in between. It comes with a few modern player pieces, too – will you play as the rubber duck, the T-Rex, or the penguin, among others?