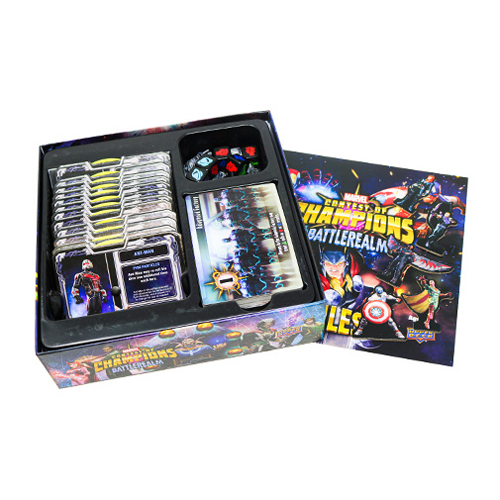 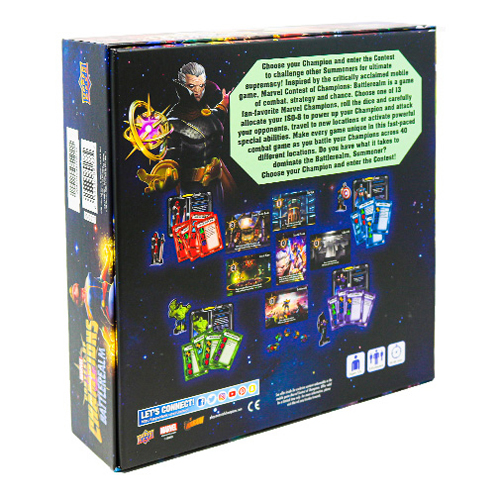 you could earn 3859 victory points

you could earn 3859 victory points

Marvel Contest of Champions: Battlerealms is a brand new, unique game set in the “Contest of Champions” universe. In Battlerealms, players take control of a character, roll dice to activate powers, and zoom across different locations to gain points or take points from other players.
Read More
Category Board Games Tags Marvel, Upper Deck Entertainment SKU ZBG-UPD89187 Availability 1 in stock
Share this

Don’t you just hate it when people are having such a good time and you have to keep hearing about it all over social media? I’m currently in my all-inclusive resort in Mauritius, sunbathing and drinking cocktails, and yet people keep going on about how amazing the film ‘Avengers: Infinity War’ is.  Stop bragging about it already! Some of us aren’t able to get to the cinema right now.  So rude.

Apparently it’s an excellent film, but what’s also (and arguably more) exciting, is that we are nearing the release date of an awesome looking Marvel themed board game, called Contest of Champions: Battlerealm, by Upper Deck, based on the successful mobile game, which hits stores on June 30.

Yes, the title is rather wordy, and I didn’t receive a reply to my email suggestion of naming it ‘Marvel: Fighty McFighty Face’, but it looks decent, and you can pre-order it now, meaning you could soon be that person on social media annoying those who don’t own the game, by telling them how amazing it is. Even better, invite them round to play, and destroy them (in the game, not just in general).

I’ll get this comparison out of the way early, as it’ll no doubt be said a lot, but this game seems like a Marvel themed version of King of Tokyo, but with added complexity. It’s a super hero, battle royal dice-chucker, with a whole bunch of special abilities thrown in. If you haven’t played King of Tokyo – it’s amazing –and I thoroughly recommend you play this first.  Given its popularity, a Marvel ‘version’ of this game is bound to go down very well.

The game is 3-6 players and average playtime is around 45 minutes.  There are 13 heroes for you to choose from, and so all the favourite Avengers are present. Each hero has their own character sheet, complete with special abilities and a wheel for their PvP stat (essentially health/victory points), as well as corresponding special ability cards, and a reference sheet for said abilities.

Your goal in Contest of Champions is to either score 21 PvP points, or to knock-out all of your other opponents (again, in the game – real life punching is frowned upon). Once you have lost all your PvP points, you are out of the game, and the player who knocked you out receives three bonus PvP points.

You can pick from a number of starting locations (there is a huge amount of different locations in the box), however the crystal prison will always be in play. Locations can be destroyed, at which point a new location card replaces it. However, when someone is knocked out, the location they are in is removed from play and is not replaced, meaning locations become fewer as players are knocked out of the game. Locations also contain their own special abilities, for those heroes on or travelling to them, to utilise.

On your turn you will roll a whole bunch of dice with different colour symbols. Each symbol/colour on the dice has it’s own function, as well as corresponding to the heroes’ aforementioned special abilities, based on certain combinations which are rolled.

You can re-roll your dice up to two times before the final result is applied, except for yellow dice (mutant) and green dice (science). Roll three mutant dice and you’ll be sent to the crystal prison until you roll another triple. Roll three science dice, and there will be an explosion, dealing damage to everyone in your location.

Thoughts on Contest of Champions

The components appear to be of excellent quality; there are a huge number of heroes to choose from, and there are tons of locations to boot.  The artwork is also very good (as expected), managing to reflect both the comic books and the films.

The huge amount of special abilities one would assume adds a lot of replay value, as it will probably take you a long time to know/remember which character does what, let alone the additional special abilities on each location.  Given there are so many, I’m confident that this can be played dozens of times over and you’ll still need to be checking your reference cards.

Of course this is not always a good thing, but given the growing popularity of battle royal/last man standing type games, this ‘Marvel Contests of Champions: Battlerealms’ promises to be a hulk-load of chaotic super-hero fun. Sorry, had to get one pun in there.