Labyrinth is the race for treasures in a moving maze! Be the first to collect all your treasures by shifting the walls of the labyrinth to create a clear path. Players take turns to search the Labyrinth for their magical objects and characters by carefully moving through the constantly changing maze. The treasure cards are divided between the players, without revealing them to the o…
Read More
Category Board Games Tags Labyrinth, Ravensburger SKU TRV-264483 Availability 4 in stock
Share
Share this
80% 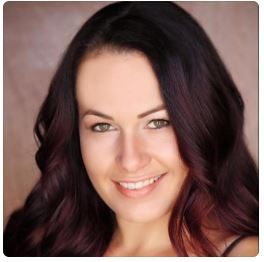 Labyrinth is the race for treasures in a moving maze! Be the first to collect all your treasures by shifting the walls of the labyrinth to create a clear path. Players take turns to search the Labyrinth for their magical objects and characters by carefully moving through the constantly changing maze. The treasure cards are divided between the players, without revealing them to the other players. The maze cards are randomly placed on the playing board and the first player uses the extra card to start moving the first wall. It is up to you to strategically move the walls so you can collect your treasures, but block the path for the other players.

A-MAZE-ingly Great Fun
This is an excellent game of strategy and luck. First released in 1986 Labyrinth has been a family classic for over 30 years.

This action-packed game of mystery is ideal for parties, family game nights, and anytime kids feel like playing in a land of strategy and imagination.

If you’re looking for a great game to kick off a games night, or simply a fun pick up and play game that you can play with any friend or family member, then look no further. Labyrinth is an exciting race for treasure in a constantly moving maze! It’s quick to learn. The gameplay is simple but fun. You can play easily in 15-30 minutes, leaving you wanting another round. Labyrinth is just one of many games created under the Ravensburger name, responsible for a number of family hits including Jaws, Villainous, and The Rise of Queensdale that have been enjoyed by kids and adults alike, providing hours of entertainment.

In Labyrinth, you race against your opponents to be the first to reach all your treasures and return to your starting point before any other player. But, reaching your treasures is not so simple. Like the ever-moving staircases in the Hogwart’s castle, each player’s turn sees new pathways forged while others are cut short. This requires players to be strategic in how they reach their target treasures.

In the box, you will find a central player board. This contains 16 tiles which are fixed in place, and which all loose tiles are placed in between. You will also find a stack of loose tiles, a deck of treasure cards, and 4 coloured player pieces. Displayed on both the fixed and loose tiles are roads, which make up the pathways you travel along throughout the board. However, these pathways often don’t align and your player piece can only move for as long as a path connects to the next tile.

Setup is quick and straightforward. To begin, the loose stack of tiles must be randomly slotted between the fixed tiles to complete the board. This will create a series of pathways that may be cut off by adjacent tiles whose roads lead elsewhere. After all of the tiles are placed there will be one leftover.

Next, the deck of treasure cards are shuffled and dealt evenly to each player. Players should keep their cards in a pile face down, and can only view their top card. Each card shows a different treasure that matches a treasure on the board. This dictates the first treasure the player needs to form a path to. Finally, player pieces are chosen and placed in their respective ‘start’ positions in one of the corners on the board.

The game is now ready to begin.

The first player begins by using the spare tile to insert into a row of tiles on the board, which will see the maze shift, connecting new pathways and breaking up others. This will push out a tile at the opposite end of the row you moved. The player can then move their piece as far as they like along any connected pathway. The next player then picks up the new spare tile and proceeds to push it back into the board wherever they like. Each player continues, navigating their player piece through the changing maze until they reach their target treasure. Once the player reaches the matching treasure, they can reveal their card to the other players. They may turn over the next card to see where they need to lead next.

The first person to reach all of their treasures on the board, and return back to their starting position, wins.

I really loved the simplicity of Labyrinth. It has all the elements of a great game to kick off a games night with. It’s quick to pick up, plays in 15-30 minutes, and gets that competitive streak going with everyone but in a fun and friendly atmosphere. The replayability of this game is great and we played multiple games back to back before we moved on.

I would say this game would be at its best with a full house of players - 4. The more people playing, the more people are moving tiles to suit them. The more likely to mess up the routes that you’ve planned out to make it to your next treasure. This, to me, adds to the challenge and enjoyment of the game.

Be it luck or something else, the first game I played with my 2 friends, I seemed to have almost direct paths to all of my treasures to the point it was coming across as not challenging enough. I thought it may have just been the luck of that maze set up along with my cards, as my friends didn’t seem to have the same luck achieving theirs.

So we played again, and I had the same experience.

With 2 players there may not be enough changing of the paths to throw you off.

This will be great for people that want a relatively quick and easy game, but for those of us, that love the feeling of really deserving that win, or the suspense of not knowing if you will win, a bigger challenge is desired!