Add to Basket
Find out more about our blog & how to become a member of the blogging team by clicking here
Jan 19, 2022 Board Games, Reviews Comments Off on The Search for Planet X Review

The Search for Planet X Review

Two weeks after Christmas and whilst our other board game gifts are learned, loved and added to our regular play list, my wife has resolutely avoided The Search for Planet X.

So, is it a Christmas turkey?

Well, no. Whilst H may have given it the thumbs down, it certainly hasn’t gathered dust on the shelf. My eldest son in particular loves it and I’m only too happy to oblige his requests for another game. And that’s the truth of Planet X – it’s the Marmite (or if you’ll forgive me one last Christmas cliché, the brussels sprout) of the game world.

Who Will Enjoy It?

In essence, the game is an extended Logic Problem puzzle wrapped up into a board game. So, if logic is your thing, then you’re likely to get a lot out of Planet X. If not, it might leave you a little cold.

The Search for Planet X is a game for 1-4 players. It’s aimed at ages 13 and over, but B is a little younger and enjoys it immensely - although he’s still a little rusty on some of the tactics… We learnt the game by playing the solo version, working together as a team against the bot to solve the puzzle. And the one player mode is a real strength of the game, which myself and my two sons have gone back to again and again.

You need to download an accompanying app to play, but this is slick, easy to use and has some lovely sound effects, which really draw in the kids. B and I have only played the multi-player format a couple of times, but the handicap system is great. We can have a competitive, fairly even game without me having to throw it.

The game board is good quality and really encapsulates the space theme. It’s double-sided, allowing you to play a standard and extended version. On the standard side, you have a solar system split into 12 sectors. You take on the role of an astronomer with a mission to map out the solar system by finding out what (comet, asteroid, dwarf planet, gas cloud, empty space or the elusive Planet X) is in each sector.

The instructions are very clear, so you can get up and running in minutes. TIP: You may find it helpful to start as we did, working together on a one player game to help each other learn tactics.

As I mentioned, there is a handicap system. You start the game by setting each player’s starting level and the app gives players a different number of clues according to the handicap. To help solve the puzzle you are told how many of each item there are in the solar system and have standard rules about the positioning of each item.

After each player has marked out their clues on their individual scoresheet (which again, is exceptionally well-designed) the game begins.

Players take it in turns to complete actions to uncover more clues to solve the puzzle. There are four actions you can take each time:

Each of these actions has an accompanying ‘cost’. That cost plays out in the number of moves your player pawn (definitely the weakest part of the game’s design) makes around the board. Rather than proceeding in a fixed turn order, the next player is the person who is furthest behind on the game board. Do you Target to get some definitive information? Or do you Research so you can have a few more turns before other players?

There are a couple of other game points, which keep things interesting. Every few moves you get to submit theories based on what you know, and there are conferences where the app gives all players more information about the location of Planet X – this can be a real leveller!

The game ends when one player successfully locates Planet X. However, the winner is not necessarily the one who finds Planet X first. Whilst this gives you a big lead, there are bonus points for submitting correct theories or identifying where other items are in the solar system. So, you might want to get tactical and take an extra couple of turns to find out more and earn more points.

The box suggests a game time of 60-75 minutes, but even on first plays, we’ve found a one or two player game much quicker. We’ve started out on fairly easy difficulty levels - which still presents reasonable challenge - but a game on Genius mode, where you don’t get any starting information, will take much longer!

So, it’s not a Christmas turkey, but is it a cracker?

I’m going to rate The Search for Planet X fairly highly for a certain type of player. The instructions and design are excellent – with the exception of those cheap and plasticky player pawns. It’s also extremely replayable. There are range of difficulty levels, you can handicap players and there are almost infinite different grid positions and clue selections defined by the app. Just make sure you don’t get it for someone who doesn’t like logic! 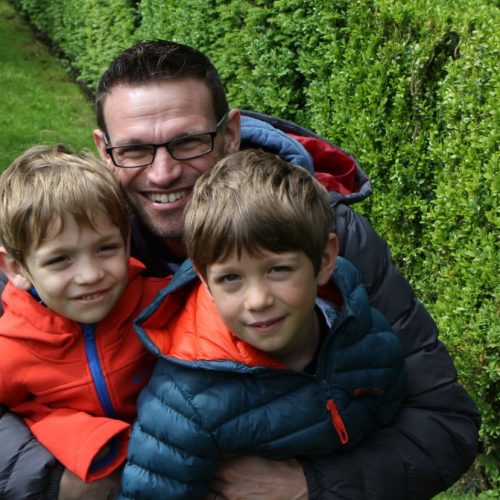