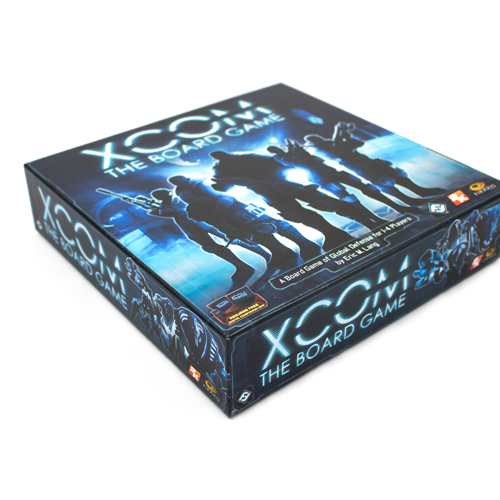 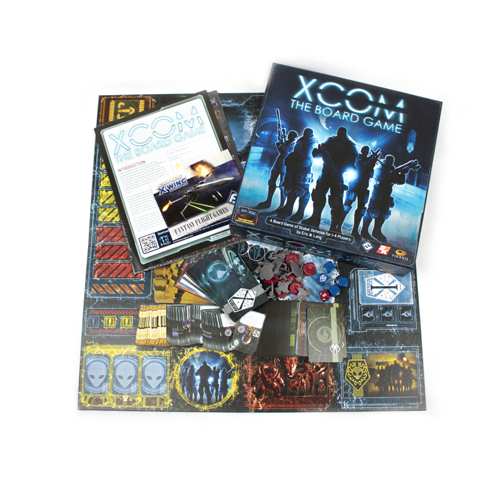 Xcom The Board Game

you could earn 4614 victory points

you could earn 4614 victory points

In XCOM The Board Game, the alien invasion has begun. Early encounters have only served to prove that the worlds militaries are hopelessly out-gunned. Panic leads to riots and governments struggle to maintain any control. Human civilization is on the brink of collapse. As the department heads of XCOM you and your friends must succeed where the worlds militaries have failed. You lead…
Read More
Category Board Games Tags Eric M. Lang, Fantasy Flight Games SKU ZBG-FFGXC01 Availability Restock Expected
Share
Share this
82%

In XCOM The Board Game, the alien invasion has begun. Early encounters have only served to prove that the worlds militaries are hopelessly out-gunned. Panic leads to riots and governments struggle to maintain any control. Human civilization is on the brink of collapse.
As the department heads of XCOM you and your friends must succeed where the worlds militaries have failed. You lead the elite members of an international, military organisation which is funded by a secret coalition. It is your job to destroy UFOs, research Alien technology uncover the alien invasion plan and find some way to turn back the alien invaders. You must do this all while preventing the collapse of the governments that secretly fund your organisation.
Paris has fallen. New York is a pile of rubble spilling into the Atlantic. Alien attacks against Nanjing and Changzhou prompt widespread panic throughout the streets of Shanghai. Defense satellites detect UFOs in orbit over Mexico, Russia, and Brazil. Military responses have proven ineffectual. Fear and anxiety lead to widespread riots. Human civilization stands upon the brink of collapse? You are humanity?s last hope. In XCOM: The Board Game, you and up to three friends assume the roles of the leaders of the elite, international organization known as XCOM. It is your job to defend humanity, quell the rising panic, and turn back the alien invasion. Where the world?s militaries have failed to stand against the alien invaders, you must succeed. To do so, you must make strategic use of the resources available to you. You must launch Interceptors to shoot down alien UFOs, assign soldiers to key missions, research alien technology, and use that technology to defend your base, all while you try to keep the world from collapsing just long enough that you can coordinate one final mission to repel the invaders for good.

We bought XCOM: The Board Game almost as soon as it was released in early 2016. It was a selfless act where I agreed I would play the game once with Amy because she is a big fan of the video games, whereas I am completely not interested in the video game or the theme of aliens attacking Earth. 18 months later and XCOM is one of our most-played board games.

XCOM: The Board Game - The Story

XCOM is a real-time co-operative game that works in two phases and was one of the first board games to be driven by an app on your tablet or phone. There are four different roles in XCOM: The Board Game, so it's ideally suited to playing with the full player count, although if you don’t mind playing with multiple roles, the game could be played with one, two, three or four players and most often we actually play this as a couple, taking on two roles each.

You and your fellow players are members of XCOM, an elite international organization who are fighting an escalating invasion of alien UFOs, aiming to succeed where the world’s militaries have failed. The app controls a constant stream of invasions and crises across the global map, whilst you try to send out troops on missions, defend your base and all areas of the globe in the best way possible to maintain the trust of world leaders and ensure that XCOM continues to have enough funding to eventually complete its final mission - ensuring the future safety of the world.

Each player chooses one role, each with their unique responsibilities; the game is completely asymmetrical, though the basic gameplay remains consistent between roles. The Scientist is responsible for researching new technologies and is probably the easiest role for new players, though no less vital to the team’s success!

Finally, the Central Officer controls the app, relaying which actions must be performed at which time, along with tracking UFO landings, and controlling the orbital defense systems.

Each turn consists of a timed phase and a resolution phase. During the timed phase the app will guide players to deploy their troops/planes/scientists/satellites to different areas of the board; it will also unveil the alien threat.

During the resolution phase you must then pay for the deployed units and complete their actions. While scientist and soldiers might have very different functions, in practice they play the same. For each token/model you have deployed you get one XCOM dice (a six-sided dice with two success faces), which you roll alongside the alien dice (an eight-sided dice).

Each time you attempt a task you roll all these dice, adding successes against the task as you roll them. You can keep rolling as much as you want, unfortunately the alien dice doesn’t want to make things easy. Each roll you attempt adds one to the game’s threat meter, should the alien dice roll below your current threat level then all your assigned troops have been killed in action!

If your planes are destroyed, or your troops killed, you might want to think about saving some money next turn to build or recruit more, otherwise you’ll quickly become unable to complete missions and tasks.

The app must use an algorithm to decide when you’ve completed enough missions to complete the game and you will have the chance to win by completing the final mission, so long as you have not already lost the game by either having two continents collapse by hitting the final zone on the panic track, or by having your base destroyed.

XCOM: The Board Game does a great job in bringing the video game to life, with the four roles all representing major characters from the video game. It also brings with it the merciless difficulty and elements of luck that the XCOM series is known for.

Fortunately, even if you play on the easier difficulties the game remains challenging enough to be engaging.

Once you have the swing of things it’s well worth trying the hardest difficulty because the game becomes manic with much tougher aliens and stricter time limits. You really have to work together as a well oiled machine if you want to protect the Earth.

XCOM solves the major issue that many co-op games have of the alpha player - due to the distinctive roles and limited time it’s near impossible for one player to take over the game. Everyone feels useful at all times, but the co-operative nature means you feel each other’s highs and lows.

The app does a wonderful job of controlling the game, along with atmospheric music which sucks you in. To top this all off the game includes a good number of minis, with unique molds for each of the soldier classes allowing you to see the state of the game at a glance.

My initial apprehension about XCOM: The Board Game was overcome after our first game. There’s no rule book in the box so we jumped straight into a tutorial mission with the app guiding the way. In what seemed like a few minutes later, we’d finished the game and looked at the clock to realize that two hours had passed.

The game balance seems really well considered and also thematic. When you’re doing badly, people lose confidence in you so you get much lower funds, but when you’re doing well the aliens notice and come down on you like a ton of bricks. It almost always feels like you’ve just squeaked a victory.

The app also times the game really well – I don’t think there’s a fixed number of missions before the final mission but I always feel like the final mission comes just when we’re at the point of a near failure or when I’m starting to feel like I’ve played enough standard rounds of the game.

Even if you’re not into the theme I’d recommended checking out XCOM: The Board Game. If you’re a fan of co-op games and even if you’re slightly apprehensive about the real time aspects, I think this game gets it just right, with the right level of stress and then a chance to resolve your actions at your own pace.

I have not experienced many games that surpass this co-operative experience in terms of how much you need to work as a team to balance the budget, research the right tech, use tech cards at the correct moment and prepare for crisis cards – communication under pressure is key.