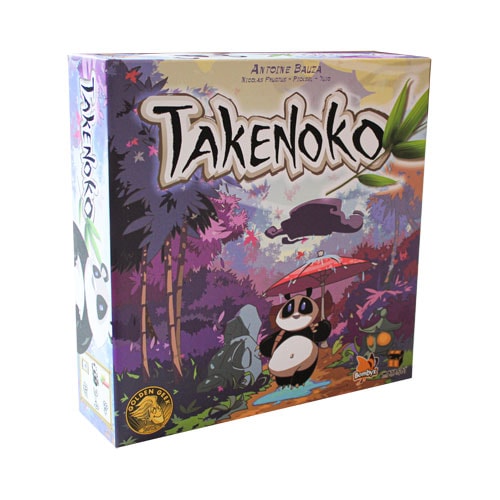 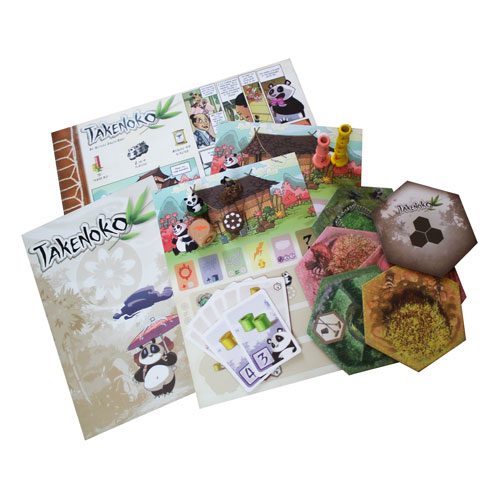 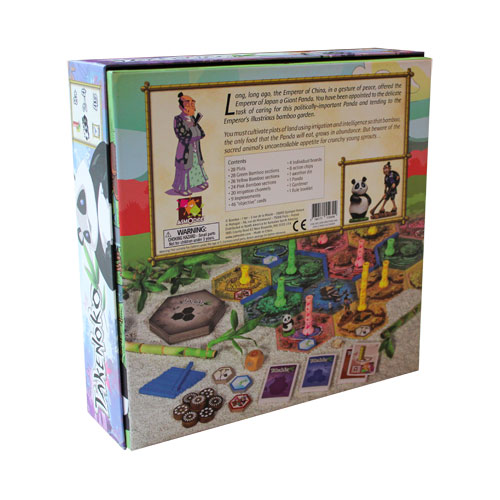 you could earn 3099 victory points

you could earn 3099 victory points

Add to Wishlist
Roughly translating as ‘bamboo sprout’, Takenoko by Bombyx is an adorable board game all about tending to the needs of a hungry panda. Set in the Japanese Emperor’s garden, 2-4 players will compete in an action points allowance system, where they are aiming to complete secret mini-missions – whether that be feed the panda or grow the garden to a particular size (or height). …
Read More
Category Board Games Tags Antoine Bauza, Asmodee, Best Sellers, BGG Golden Geek, Great For Two, Great Gifts, Platinum, Podcast Approved, Podcast Episode 5, Podcast Episode 9, Takenoko SKU ZBG-ASMTAK01EN-2 Availability 5+ in stock
Share this
92%

Roughly translating as ‘bamboo sprout’, Takenoko by Bombyx is an adorable board game all about tending to the needs of a hungry panda. Set in the Japanese Emperor’s garden, 2-4 players will compete in an action points allowance system, where they are aiming to complete secret mini-missions. These missions could be to feed the panda or grow the garden to a particular size (or height).

The garden in Takenoko starts out as one hexagonal pond tile. Two pre-painted minis – the panda and the gardener – begin here. This garden will grow in a modular fashion through the game as players race to complete seven Objective Cards (in a four-player game).

The key to Takenoko is completing those Objectives. They range from feeding certain types or quantities of bamboo to the panda (there are common green tiles that grow green bamboo, less-common yellow, and rarer-still pink), to having certain alignments of garden terrain (such as a row of 3x yellows, for example), to having a certain amount of bamboo grown in a certain tile. Rather deliciously, these objectives clash somewhat; while Player A is trying to grow bamboo using the gardener, Player B might be more interested in feeding it to the panda!

To add spice, tiles have to be within an irrigation network in order to grow bamboo. Therefore, tile placement is a real consideration. Some tiles will also have symbols on them, meaning that bamboo grows at twice the rate, or perhaps it cannot be fed to the panda at all. These symbols can also be acquired to place on plain tiles, meaning you can control the layout to a degree.

There is no limit as to how many Objective Cards you complete on your turn, but your hand size is limited. Helpfully, on your turn, you also roll a Weather Die. This will inform you which of the six bonuses the weather gives you (ranging from an additional third action to select, to having the option to take the same action twice, and so on).

Takenoko is wonderfully vivid. And since there are literal bamboo towers that you’ll build, along with a cute, mini panda moving about, it gathers lots of attention from curious passers-by. Gameplay is simple to grasp and games last about 45 minutes. Simply put, Antoine Bauza’s Takenoko ticks every box going for being a brilliant gateway game!

Takenoko is a tile laying, strategy and resource management game designed by Antoine Bauza, published by Bombyx and Matagot Games. It does not strictly fall into any of those categories, but brings some of the best elements from each of those genres together into a captivating experience.

The setting is Japan, a long, long time ago, and the art style perfectly represents this. Each component of the game contributes to the style whilst being a functional game piece. The narrative sees peace brokered between Japan and China, with the Giant Panda gifted as a symbol of peace and the commercial alliance between the two nations.

Takenoko consists of a considerable number of individual components, all of which are well constructed and visually appealing. It includes two miniatures (Imperial Gardener and Giant Panda), tiles for board construction, wooden bamboo shoots, player board, weather dice, objective cards and a few smaller components to contribute to gameplay.

All of these lively little components come packaged in a neat box for storage and easy access during setup - with a bright box insert included!

At the beginning of the game each player is given the following components:

The starting tile is placed in the centre of the playing area, with the Panda and Gardener being placed on the starting tile. The remaining objectives and plot tiles are shuffled and placed faced down to draw from. All remaining components are set aside in various draw piles.

In a unique little move, the makers of Takenoko decided that it should be the tallest player who gets to start the game. He or she will then complete the following steps in order:

Each of the six sides of the die represent a unique weather condition that will affect the players turn:

This is the most random aspect of the game, which is good for players who like to have more control over their experience.

The following five actions are available to choose from, and they must always be unique. The only time this is different is if the weather dice allows the player to choose more than two actions, or to perform the same action twice.

At any point during the active player's turn, when an objective is met, this objective can be claimed for victory points. Based on the number of players, the “game end” will be triggered after a pre-defined number of objectives have been completed by a single player. All other players get one final turn to attempt to complete more of their objectives.

The gameplay for Takenoko initially struck me as simple and fun (both these points are important aspects for ANY game attempting to get people playing). After playing a couple of games, it became clear that there is a hidden depth to the strategy elements.

The first step is identifying the power plays available within the confines of the rules.

As you identify each of these power plays, the dynamic of the game shifts. For experienced players, this is where Takenoko can be extremely rewarding. A battle of wits to test your individual skill against your opponents.

Just make sure everyone is playing at the same intensity/level or it will become an unpleasant experience for the more casual players.

Takenoko is a fantastic game to grab from the shelf for a quick-play session, or as a warm-up to your game evening. This game also provides a great gateway to introduce fresh players to the concept(s) of complex board games. This does not mean that Takenoko is not enjoyable for experienced players, because the game can be rewarding for carefully planned strategies.

This is one of the most visually rewarding gaming experiences in a box you can get. From the comical gardener to the detailed plot tiles, each element will catch your eye in a unique way.

Overall this is a good game to have in your collection and will always be fun when it's laid out, though it will eventually be relegated to the new player gateway shelf.