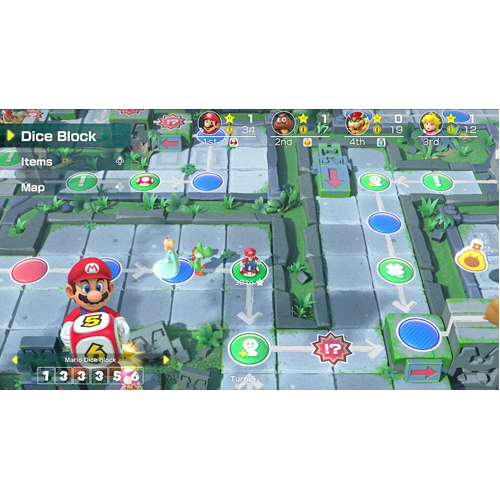 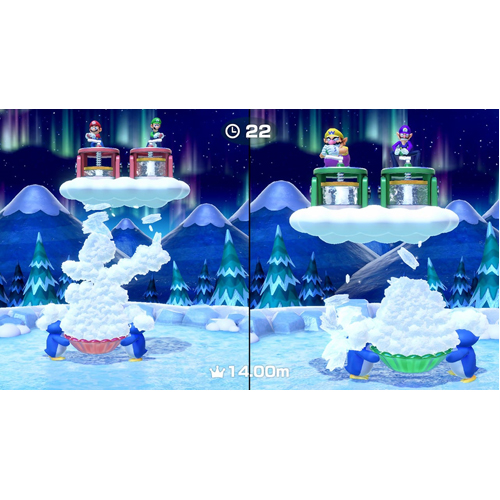 Pay in 3 interest-free payments on eligible purchases. Learn more
Success! We will let you know when this product is available again.
Your email address has been unsubscribed!
Your email address has been unsubscribed!
Notify me when this product is available to purchase!
This email address is already subscribed to this product!
Let’s get this Super Mario Party Started! The original board game has been enhanced for even more fun than before. Think strategically as you decide your characters and plays. There are even more ways to play on the Nintendo Switch; race around the board with up to 4 players, or choose to play on your own. With even more modes and plenty more minigames, you can enjoy the party…
Read More
Category Video Games Tags 3-5 Years, Best Sellers, Nintendo, Nintendo Switch, Party Video Games, Software, Super Mario, Super Mario Video Games SKU VCD-222370 Availability Out of stock
Share
Share this
76%

Let's get this Super Mario Party Started! The original board game has been enhanced for even more fun than before. Think strategically as you decide your characters and plays. There are even more ways to play on the Nintendo Switch; race around the board with up to 4 players, or choose to play on your own. With even more modes and plenty more minigames, you can enjoy the party anywhere, anytime and with anyone!

The Super Mario family of games is one of the most well known in the realm of video games and Super Mario Party is a welcome addition. Released in 2018, Super Mario Party beautifully combines the fun of rolling dice and moving around a board with the joys of digital animation. It creates a fun and frustratingly competitive four-player board game. With a host of minigames, Super Mario Party is a great way to keep party guests entertained, even if they don’t fancy a romp around one of the four main boards. It’s true that certain aspects can prove… irritating, but with a great deal more variation than in previous editions, there’s something for almost everyone here!

The main feature of Super Mario Party is its four main boards. Players move around collecting coins, gathering allies, and swiping the all-important stars. The aim of the game is the same no matter the boards. Collect more stars than your opponents and be crowned victorious. The boards themselves add unique challenges to the gameplay. Whether it’s a rolling boulder, an ever-changing path, or a ticking bomb, each board is different, and each game feels as exciting as the last.

Each game is made up of four players. If you don’t have the full four, the game will generate however many are needed for play. This allows for single play, although I would strongly recommend against it given that the computer characters don’t go easy. In fact, they’re a bit of a pig to beat. Each round, players roll a die and choose where they want to move to. Once everyone has had their turn, each round ends with players being launched into a random minigame to win coins. With the sheer number of minigames, there is little need for repetition, so you don’t feel bored with the games presented to you. This cycle continues until a set number of rounds is done and then it’s on to end-game scoring.

This final scoring is unfortunately where Super Mario Party loses me. The gameplay itself is delightfully competitive, especially when there are four of you playing. At the end, bonus stars are awarded from a set of criteria such as most spaces moved. As the criteria used are random, you can never anticipate how to rig it, which does add an element of fairness. However, it can be quite disappointing, even if you end up winning.

Players who collected no stars during gameplay can find themselves thrust to victory, making their win feel undeserved and leading to a sense of deflation from the other players. What's worse is, in games with computer-controlled characters, they can rake in all the bonuses and the actual players are left trailing in their wake. As I say, this is an attempt at adding an edge to games while remaining unbiased but, in reality, it’s just frustrating and makes players feel like they’ve just wasted their own time. There is also no way to stop this random giveaway at the end and so it just leaves a cloud over what would otherwise be a delightful gaming experience.

Something that sets Super Mario Party apart from other party games is the sheer quantity of minigames. Across the whole game, there are a whopping 80 minigames. You can play these in Party Mode or at your leisure. Whether it's hoovering up dust in a mansion or racing to climb a flagpole, everyone will find something to enjoy. Super Mario Party also brings a charming and impressive selection of 20 playable characters, the largest selection in the series so far.

Also, creators have spiced things up a bit! They have given each character a personal die which you can use when you play as them or gain them as an ally. These can offer unique perks, such as offering to move 10 spaces, but can carry risks, such as losing coins. This is a nice quirk that just adds an extra bit of variety to the gameplay.

Super Mario Party is a great game packed to the rafters with minigames and content that is devilishly competitive and just good fun. It brings the classic and physical aspects of board gaming we know and love and pairs them with a well-designed digital format. All of this makes Super Mario Party a winner in my books.

The end-game scoring in Party Mode is at best frustrating and at worst disheartening. However, in groups of four, this mostly adds to the competitive nature of the game and doesn’t take too much from it. Admittedly, I would like to see this mechanic reworked or removed entirely but I can settle for it just being a nuisance.

Also, as each player has one joycon, you only need two full sets and so you aren’t limited by the cost of joycons. In short, Super Mario Party provides an alternative to Mario Kart, although, despite its stellar concept, I don’t see it replacing its karting competition as a party favourite any time soon.