THE BEAUTIFUL WILDERNESS OF THE SUNSET OVER WATER Sometimes you need to get off the beaten path to find a beautiful landscape to paint. Wake up early, hike deep into nature, and find your perfect spot. Some paintings sell for commissions, others youll keep for yourself, but youre always going that extra mile to find inspiration. OBJECTIVE Over six days, players gain Renown by hiking…
Read More
Category Board Games Tags Eduardo Baraf, Keith Matejka, Pencil First Games LLC, Podcast Approved, Steve Finn, Stunning Artwork SKU ZBG-PFX700 Availability 3+ in stock
Share
Share this
85% 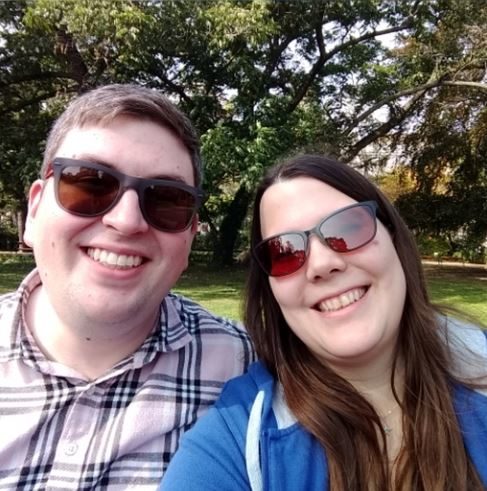 THE BEAUTIFUL WILDERNESS OF THE SUNSET OVER WATER
Sometimes you need to get off the beaten path to find a beautiful landscape to paint. Wake up early, hike deep into nature, and find your perfect spot. Some paintings sell for commissions, others you’ll keep for yourself, but you’re always going that extra mile to find inspiration. OBJECTIVE
Over six days, players gain Renown by hiking to beautiful locations to paint landscapes, which they’ll later sell. Each day, players choose a Planning Card, which allows them to travel through the Wilderness and paint (i.e., pick up Landscape Cards). At day’s end, they can sell paintings to earn Renown (i.e., turn in Landscape Cards to gain Commission cards worth Renown). Players also earn Renown by completing Daily Goals and by possessing Landscape Paintings at game’s end. GENERAL PLAY
Each day starts with a simultaneous Planning Phase, followed by individual Trek Phases, and ends with a Clean Up Phase. After the sixth day, a final Scoring Phase occurs. Planning Phase: Players draw three Planning Cards and select one for the day. This sets the time they'll leave (initiative) how far they can move, and how many paintings they can paint.
Trek Phase: Based on when players started their hike, each player completes their Trek Phase. During their Trek phase they'll move through the Wilderness, paint landscapes, and sell as commissions for Renown. There is also a end of turn check for the Daily Goal.
Clean Up Phase: Once all players have taken their Trek Phase, the Wilderness, Commission Cards, and Daily Goal are update and then next day begins.

Have you ever wanted to just wake up, go trekking to a beautiful landscape and paint a picture?  If yes then this is the game for you!

The theme is very simple, go and "paint" landscapes with certain features in order to earn points.  Is the game as pretty as the box would suggest? Does it have enough strategic choices to draw players in?

The Game and Set Up

Sunset Over Water from Pencil First Games is, at its base, a set collection game.  Players have to collect cards of certain landscape types in order to fulfil commissions, which generate points.  The commissions cards are varied and can require players to collect multiple paintings.  Some commissions specify the types of landscapes required on the card. Others have a minimum requirement, such as you could have a mountain with either no other symbol, one or two other symbols.

The game is very simple to set up.  First of all the deck of landscape cards is shuffled and then the top 25 cards are placed out in a five by five grid.  The commission cards are shuffled and a number of these are then revealed to the players (cards equal to the number of players plus one).  The commission card on top of the deck is also turned face up so players can see what they need to work towards.  The daily goals are shuffled and the top one revealed.

Players then chose a colour and take their set of small action cards and their artist.  All players start with their artist on the card in the middle of the grid.

Each round starts by drawing three action cards.  These tell you when you wake up, how far, and in what direction, you can move, and how many paintings you can select to paint.  Each player chooses one of these cards secretly and places it on the table in front of them.  All players reveal the cards they have selected and whoever has woken up the earliest starts that round.  The players will discard the action card they have drawn at the end of the round.

During their turn players will move up to the number of spaces in the direction stated on their card.  They cannot move through an empty space, change direction whilst moving or end in a space occupied by another player. They will then select the paintings which they have passed over that they want to paint.  A player can select the painting which they are standing on but they cannot select a painting occupied by another player.

Once the paintings have been selected the player will then see if they have got the correct paintings to complete any of the commissions.  If so they trade the relevant painting or paintings in for the commission card.  Once all players have had a turn in a round, they look to see whether the daily goal has been completed and the relevant player takes this card.

The grid of paintings is then restocked from the supply, new commissions are set out, if possible, and a new daily goal is revealed.

Play continues in this way for six rounds, the last round being when players only have three action cards to chose between.  Players then add up the points they have received from commissions, daily goals and for every two symbols left on the paintings they have left.  The player with the most points wins.

You may also wish to know that there is a solo variant for the game, although I have not used this.

I will start by saying that Sunset Over Water is very pretty!  The pictures on the cards are very high quality and really help to make this game.  Whilst the cards are very clear as to what landscape they are trying to show, the key at the top of the card only helps to clarify this further, making them very accessible at a glance.

Granted, there is not a lot of deep strategy in this game.  The hardest decisions are often whether you want to wake up early but potentially collect fewer paintings; or whether you would rather collect more paintings but find someone has taken the one you wanted, or the commission you were working towards, before your turn.  However, when playing Sunset Over Water you realise that deep and complex strategy decisions would not suit this game at all.

If you are looking for a deep game with a lot of strategy then this probably isn’t for you.  However, if you want a game which will really stand out on the table and is calming in its simplicity, you should give this one a try.