Snow White And The Seven Dwarfs: A Gemstone Mining Game

Play Snow White and the Seven Dwarfs: A Gemstone Mining Game and press your luck as you collect valuable gems from the mine and earn bonus points by discovering gem combinations from Snow White objectives. In the game, which is based on Quartz, you and your fellow dwarfs do what you do best — mine for gemstones. It’s off to work you go, collecting as many as you can to trade…
Read More
Category Board Games Tags Andrew Wolf, Disney, Sérgio Halaban, USAopoly SKU ZBG-USOQZ004494 Availability Out of stock
Share this
78% 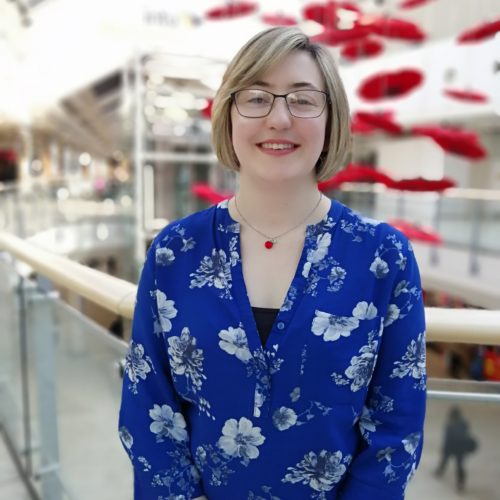 Play Snow White and the Seven Dwarfs: A Gemstone Mining Game and press your luck as you collect valuable gems from the mine and earn bonus points by discovering gem combinations from Snow White objectives.

In the game, which is based on Quartz, you and your fellow dwarfs do what you do best — mine for gemstones. It's off to work you go, collecting as many as you can to trade in for Snow White pie points. Beware of your friends as well as the dangers that lurk in the mine that could force you to return home empty-handed. Have the most pie points after five days in the mine, and you win!

Gemstone Mining has been produced by regular Disney-collaborators USAopoly, in collaboration with Passport Game Studios (as it is based on their original game, Quartz). In a departure from many of USAopoly's other film-related games, Gemstone Mining is a quick, light game, designed to be accessible to all ages (8+).

Inside the Box: Entering the Mines

As we've now come to expect from USAopoly, the boards and components of Gemstone Mining are a very high quality, and the artwork is gorgeous: fans of the old-style Disney animation are definitely in for a treat.

There is one main game board, which is used to track the days spent in the mine (each day is one round of the game), and each player gets a board in the shape of a mine cart with their Dwarf's picture and a handy reference guide.

What steals the show is the 'mine' – a medium-sized black cloth bag which contains a grand total of 68 very sparkly gemstones. Incidentally, if you've ever played USAopoly's Thanos Rising, you'll notice you're holding AN ENTIRE BAG OF INFINITY STONES. Try not to get too giddy.

Gameplay: Off to Work we go

The main objective in Gemstone Mining is to collect as many gemstones as you can, and after a hard day's work down the mines collecting all these stones, what better reward for the Dwarfs than some tasty pie! Your collected gemstones therefore convert to Pie Points, based on rarity: the most common gemstone, Topaz, is worth one point, and the rarest gemstone, Diamond (accounting for only two of the total 68 gems), is worth eight points.

Of course, nothing is ever straightforward – there are a myriad of (children-friendly) dangers to hamper your gem-collecting plans. The biggest danger is Obsidian, which makes up a scary 18 out of the 68. If a dwarf is unlucky enough to collect two Obsidian in his mine cart, he has an 'accident' and loses all the gems that he's collected so far. This turns the seemingly innocuous task of picking gems out of a bag into something genuinely nerve-wracking, particularly if you have one Obsidian already – how long will your luck last?

During a turn, you can mine for gems (picking them out of the bag), leave the mine with your hard-earned gems (if, like me, you scarper at the mere sight of Obsidian), or play a card. Cards are split into Action Cards or Reaction Cards; the latter can be removed from the game to make gameplay less complex if you have younger players.

Action cards either assist individual players by allowing them to mine multiple gems at once, or thwart other players' progression, usually by sneakily off-loading your Obsidian onto their mine carts.

Subsequently, what Reaction Cards do is allow you to counter these fiendish plans. The Action Card 'This Isn't Mine', which allows you to dump Obsidian on a player who doesn't have any yet, can be countered by the Reaction Card 'Not Mine Either', which returns the Obsidian to the mine. This back and forth gameplay, similar to the 'Nope' cards in Exploding Kittens, often has hilarious results, and is extremely satisfying when it goes your way.

I think the Reaction Cards add a level of liveliness that is sorely needed on some rounds – when players don't have any cards they can use in their hands, Gemstone Mining can turn into a slightly monotonous game of picking gems out of a bag. Personally I don't believe they add much complexity to the game and think it would be a shame to remove them.

Naturally, we couldn't have the Seven Dwarfs without Snow White popping up somewhere too. At the start of every day, Snow White requests a certain combination of gems, seemingly entirely for her personal use (is she building an Infinity Gauntlet too? Who knows). The Dwarf who is the first to leave the mine with Snow White's order of the day is rewarded with bonus Pie Points, which often does make it worth it to pay attention to her demands.

So, leaving the mine sooner rather than later keeps you safe from accidents and gives you immunity from Snow White's Snapture (...or maybe just bonus points), however staying in the mine as long as possible also has its rewards: an increasing amount of extra cards and bonus Pie Points. This means that what on the surface looks like an easy, basic game can turn into a pleasingly challenging battle of attrition – whoever leaves first is safe, but standing your ground and playing gemstone Russian Roulette often nets you much bigger rewards.

The winner of the game is the Dwarf with the highest total of Pie Points after five days' mining.

When I first played Gemstone Mining, I was surprised by its simplicity when compared to, for example, other recent Disney board games like Villainous. However, the more I play it, the more I enjoy it.

USAopoly definitely succeeded in making a game that is accessible to all ages, but they also managed to still add a level of challenge that keeps you engaged and makes you want to play it all over again. The boards and the pieces look brilliant and do the Disney theme proud, and, let's be honest, who DOESN'T want a bag full of Infinity Stones?