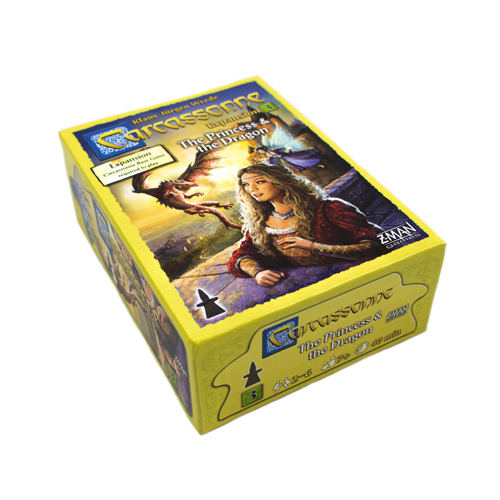 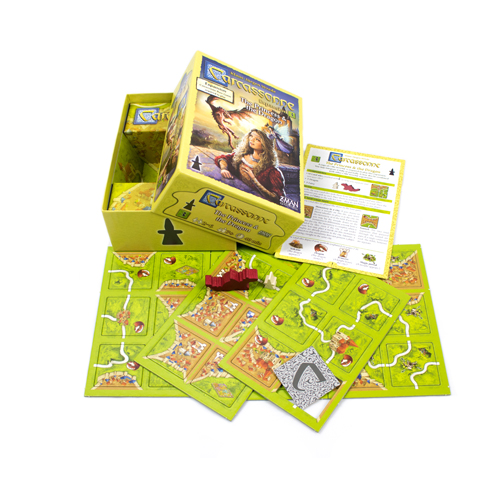 you could earn 1420 victory points

you could earn 1420 victory points

Hark brave Knight! Think you have settled well into Carcassonne? Whilst your highwaymen have been thieving, your farmers ploughing and your knights settling, a new threat and a demanding royal have appeared! The Princess and the Dragon expansion for Carcassonne is the third expansion in the series and adds the princess tiles, portal tiles, dragon and fairy meeple, and more tiles for…
Read More
Category Board Games Tags Carcassonne, Z-Man Games SKU ZBG-ZMG78103 Availability Restock Expected
Share
Share this

Hark brave Knight! Think you have settled well into Carcassonne? Whilst your highwaymen have been thieving, your farmers ploughing and your knights settling, a new threat and a demanding royal have appeared! The Princess and the Dragon expansion for Carcassonne is the third expansion in the series and adds the princess tiles, portal tiles, dragon and fairy meeple, and more tiles for extra play. This expansion adds no end of new elements and gives players a plethora of new ways to compete and gain the advantage!

The princess adds new competitive elements to the building of castles and allows the tile-laying player to cruelly remove one opposing player’s Meeples from the connected castle, much like the spoilt royal she is. The portal allows players to take hold of any unscored tiles available, allowing them to grab hold of fields, roads and castles that may not yet be claimed.

The dragon introduces new elements to tiles; volcanoes. These are the beast’s lair and he will appear there whenever one is played. Once a dragon tile has been played, he will begin his rampage throughout the realm, removing the land’s inhabitants as he goes! Luckily, players can claim the fairy’s blessing, should they not choose to place a Meeple on their turn, which will prevent the dragon from attacking whichever lucky worker is accompanied by her. If a player is lucky enough to still be blessed on their following turn, they will automatically gain a point as well!

Carcassonne’s Princess and the Knight Expansion introduces both the demanding damsel and the rampaging beast into the game as the main elements, but the addition of the portal and the fairy are excellent tactical elements. This expansion works excellently with both the core game and other additional expansions, but adds more tactical competitive elements than many of the other options. So, don your armour, win the princess’s favour and keep an eye on that fire breather!