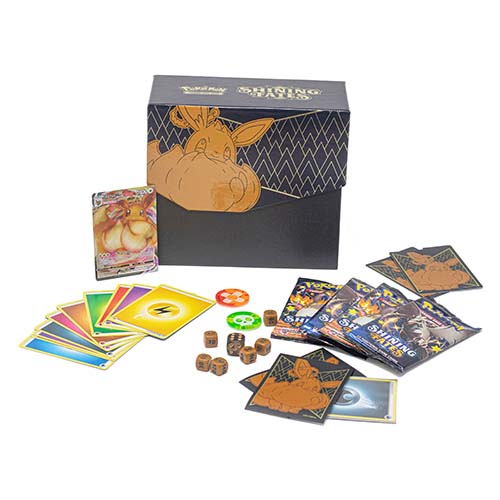 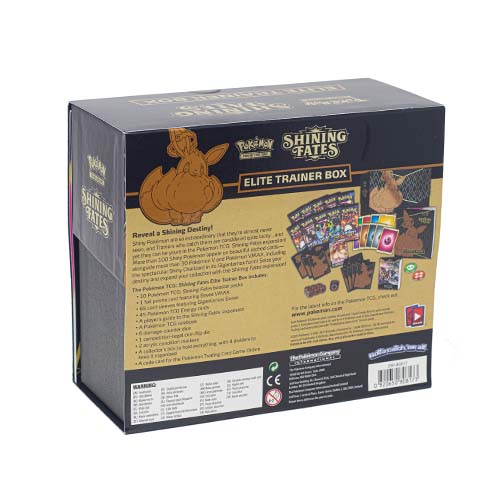 you could earn 4999 victory points

you could earn 4999 victory points

Take a new Pokemon Adventure with Shining Fates! Shining Fates is the newest mini-set released in the Pokemon TCG. Much like previous mini-sets such as Hidden Fates, it focuses on reprints of older cards with a new style. There are still a lot of new cards to collect, however! Lots of niche decks, such as mono-colourless and dark. Greedunt-VMAX and Ditto-VMAX are the stars of the sh…
Read More
Category Trading Card Games Tags Best Sellers, Podcast Approved, Pokemon, Pokemon: Shining Fates, Value For Money, Zatu Platinum Award SKU ZBG-POK80817 Availability 5+ in stock
Share
Share this
93%

Shining Fates is the newest mini-set released in the Pokemon TCG. Much like previous mini-sets such as Hidden Fates, it focuses on reprints of older cards with a new style. There are still a lot of new cards to collect, however! Lots of niche decks, such as mono-colourless and dark. Greedunt-VMAX and Ditto-VMAX are the stars of the show for decks that destroy some mainstays in the scene! More recent cards also get the shiny treatment, with Dragapult and Eternatus-V being great examples! Shining Fates packs are only available in products, and not sold separately.
The Elite Trainer Box is all you need to start your journey to Pokemon Master! Featuring 10 packs of Pokemon Trading Card Game: Shining Fates, 64 Sleeves and a promotional card of Eevee VMAX, you can’t go wrong! There are also special bonuses for players. Unlock your contents online with the Pokemon Trading Card Game Online code! Learn to play with the included instruction booklet, as well as dice and coins to count damage and status conditions!

Hello Pokéfans. I'm back to look at another special expansion for the Pokémon Trading Card Game (TCG): Shining Fates. Shining Fates focuses on those elusive Shiny Pokémon, there are over 100 of them to collect from this set:

For those unfamiliar with the game, Pokémon TCG is a collectable card game for two players. It's based on the Pokémon anime (and video game) franchise. Players can collect cards representing their favourite Pokémon from throughout the franchise's history, build a team, and battle it out. Originally published by Wizards of the Coast in 1996, it is (since 2003) now published by The Pokémon Company. Over 30 billion cards have been sold worldwide since the games initial release.

The game continues to grow and expand. Each year, new expansions add to the pool of available cards.

Shining Fates is the fourth "special" expansion, released alongside the Sword & Shield Series. This series (like the Pokémon Sword & Pokémon Shield video games) focuses on Generation VIII Pokémon and the Galar Region.  Like the Champions Path expansion before it, Shining Fates boosters are only available in specially marked products.

First released in February 2021 (UK), the set contains 195 cards. Shining Fates contains 73 cards. The 122 other cards are Shiny Pokémon and form a separate subset (Shiny Vault). One card from the Shiny Vault can appear in a booster pack, in place of the Reverse Holofoil card. The Set includes nine Pokémon V, and seven Pokémon VMAX.

Shining Fates is undoubtedly a set with high appeal for collectors. The amount of desirable (and valuable) cards is impressive. The full art shiny cards are currently on sale for £20-£30+ each. The possibility of plucking those makes cracking Shining Fates packs particularly fun!

It's also a great set to check out if you want some powerful Pokémon V and VMAX for your decks. In addition to the nine V and seven VMAX from Shining Fates, you'll have a chance to pull 17 V, 10 VMAX from the Shiny V set.

Notable cards that stand out to me are Eldegoss V, Crobat V, Ditto V, and Ditto VMAX. Eldegoss and Crobat have great abilities and make great additions to a deck. Ditto looks interesting, I think players will have fun building around it and will come up with some successful standard decks.

Shining Fates is definitely a set to check out if you're a Pokémon TCG fan.

Editors note: This blog was originally published on March 17th, 2021. Updated on September 21st, 2021 to improve the information available.