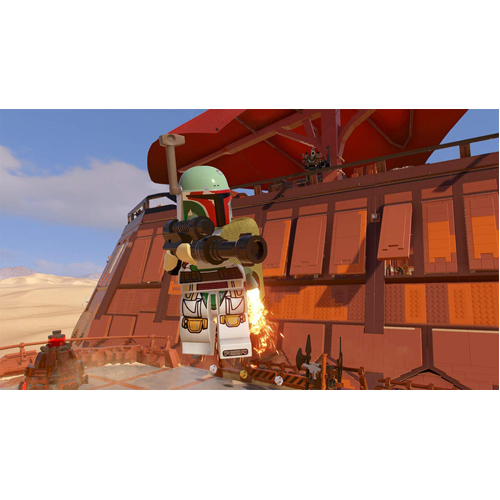 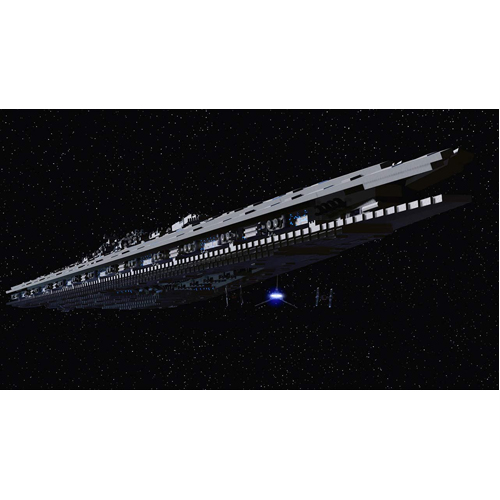 you could earn 2798 victory points

you could earn 2798 victory points

Lego Star Wars Skywalker saga is a new game in the franchise and never like before you have the freedom to fly freely through the galaxy to discover many of the saga’s most legendary locations. Over three hundred playable characters including heroes like Luke Skywalker, Qui-Gon Jinn, Chewbacca, Leia Organa, and Poe Dameron or villains such as Darth Vader, Kylo Ren, Darth Mauk and …
Read More
Category Video Games Tags Lego Star Wars Skywalker Saga, Lego Video Games, Xbox One, Xbox Series X SKU VCS-M1REAAWAR22442 Availability 3+ in stock
Share
Share this
88%

Lego Star Wars Skywalker saga is a new game in the franchise and never like before you have the freedom to fly freely through the galaxy to discover many of the saga’s most legendary locations. Over three hundred playable characters including heroes like Luke Skywalker, Qui-Gon Jinn, Chewbacca, Leia Organa, and Poe Dameron or villains such as Darth Vader, Kylo Ren, Darth Mauk and The Emperor. Experience fun-filled adventures and whimsical humour playing through all nine Star Wars saga films. Whether you are on land or in space, more than one hundred unique vehicles are at the player’s disposal, including the Millenium Falcon and AT-AT walkers. You can start your journey with Star Wars: The Phantom menace for some podracing on Tatooine. Or choose to launch right into Rey’s adventures in Star Wars: The rise of Skywalker. Complete with the hilarious LEGO brand of fun that's sure to delight players of all ages. Journey to a galaxy far, far away with LEGO Star Wars: The Skywalker saga.

Oh, how I have missed the sound of Lego clicking, collecting studs and all the funny shenanigans that make up a Lego game. I have played many Lego games over the years from other Star Wars titles, the Marvel games, Lord of the Rings and even Batman. They did get a bit samey after a bit so I have not played one for a few years but they are always games me and the family can play together and have fun, no matter what the skill levels of the players are. That is until Lego Star Wars: The Skywalker Saga arrived!

One Game to Rule Them All

The Skywalker Saga, as the name suggests is a game that encompasses all nine films of the Skywalker storyline. The three prequel films, the original (and best) set of films and the recent three films which I had issues with but that's a discussion for another time. This game will take you from Tatooine all the way to Kashyyyk and back again. You will get involved in all the set pieces from all nine films and will meet every uncanny character on the way. There is no other way to describe it than this: this game is the Lego Star Wars fan's dream. Everything is in one unique package.

From the moment the game started I know I was in for a great time. All the characters from all nine films appear in a montage, then a diorama of sorts with the legendary music playing. It gave me goosebumps, it made the hairs stand up on the back of my neck. Say what you want about this storyline, it has great highs and lowly lows but it has lasted my whole life and generates so many emotions in me. Reliving all these emotions, in the quirky, humorous Lego style will be entertaining, to say the least.

Not Just Another Cut and Paste Lego Game

I was worried, as I stated before that this would be just another run of the mill Star Wars Lego game. Having played lots of these titles before,  especially as I had played a lot of the Star Wars Lego games before, I was worried it would be a bit 'samey'. I need not have worried though, Lego Star Wars: The Skywalker Saga has a few new systems, some well-needed tweaks and a few things to keep things fresh.

Another thing I liked, bearing in mind I have not played a Lego game in a while, is how connected the Star Wars Universe felt. Rather than being a selection of linear levels and a few explorable hubs, you now have what feels like a galaxy to explore. You still have linear levels, as before but now you have hubs that connect each of these levels together flawlessly and even areas of space you must navigate in all the brick-based Star Wars ships you would love to pilot. These areas are chock full of missions, collectables, bricks and secrets. It's a small change from the last game I played but it made a massive difference.

The skill system and unlockables system seemed massively overhauled too. Each group of characters has its own skill tree, as well as a general pool of skills to obtain. These require Kyber blocks and studs to unlock and really give you a reason to hunt down some of the 1000-odd Kyber blocks scattering the galaxy. It may take me a while to track down all those pesky things.

The hubs also feel more alive with random events, improved puzzles and all manner of stuff to get involved in. The free play still shines where after going through the story you can revisit any area, use all the characters you have unlocked to track down more studs and illusive Kyber bricks. You can also do a Galaxy free play mode where, yes you guessed it, you can explore the whole galaxy and track down any of your unfinished tasks.

One of my favourite things about Lego Star Wars and Lego games, in general, is the tongue-in-cheek take they have on the narrative. Every scene is silly, every scene makes my kids laugh as the characters all make fools of themselves and cause mayhem. They stick to the story of the films but how they do it is genius.

From Jar Jar Binks being an overly bumbling fool to The Emperor who cannot operate his communication equipment, there are so many funny scenes, easter eggs and things to discover, it will make you giggle for hours upon hours. Things like the 'who shot first' scene between Greedo and Han Solo really made me laugh, this game is stacked with in-jokes, memes and stupidity that anyone of any age can enjoy it. Even a Star Wars nut like me can appreciate the effort put in to not only keep the story intact but add a bit of fun flavour to it that will appeal to all.

While the family and I loved this addition of Lego Star Wars, it was not without its issues. We had numerous bugs, one where I was stuck in a transport ship and had to restart the game. They were few and far between and I remember the Lego games being quite bug-laden, they, however, never detracted from the fun and I can easily overlook a few issues when I am having so much fun stomping Stormtroopers.

I also had a few issues with the sound mix, maybe it was my TV setup but I often found the music too loud and some of the characters' dialogue was lost. Luckily these sound settings are adjustable and after a few tweaks I thought the sound mix was a lot better and I could hear all the dialogue as intended. Like I said though these small issues were a minor price to pay for what was an enjoyable Star Wars-based romp throughout the cosmos.

Sights and Sounds of Star Wars

Apart from the aforementioned sound issue I had, I loved the presentation of the Skywalker Saga. On the PlayStation 5 at least the graphics were beautiful. The reflections of lightsabers on the shiny Lego heads were awesome and some of the planets we all know and love are recreated lovingly. The music, as we all know, is amazing and some of the voice acting, once you have adjusted your settings, is great. The music and image quality of The Skywalker Saga does a lot to cement you into this world, which between you and me, is a great world to be part of.

Fun for All the Family

What more can I say? It's Star Wars, it's Lego and it's a damn good time! Everyone in my house loved the humour, the clickety-clack of collecting lego and all the funny, witty quests we undertook. A few niggly issues aside, which were few and far between, Lego Star Wars: The Skywalker Saga is the definitive Lego Star Wars game.

There is so much content here, 45 missions split over nine films and loads of hub areas chock-full of quests and collectables. I have finished the story but will be spending more time with the fam mopping up those numerous Kyber bricks and unlocking all the game's many, many characters. You get a lot of content, fun and Star Wars for your cash and at the end of the day, what more can you ask for? Right, I'm off to fend off the Dark Side, laters?