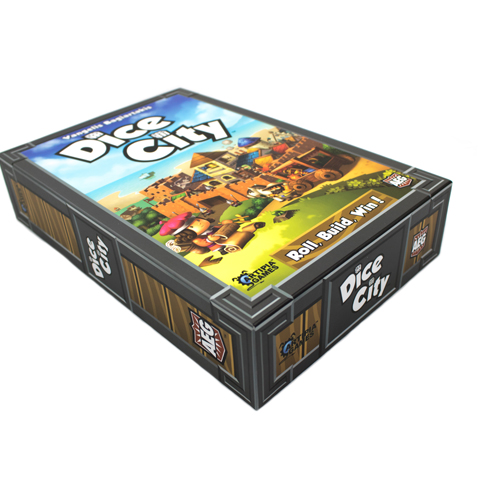 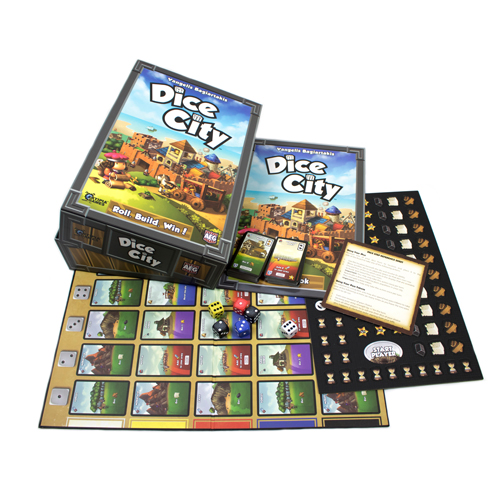 you could earn 3065 victory points

you could earn 3065 victory points

The Kingdom of Rolldovia is in turmoil. Her royal highness, the Queen, has decreed that there will be a new capital after the old one was sacked by hordes of barbarians and bandits from the south. As leaders of one of the country’s influential noble families, players vie with each other to establish their provincial city as the best home for Rolldovia’s new capital. You …
Read More
Category Board Games Tags 9+, Alderac Entertainment Group, Dice, Golden Pear, Vangelis Bagiartakis SKU ZBG-AEG5836 Availability Restock Expected
Share
Share this
75%

Dice City is a "dice-crafting" game in which the locations in your city act as the changing faces of your dice each turn. Use tactics and strategy to press your claim!

The Kingdom of Rolldovia is in turmoil. Her royal highness, the Queen, has decreed that there will be a new capital after the old one was sacked by hordes of barbarians and bandits from the south. As leaders of one of the country's influential noble families, players vie with each other to establish their provincial city as the best home for Rolldovia's new capital. You must choose your city's path in gaining the approval of all others in the kingdom.

You each have several ways to promote your city; create strong armies; construct wondrous buildings; or open up trade routes. The secret is to manage your city and its natural resources carefully to make the best of your fortunes.

In Dice city you play the role of a leader of one of the Rolldovia's influential noble families. The capital of Rolldovia has been destroyed by bandits and the Queen is looking for a new capital. How you do it is up to you: you can build new buildings, gather armies to attack the roving bandits and other noble families or open up trade routes, all in effort to gain the most prestigious city.

Dice City, published by AEG, is a dice rolling/dice worker placement game with resource management and city building elements. It is easy to teach and learn, and can be classed as a gateway or light game but has enough interesting elements to keep you coming back for more.

Each player starts with five coloured dice and a player board that contains 30 pre-set locations in a five by six grid. Each row is represented by a colour (white, yellow, red, blue or black) which corresponds to a coloured die and each column by a number (1-6) corresponding to the value of the die. The pre-set buildings provide you with a single resource (either lumber, stone or iron), a single army (sword) or a victory point.

A player's turn in Dice City consists of four phases:

During a turn a player rolls their five coloured dice and places them on the relevant space. For example, a black four will go in the fourth column and the black row. For each of the die, one of the following can be performed:

Depending on the number of swords gathered from their die a player may attack bandits, another player's location or another player's resources. Defeated bandits count towards a player's final victory points total. A player's location becomes deactivated if successfully defeated and cannot be used until it is reactivated in the Dice Step. For every two swords a player may take one of an opponent's resource and add it to their general supply.

There are 60 "resource" locations always available to purchase, 15 Lumber Mill, 15 Quarry, 15 Mine and 15 Regular Army, which provide two of their respective resource instead of one - i.e. two lumber, two stone, two iron or two swords.

At the end of a player's turn they may store one of each resource type (stone, lumber, iron) for use in subsequent turns. Any number of pass tokens may be kept and the players army strength resets to 0. The player then rolls all their die again and places them on the relevant locations ready for use next turn. Play then passes to the next player.

The end game is triggered when one of the following four events happen:

Dice City is a good game for what it sets out to do. It is a lightweight, fun and quick-playing game. The game can be set-up, played and packed away in an hour or less once you are familiar with the flow. It is easy to teach to people who are not familiar with board games and there are enough decisions and choices to keep the enthusiast engaged.

Where to place your newly acquired location offers some interesting choices as you cover up existing locations. There is some element of luck involved, as with most dice games, however, there is some control over the luck by being able to manipulate the die once rolled.

There are multiple paths to victory with a player being able to pursue either trade ships, army strength, acquiring new locations or a combination of all of three. Depending on which path players take, there can be high player interaction with people attacking each other's buildings or resources. This is not essential to win the game and as such can be avoided if that is not your thing.

Personally, I love variable board set-ups and even though Dice City does not have this I still have this game in my personal collection and will be keeping it. It offers a fun, lightweight game which is easy to teach and play to gamers and non-gamers.