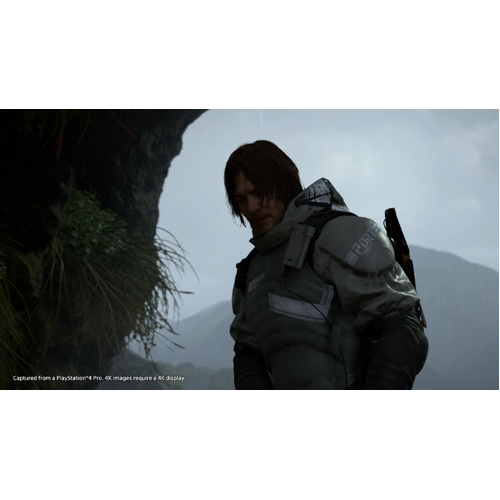 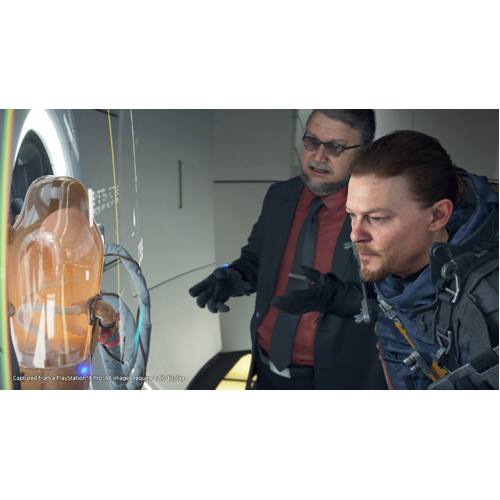 you could earn 1728 victory points

you could earn 1728 victory points

From legendary game creator Hideo Kojima comes an all-new, genre-defying experience for PlayStation4. Sam Bridges must brave a world utterly transformed by the Death Stranding. Carrying the disconnected remnants of our future in his hands, he embarks on a journey to reconnect the shattered world one step at a time. With spectral creatures plaguing the landscape, and humanity on the …
Read More
Category Video Games Tags Action Video Games, Best Sellers, PS4, Software, Sony SKU VCS-P4READSNY99739 Availability 3+ in stock
Share
Share this
91%

From legendary game creator Hideo Kojima comes an all-new, genre-defying experience for PlayStation4. Sam Bridges must brave a world utterly transformed by the Death Stranding. Carrying the disconnected remnants of our future in his hands, he embarks on a journey to reconnect the shattered world one step at a time. With spectral creatures plaguing the landscape, and humanity on the verge of a mass extinction, it’s up to Sam to journey across the ravaged continent and save mankind from impending annihilation.

What is the mystery of the Death Stranding? What will Sam discover on the road ahead? An unprecedented gameplay experience holds these answers and more. Starring Norman Reedus, Mads Mikkelsen, Léa Seydoux and Lindsay Wagner.

Kojima has delivered and, surprisingly, he’s done so on time. Which is great for a game that, on the surface, is about delivering parcels. Death Stranding is the first release from legendary game creator Hideo Kojima since his much-publicised split from Konami. It’s also his first non-Metal Gear title since 2003. If nothing else this is a gaming event.

I'm Fragile, but Not that Fragile

Death Stranding is a contradiction. It’s both thrilling and dull, original yet formulaic. Simultaneously brilliant and utterly bonkers. It delves into what makes us human, what drives us and what will ultimately unite us... but you can also urinate anywhere which in turn will spout a mushroom, and the fuller your bladder, the bigger the mushroom.

For all the grandeur of the marketing campaign and baffling pre-release trailers, Death Stranding is a game about delivering packages. You are a delivery man. Albeit a delivery man in a desolate future where the lines between life and death don’t exist. After a catastrophic event known as the death stranding, America has become a wasteland filled with frightening spectres known as BTs. Rain, or Timefall, accelerates the passage of time for anything it touches - because of course, it does.

You are Sam Porter Bridges - played by Norman Reedus - and it’s up to you to reconnect a fragmented society by bringing waystations, outposts and cities onto the chiral network. Of course, being a game by Hideo Kojima and more importantly, a Kojima without restrictions there is far more to Death Stranding than that.

Our protagonist is also on a quest to rescue his sister, Amelie (Lindsay Wagner), from a terrorist known as Higgs (voiced and character modelled by the talented Troy Baker). He is sent on this quest by his mother, who just so happens to be the President (also Lindsay Wagner). After reluctantly accepting the quest Sam joins “Bridges”, a company run by a masked man called Die-Hardman (Tommie Earl Jenkins). He also has a team of scientists working with him, each with odd name choices - Deadman (Guillermo del Toro), Heartman (Nicolas Winding Refn) and Mama (Margaret Qualley).

On his journey, Sam will also meet and work with a mysterious woman in a spiky rubber suit and a spinning umbrella called Fragile (Léa Seydoux). And if that wasn’t enough, he’ll also have visions of a man, played by Mads Mikkelsen, who seems to be connected to his BB unit. Are you still with me? You won’t be...

The BB unit is an unborn baby that Sam carries around on his chest in a tiny orange pod. Why? Because it allows him to connect to the world of the dead, known as The Beach, of course! This allows him to detect Beached Things (BTs), more easily. Sam is known as “repatriate”, which means he can come back from death. Anyone who dies must be instantly cremated or risk creating a “void out” when their body is seized by the BTs, blowing a crater in the map. This rule isn’t exclusive to cutscenes either, if you kill any enemy in the game you must get them to an incinerator.

Tomorrow is in Your Hands

It’s an odd world. The theme is forced upon you every step of the way in a very heavy-handed manner. Lengthy cutscenes are a trademark of Kojima and Death Stranding has several. You’ll spend a good portion of your time watching beautifully designed and unique characters drag you, and themselves, through mountains of exposition. Don’t even get me started on the two-hour ending. Underneath all of this is a beautiful heartfelt story and the relationship between Sam and BB is wonderful.

The open-world map is, by design, stark and empty in places. Areas, where “time fall” is prevalent, are easy to spot, but usually require you to go through them meaning you’ll encounter BTs. Luckily Sam has an Ordradek, a hand-like scanning arm that sits on his shoulder, which spins and points to indicate the location of BTs. The BTs are genuinely unsettling. There are various manifestation - floating shadows with umbilical cords, hand-prints of black mud and human-like torsos to name but a few.

Getting From A to B

Sam trudges across this extremely strange world, delivering packages from one place to another. Death Stranding is essentially one giant fetch quests. But navigating this world is challenging and rewarding. Sam must carry his deliveries on his back, stacked implausibly high, He must also carry his own equipment from weaponry to ladders, climbing ropes to spare boots. You need to plot your route carefully while holding L2 or R2 so Sam doesn’t lose balance and damage the cargo.

Some may find this extremely boring, especially with the amount of menu’s to go through, but it is truly hypnotic. The gameplay loop is one of preparation - select your equipment, optimise your load, plan your route - start your journey. This is definitely one for fans of micromanagement.

As mentioned Death Stranding is a contradiction. Another example being it is a very lonely game, but you are never alone. Death Stranding takes Dark Souls’ idea that other players can leave messages in your game and expands upon it exponentially. Once you connect a facility to the chiral network, you can use equipment and vehicles, and even pick up packages players have left behind. And, best of all, work together to building useful infrastructures like roads, safe houses and shelters. And there’s nothing more pleasing than creating a particularly useful structure and having it go viral.

I lost several hours building roads from the top of the map to the bottom, from right to left, and my reward? I currently stand at roughly 7,500 other players having used my roads and I’ve been awarded over 170,000 likes. It’s as ridiculous as it sounds and Death Stranding is all the better for it. It also made getting a few trophies extremely easy. Speaking of which...

I finished Death Stranding with 72% of the trophies. None of them are particularly difficult, but some are extremely time-consuming. You’ll get one for peeing outside, for soothing BB and other strange actions. You’ll get one for every chapter you complete, which certainly helps get the percentage up. Unfortunately, there’s one for getting every facility up to five stars and there are 39 facilities in total. You’ll need to make several deliveries to each to get the required five stars. Once you move over to the facilities on the snow-covered and mountainous left side of the map, this becomes controller throwingly painful.

Death Stranding may not be for everyone. The mind-melting marketing will no doubt and unfortunately put many people off. Lengthy cutscenes, especially towards the end and definitely the ending itself, can be painful to get through. But Death Stranding is a beautiful, bloated and bonkers experience. Once you grow accustomed to the menu’s the gameplay loop becomes extremely therapeutic and almost hypnotic. It’s an utterly unique game and one that should be experienced by everyone.