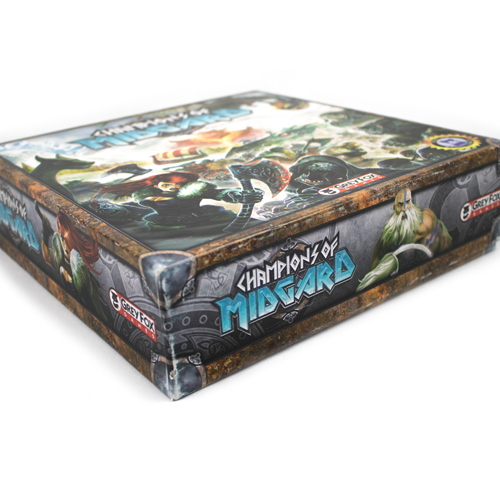 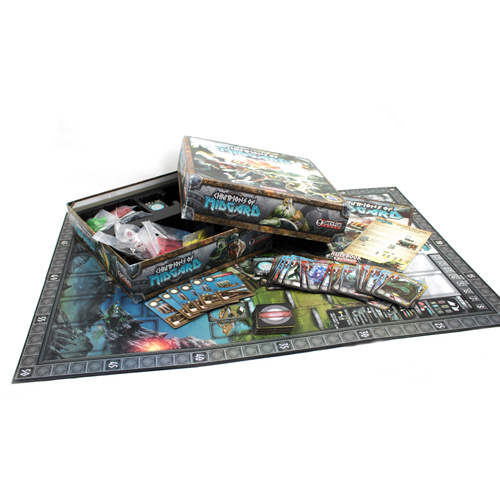 you could earn 5095 victory points

you could earn 5095 victory points

For Honour, for Glory! Huzzah! You are the Champions of Midgard, chosen to slay the epic monsters from legends across the sea. You play as a great Viking leader, swarn to protect the town of Midgard and bring Glory to your kin. You must optimise your worker placement to gather resources and soldiers and defend your hometown from the invading Trolls or swarms of undead Draugr, or see…
Read More
Category Board Games Tags Champions of Midgard, Dice Tower, Green Fox Games, Podcast Approved SKU ZBG-GFG96736 Availability 3+ in stock
Share
Share this
95%

Champions of Midgard is a middleweight, Viking-themed, worker placement game with dice rolling in which players are leaders of Viking clans who have traveled to an embattled Viking harbor town to help defend it against the threat of trolls, draugr, and other mythological Norse beasts. By defeating these epic creatures, players gain glory and the favor of the gods. When the game ends, the player who has earned the most glory earns the title of Jarl and is recognized as a champion of Midgard!

I was keen to find out how Champions of Midgard would fair against it. Champions of Midgard is a worker placement game for 2-4 players that plays in just over an hour (once you know what you are doing). The game's theme is more appealing to me than Lords of Waterdeep and the box art is also more pleasing on the eye.

Like I said above, the box art is very good and really does give you a Viking feel. Once you open the box that same artwork is shown throughout the many components.

All the components are of good quality and there is even an insert to keep it all in place during travel.

The premise of Champions of Midgard is that the Jarl (leader) of the port depicted on the board has died and evil creatures have sensed the vulnerability this has caused. You play as a Viking leader who seeks the glory of the gods in hope to become the new Jarl and lead the port to safety.

The game is played over eight rounds in which players will send workers out to perform duties. These duties range from hunting to get food, visiting the blacksmith to get axe-men and buying a ship to aid your travel to the end of the world.

At the beginning of each round you just:

Now you are ready to take turns in placing your pawns/meeples in turn order. You may collect resources and warrior dice or opt to go and fight the monsters. Champions of Midgard has a huge amount of options available to you and you will need to play a few times to understand the benefits of each spot.

Combat in this game is one of the factors that made me enjoy it as much as I did. You can fight Trolls, Dragurs and even monsters out at sea. There are three types of warrior dice in the game:

If you collect these during the game, when you place a meeple on a location that represents combat then you can use these warriors to fight for you and maybe gain rewards. Combat is fun, quick, easy to understand but being dice driven it has a lot of luck involved.

The enemy cards you fight against have values on them and these represent attack and defence. You simply roll your dice (you choose the amount at the start of the turn when placing a meeple on that location you also place an amount of dice you want to use) and work out if you lose any dice and if you kill the monster, then take the rewards on the card.

Final thoughts on Champions of Midgard

I really like this game. The turns are quick and everyone is kept engaged as you are all trying to keep the village safe by fighting the same monsters. As a worker placement game goes it’s a solid effort and the added combat is a nice addition.

There is little player interaction though, aside from the blame tokens which you can give (they act as a minus score at the game end) to other players when you defeat a monster. Depending on what your group is like can also add interaction, players can block worker spots to stop players doing what they want. I have played this game a fair few times and my biggest dislike is this amount of player interaction, that being said you are kept engaged as its always funny to see an opponent roll badly.

Overall it’s a fun game that is a good entry level worker placement game that has a place in anyone’s collection. I would love to try out the two expansions, The Dark Mountain and Valhalla, to see what they can add to a good game.

So, at the start of this article I said I hear a lot of comparisons between Champions of Midgard and Lords of Waterdeep. Is this justified? They are both worker placement games and that’s about as far (for me anyway) as the similarities go.

So, Champions of Midgard is the better game, it says so above right? Me and my group prefer Lords of Waterdeep and we cannot put our finger on why. In all honesty, every time I set up Champions of Midgard I get excited and think ‘I am going to have a blast here’ and I do but just not as much as I do when I play Waterdeep.

I think it’s because it is so well balanced as a game that even though the theme is somewhat lacking you just get hooked and drawn in making you lose track of time and before you know it the game is over.