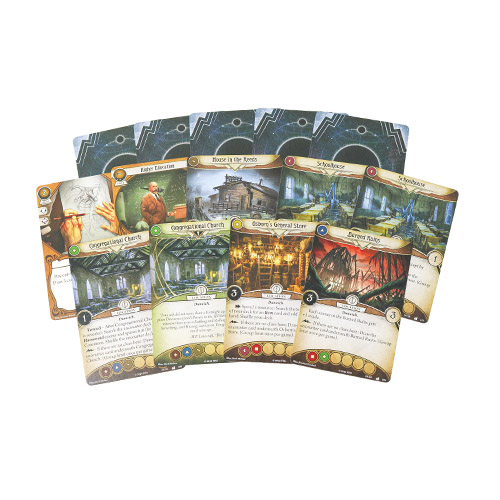 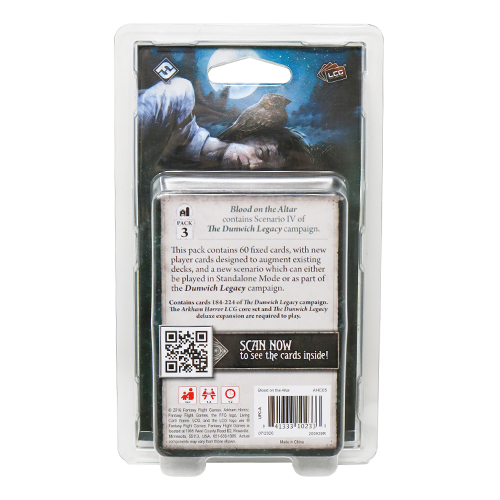 you could earn 1299 victory points

you could earn 1299 victory points

Blood on the Altar: Mythos Pack is an expansion for Arkham Horror: The Card Game. It was released in 2017 and is the third Mythos Pack in the Dunwich Legacy cycle. Blood on the Altar gives investigators a new chapter of the story to explore. In this expansion, you will travel to the village of Dunwich to investigate a series of suspicious disappearances. Could they have something to…
Read More
Category Board Games Tags Arkham Horror, Arkham Horror LCG, Best Sellers, Fantasy Flight Games, Living Card Game SKU ZBG-FFGAHC05 Availability 3+ in stock
Share
Share this
82%

Blood on the Altar: Mythos Pack is an expansion for Arkham Horror: The Card Game. It was released in 2017 and is the third Mythos Pack in the Dunwich Legacy cycle. Blood on the Altar gives investigators a new chapter of the story to explore. In this expansion, you will travel to the village of Dunwich to investigate a series of suspicious disappearances. Could they have something to do with happenings back in Arkham? That’s what you’re here to find out. In order to play with this Mythos Pack, you’ll need a copy of both the core set and the Dunwich Legacy big box expansion. The expansion contains 60 cards, including a complete play-set of every new player card that it introduces. This will allow you to incorporate these cards into your decks to the extent that you wish, tailoring your preparations for the next challenge. You’ll need to have your wits about you as you investigate Dunwich. Not only are you investigating otherworldly dangers that are on the edge of comprehension, but it appears that the townsfolk aren’t exactly jumping to aid you in your investigations. There are secrets in Dunwich - dangerous secrets - and Blood on the Altar gives you the chance to get to the bottom of it. Of course, it’s never as easy as it sounds… Explore the village of Dunwich as you search for the clues that will unlock the secrets you’re investigating. Along the way, you’ll need to stop in many of the locations that appear in H. P. Lovecraft’s classic tale, The Dunwich Horror. But watch where you step. Something isn’t right here, and one wrong move could bring everything you’ve worked for crashing down. Stay alert, ask the right questions and look in the right places and you might just stand a chance. There’s only one way to find out... Player count: 1-4 Time: 60-120 minutes Age rating: 14+

Blood On The Altar. Arriving at their destination, Dunwich, after a train journey worse than an overcrowded Birmingham to London where the only available seat was on the floor next to the toilet, you might think our investigators would want to check into a hotel and put their feet up. Unlucky for them they have arrived at Dunwich at the worst possible time.

Finding the village eerily deserted, they soon discover that several of the locals have gone missing. Mysterious noises and lights, rumours of strange sightings and the gathering of flocks of whippoorwills trilling their call in the night which legend has it- foreshadows death.

Blood on the Altar is a grand game of hide-and-seek in a village in the thrall of deadly power. Investigators will search locations looking for clues of where the missing villagers have gone and what conspiracy may be afoot. The set-up, like in other missions, is hugely variable with two versions of each location and one location removed at random.

The game flow is more investigative as you try to unearth the cards you secretly place below each location during set up. It has a nice balance and is a nice change of pace from the rollicking exploits of the previous encounter in the cycle. Tension is provided by a ticking clock of allies met in previous missions slowly being kidnapped and sacrificed.

The cards in this expansion are unique in that most are useful in different circumstances. There is certainly less filler. Overall, I think Mystics again seem to do better out of the Dunwich Cycle cards, but this might just be because Mystics suit my playing style better. The two rogue cards go nicely together, generating resources and then using them for big gains on skill tests. Seekers and Survivors are the losers here with ‘meh’ editions to their sets.

Blood On The Altar Overall Impressions

Blood on the Altar is the chapter where bad performance earlier in the cycle really starts to catch up on you. You can be really hampered here by being at war with the mob as thugs pop up in locations you’re searching with alarming regularity. While this can feel a little lucky and can cause a previously good game to nosedive into a gruelling slug to the death – that’s Arkham Horror LCG and you either like it or you don’t.

I really enjoyed the hide-and-seek as you hunt out the village’s secrets. The way the locations are linked gives investigators some tough decisions about the most efficient way to search for clues and unlock the hidden cards beneath. The solution will strongly depend on the characters you are playing as and how you have configured your deck. This is a more sedate but solid entry in the cycle.