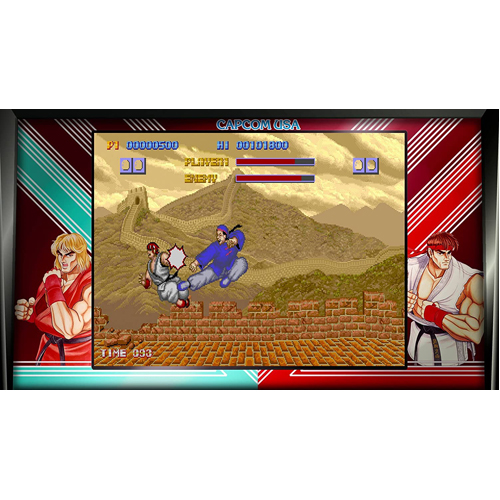 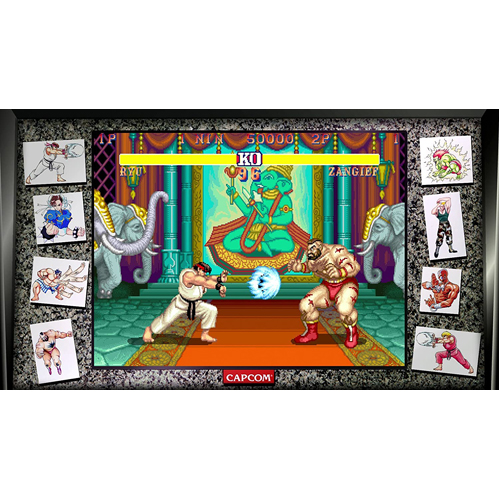 Pay in 3 interest-free payments on eligible purchases. Learn more
Success! We will let you know when this product is available again.
Your email address has been unsubscribed!
Your email address has been unsubscribed!
Notify me when this product is available to purchase!
This email address is already subscribed to this product!
Celebrate the 30th Anniversary of the iconic Street Fighter franchise with the ultimate tribute to its arcade legacy, coming to PlayStation 4, Xbox One, Nintendo Switch and Windows PC in May 2018. Suitable for the Nintendo Switch. This content-rich all-in-one package highlights the series’ past in an anthology of 12 classic titles with arcade-perfect balancing including the or…
Read More
Category Video Games Tags Capcom, Capcom Eurosoft LTD, Fighting Video Games, Nintendo Switch, Software, Street Fighter Video Games SKU VCS-NSKEBECAP94837 Availability Out of stock
Share
Share this

Celebrate the 30th Anniversary of the iconic Street Fighter franchise with the ultimate tribute to its arcade legacy, coming to PlayStation 4, Xbox One, Nintendo Switch and Windows PC in May 2018.

Fans of the series can also enjoy diving into the past 30 years of Street Fighter history with rich character bios, a huge Museum Mode including never before seen art and interactive timeline, and listen to tracks in the Music Player.