Slay The Spire – Xbox One

you could earn 3148 victory points

you could earn 3148 victory points

Choose your cards wisely! Discover hundreds of cards to add to your deck with each attempt at climbing the Spire. Select cards that work together to efficiently dispatch foes and reach the top. Whenever you embark on a journey up the Spire, the layout differs each time. Choose a risky or safe path, face different enemies, choose different cards, discover different relics, and even f…
Read More
Category Video Games Tags Gold, Humble Bundle, Roguelike Video Games, Slay the Spire Video Games, Software, Value For Money, Xbox One SKU VCS-M1RESTUIE46765 Availability 1 in stock
Share this
88% 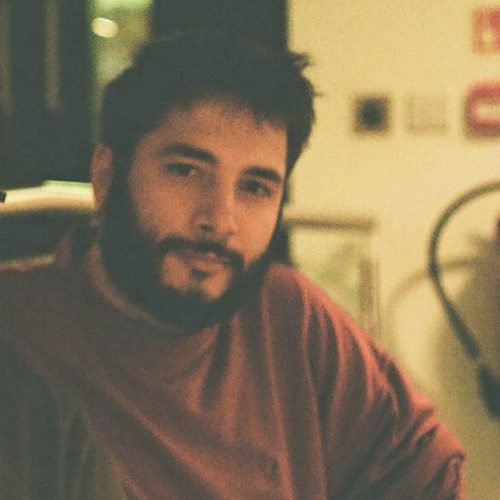 Choose your cards wisely! Discover hundreds of cards to add to your deck with each attempt at climbing the Spire. Select cards that work together to efficiently dispatch foes and reach the top.

Whenever you embark on a journey up the Spire, the layout differs each time. Choose a risky or safe path, face different enemies, choose different cards, discover different relics, and even fight different bosses!

Powerful items known as relics can be found throughout the Spire. The effects of these relics can greatly enhance your deck through powerful interactions. But beware, obtaining a relic may cost you more than just gold…

Three core characters that each have their own unique set of cards.
250+ fully implemented cards.
150+ different items to be found.
50+ unique combat encounters.
50+ mysterious events that can help or harm you.
Daily Climbs allow you to compare yourself with every other player in the world.
Custom mode that allows mixing and matching various crazy run modifiers.

At first, Slay the Spire may look like a misshapen mashup of your favourite roguelike, dungeon crawling, and deckbuilding games. However, it is so much more than that.

You play as one of four very different warriors, each having their own set of abilities, represented by their unique deck of cards. Your goal is to climb the Spire, navigating through a procedurally generated map spanning over three separated areas. Known as 'Acts,' these contain 15 different floors each triggering battles, visits to a shop, campfire breaks, or random events.

At the end of each Act, one of three possible Bosses needs to be defeated in order to proceed. It's really the intertwining of these different genres' mechanics that make Slay the Spire truly shine.

Each run starts with the chosen character having a chat with a whale.

The first choice of many comes straight away as the whale lets you pick one of four initial bonuses. These vary from run to run, with more possibilities of unlocking based on the performance of the previous one. You are also presented with a map of the area. Multiple paths lead upwards, through the 15 floors, and to the first Boss.

The second fundamental choice is figuring out the right path through the Spire.

Progressively climbing the Spire's floors doesn't make the character inherently stronger. There's no levelling up, and true to its roguelike inspiration, no progress is carried over from one run to another. The only exception to this rule is a temporary restriction of the pool of cards and relics available to each character when first starting to play with it. This is to get the player familiar with the various archetypes before gradually introducing more complexity.

After every battle, you gain a handful of gold and perhaps a potion. You may add up to one of three random cards to your deck. The cards you pick can then be upgraded if you decide to stay up all night during those few and in between stops at a campfire. You could instead be tempted by the prospect of recovering as little as 30% of your health and rest instead.

The merchant at the shop also has some cards for sale at reasonable prices, but you might rather spend those precious coins on relics that can permanently make you stronger. Perhaps a situational potion that can trivialise some of the encounters your deck is weak against, or even spend it to remove from your deck that pesky curse card you picked up in a random event?

One of the main draws (pun intended) of Slay the Spire is its deck-based combat. Amazingly simple on its surface, it does not take long to reveal its incredible strategic depth.

There are three types of combat encounters, of escalating difficulty: normal enemies, elite enemies, and Bosses. Other than the difficulty of the encounter and the increased rewards, the combat mechanics are the same.

Each turn 5 cards from the top of the deck are drawn. They represent the actions available to the character on that turn.

As many of them can be played by spending the required amount of energy, provided the character has enough left. Each character starts with 3 energy that gets refreshed at the beginning of each turn.

The enemies' intentions for their round are displayed on the screen, allowing the player to plan accordingly during their turns. Defending against attacks using Skill cards, pushing for damage using Attack cards, or obtaining powerful, battle-long buffs with Power cards.

The cards that are not played by the end of the turn are then discarded. A fresh hand is drawn at the start of the next one. The discarded pile eventually reshuffles into the deck once this runs out of cards.

The Child of a Deck Builder…

The complexity can feel overwhelming at first. However, as you keep climbing the Spire, and dying repeatedly, it will become clear how some combination of cards and relics work together better than others, and the game will suddenly click. Maybe you were lucky enough to have found an early card or a relic that grants you a buff. You're now looking for more cards to make the most out of it, drastically changing the way the deck plays.

A system that invites the player to be conservative when adding cards is created with the combination of random rewards, near-perfect information regarding the enemy actions. Even those completely new to the concept of deckbuilding will soon realise that the more cards in the deck, the lesser the chance to draw the right card at the right time. Adding that high attack card seemed like a no brainer. Yet, now that you are about to die because of this powerful attack you can see coming, you regret drawing it instead of a block card.

The accumulated knowledge will better inform this decision, with enemies being weaker to some strategies and particularly resilient to others.

This feeling of knowing exactly what you could have done differently to succeed and then bringing that knowledge into the very next run makes Slay the Spire almost never feel unfair. Rather, it makes it into a one-of-a-kind deck building experiences, where the emphasis is as much as the cards you pick as those you decide to leave behind.

The random nature inherited by the roguelike genre permeates the entire gameplay loop of Slay the Spire.

Unlike traditional deckbuilding, where your cards options are generally made prior to the game beginning, in Slay the Spire you will never have the certainty that the card you are about to pick will be relevant, forcing you to be open to jump to a different archetype should the random generator not agree with you, making the process more akin to drafting that classic deckbuilding.

Even when you do craft the perfect deck, it is always possible to be very unlucky! You might draw bad hand after bad hand and get obliterated. Maybe you managed to craft one of the few elusive infinite combo decks that can be put together and feel very confident, but the very last boss you face has an ability that only lets you play a limited number of cards in a turn before forcing you to end it.

That amazing combo you just pulled off could simply never come up again.

While this could be considered to be a downside by some, it's perhaps also the greatest achievement of the game. Because of this incredible variety of cards, synergies, and strategies, the same monster feels and plays like a completely different challenge. not only when playing each of the four characters, but even for different runs with the same character.

The Rest of the Best

After a few hours, the stars seem to align. You draft a great deck and you finally manage to beat the final boss! Congratulations, you have now unlocked the Ascension Mode for that character. From now on you can try and beat the game again using that character but with increasingly higher difficulty. Ranging from Ascension 1, which increases the chance of Elite enemies spawning on the map all the way to Ascension 20, which combines all the difficulty tweaks of the previous ascension levels.

In case that was not enough yet, you can also participate in the Daily Climb. A unique run with particular modifiers and rules where you compete for the highest scores against all the other players.

Finally, you can always play a fun run, selecting Custom Mode, where you get to pick your own run modifiers. Including replacing the starting deck's cards with one copy of each rare cards, or starting with a random deck of 50 cards.

While these are definitely a nice and welcomed addition to an already fantastic game, it speaks to the quality of the Standard mode that I racked up 200 hours of playtime before even trying another mode.

This game is a mix of different genres and the starter of a whole new genre in its own right. While it inspired many similar games, none of them managed to enjoy the same success. With Slay the Spire releasing over multiple platforms to critical acclaim.

Underneath the strategic gameplay is a beautifully cohesive set of mechanics that make this game a must-buy for anybody interested in card games, deck building, dungeon crawling, or roguelikes. While the unexpectedness can sometimes make it feel unwinnable, it's always fun. With each climb lasting around one hour, it's so easy to whisper "just one more" and stay up until 3AM.