you could earn 5278 victory points

you could earn 5278 victory points

Stuffed! Stitched! Zipped! Take sackboy on a fun and frantic 3D multiplayer platforming adventure with your friends. Can you save craft world from the dastardly vex and his nightmarish topsy turver device… And become the knitted Knight of legend? Go solo in an epic race against time stuffed with danger and peril -or create teams of two to four adventurers for fun-packed party …
Read More
Category Video Games Tag PS4 SKU VCS-P4READSNY82012 Availability 2 in stock
Share
Share this
85% 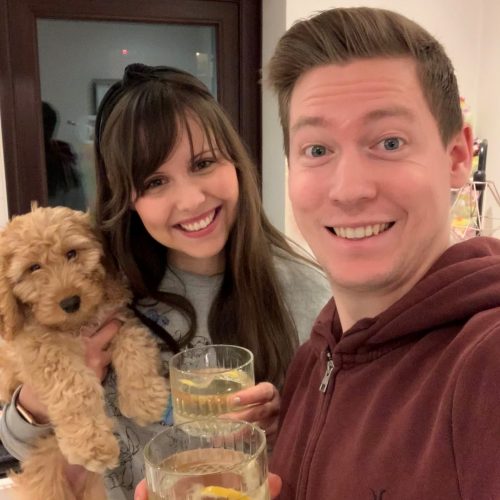 Stuffed! Stitched! Zipped! Take sackboy on a fun and frantic 3D multiplayer platforming adventure with your friends. Can you save craft world from the dastardly vex and his nightmarish topsy turver device... And become the knitted Knight of legend? Go solo in an epic race against time stuffed with danger and peril -or create teams of two to four adventurers for fun-packed party play as you work together to overcome nefarious tasks however you can imagine.

Face thrilling, unpredictable challenges as you explore distinctive hand-crafted lands through deeply immersive and expressive controls.
explore here, there and everywhere as you Utilise sackboy's cool, diverse move-set to face a huge variety of thrilling challenges, fierce enemies and startling surprises.
take on side-splitting challenges in local and online* party play. Parties can play through the whole game -including unmissable co-op only levels.
Sack Boy returns to the big time stuffed with fresh moves and game-changing gadgets in an awe-inspiring and downright fun 3D adventure in this new, but familiar world

Let’s be honest, despite the Little Big Planet franchise being so revered, when Sackboy: A Big Adventure was announced it wasn’t really on many people’s ‘must buy’ launch title list. It looked enjoyable enough. Despite my adoration for platforming games and desperate desire for more of them, this was a hard pass for me initially. I felt it looked basic, unimaginative, and dull.

I take it all back. Sackboy: A Big Adventure is delightful. It’s a serene journey through a bright and joyous world with some truly excellent platforming challenges throughout.

Sackboy: A Big Adventure sees our titular hero going on a mission to save his friends. Villain Vex, expertly voiced by Richard E. Grant, invades Craftworld and enslaves the sackpeople to build his ‘Topsy-Turver’ machine. You soon meet Scarlet, an elder sackperson who becomes your mentor throughout the story. Voiced by Dawn French, she brings that same charming (and quintessentially British) personality that Stephen Fry did in the Little Big Planet games. The story is, as you’d expect, a simple enough tale. It works well at providing all the motivation you need to undertake your grand adventure. You are immediately immersed in Sackboy’s charm-packed world and ready to beat down some bad guys.

Not a Stitch Out of Place

Whilst it’s not necessarily the graphical showcase that you’ll use to demonstrate the PS5’s power to your friends, it’s a meticulously crafted, visually impressive game. A Big Adventure is also available on the PS4, which might have held the title back somewhat from being quite as, well, big as it could have been. Nonetheless, as you navigate the various worlds (and levels within) each feels distinct and introduces new features to get to grips with.

From the snowy peaks of The Soaring Summit, bursting with decorations that could be straight from the Himalayas, to The Interstellar Junction’s futuristic landscapes, there is so much to gaze at and delight in. As you’d expect from a Little Big Planet spin-off, the worlds are essentially designed as if they were physically built by a child. Taking items from around the house like cans, canisters and household appliances to build a level and its inhabitants. Seeing stars, clouds and even the HUD elements dangling from wire and strings is a charming aesthetic. One level, perhaps built after a trip to a garden centre, even featured items with a price sticker left on. There are constant reminders that you’re playing in a ‘hand-built’ world and it’s brilliantly put together.

Whilst it might not push the limits of the console, the distinct differences in fabrics, the fibres of a carpet and the threads on Sackboy himself are undeniably impressive.

Harder Than It Seams

Sackboy: A Big Adventure is a fairly easy game to get through. You can take two hits before you die. Your health is replenished at the generous number of checkpoints. You even start with 4 ‘lives’ in a level before you fail a mission and have to start over. Thankfully though, Sackboy still manages to offer a decent challenge when trying to 100% a level. Each has a number of ‘dreamer orbs’ to find (and you’ll need a certain number of these before you can ‘unlock’ areas needed to advance further in the world map area), requires a number of points to get the ‘gold’ score. Each level also has cosmetic items hidden throughout.

Collectables all contribute towards that end score alongside killing enemies! However, dying knocks 10% off your score. I often found myself reaching the end of a level having lost too many points from deaths resulted from attempts to obtain the stage’s items. It’s this balance that succeeds in creating a challenge for the gamers that desire it. I restarted on numerous occasions as I attempted to complete every objective in a single run-through. A feat that I found made Sackboy: A Big Adventure a much more enjoyable experience. This means that the game really can be enjoyed by children and adults, or indeed a gamer looking for any level of challenge.

Much like Crash Bandicoot 4, the best platformers are easy enough to finish but infuriating to complete. Sackboy certainly never reaches the utter rage-inducing heights of Crash 4. Though the last of the ‘Knitted Knight Trials’ levels comes close! This game earns its keep as a platformer that isn’t just for kids.

Sackboy’s gameplay is extremely enjoyable. His move set is fairly basic. You’ll jump, punch, roll and ‘hang in the air’ momentarily by holding X after jumping. You can roll in mid-air which increases the distance you can travel and makes longer jumps possible. That’s really the extent of the manipulations you’ll have over its systems. As new mechanics are introduced, such as a grapple gun and plasma pumps that allow you to shoot and hover, there is a natural evolution of gameplay that enhances this move set.

There are, however, some unfortunate side effects of the isometric design of the levels. That is to say that the forced perspective of the game can lead to an imprecise understanding of where you will land and what you might punch. Though rare, it’s an unfortunate anomaly in the typically excellent gameplay. It is one that will, without doubt, lead to a few frustrating deaths. You will get more accustomed to this over time. Along with Sackboy’s quite slow speed, the irritation never quite goes away.

Thankfully, the positives of the gameplay far outweigh these small concerns! I quickly got used to this slightly slower and often relaxed pace of platformer and indeed found considerable enjoyment from its quirks.

As unexpected was my enjoyment of Sackboy was it’s utterly phenomenal, entirely original, and precisely constructed utilisation of music.

The soundtrack itself is fun enough, with its original compositions full of personality and accurately representing its world. Its use of famous tracks and how they directly influence the gameplay is mesmerising. As you navigate one level, often forced to move quickly before the screen catches up with you, Britney Spear’s Toxic bellows out and the track's beats pair with how the level ‘moves’ around you. Electric currents will move across platforms along to the beat, girders will bounce up and down, enemies will even move as though they’re ‘feeling’ the music.

It’s a fantastic concept, and these levels are easily the highlight of the game’s many ingenious levels. Not only is it fun and enjoyable, but the music serves the purpose of signposting when things are going to happen and essentially aids with timing.

It’s always great when a game takes you by surprise and Sackboy: A Big Adventure certainly did that. Full of charming environments, enjoyable gameplay, original ideas and a wonderful soundtrack, it’s easy to heartily recommend this title. If this is the start of a new franchise of platformer, I’m definitely on board.