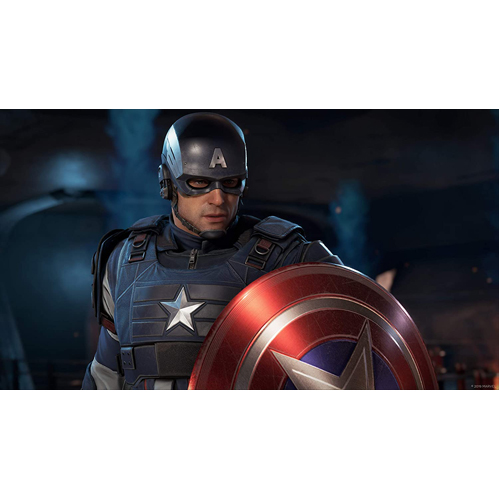 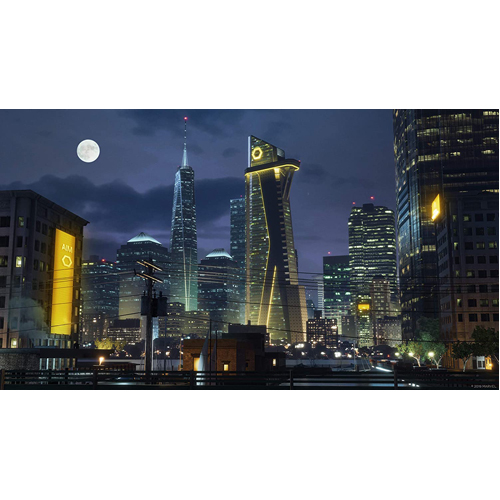 Marvel’s Avengers is an epic, third-person, action-adventure game that combines an original, cinematic story with single-player and co-operative gameplay*. Assemble into a team of up to four players online, master extraordinary abilities, customize a growing roster of Heroes, and defend the Earth from escalating threats.

I'm a big fan of superheroes - more in the cinematic sense, but a fan nonetheless. I've seen every film from the MCU and grew up watching the animated series. So when Squarenix decide to whip up a game based on the Avengers, I'm already intrigued. Marvel's Avengers by Squarenix was recently available to play on Beta, and I went in for a sneaky first look at what's to come. Was it a Hulk Smash? Or an Ant Man sized endeavour?

Marvel's Avengers is a solo/co-op action adventure game where players go through missions as the Avengers. You have access to five of the Avengers to kick off in the first mission, and a combination of them in subsequent missions, plus Ms Marvel. Each hero plays differently and is more appropriate for different tasks, so the heroes available will be suited to the mission at hand.

Heroes can be levelled up and gain skill points to be applied, and can also develop gear using gathered resources. Gear scales with missions and has modifiers on too, adding more customisation and allowing you to adapt your heroes to the challenges at hand. The game includes quick time events (QTEs), optional objectives, replayable and optional missions, and variable difficulties. The combat here is also unique to each hero, with heavy and light attacks coming as a standard. Heroes can dodge/strafe to avoid damage and some can utilise counters. Finally, all heroes have access to "supers" which build up over time and apply unique modifiers to the hero, or debuffs to the enemies.

Visually, it's superb. Marvel's Avengers had some stick in the earlier years of its development, as it didn't have the MCU's actors' faces or voices. And I can see the issue. I grew up watching Robert Downey Jr and his ragtag band saving the world... but it's quickly forgiven when playing the introductory chapter.

As the game boots, you watch unknown assailants attack the Golden Gate Bridge. They're organised, well equipped, and causing all sorts of mischief. So, naturally, the Avengers are there to save the day! They swoop in and you immediately get a quick flavour for what the gang can do.

Starting Off With a Show

Starting as Thor, you quickly learn how well he can throw Mjölnir at a man's face. Then you're Iron Man chasing down some bad guys who've acquired jet packs! Boom! Suddenly you're the Hulk taking on huge numbers of enemies and showing his resistance to pain whilst throwing himself down the bridge to take out a tank. Before you know it, you're Captain America on the helicarrier fighting in close quarters and using your shield to share the pain. And finally, it's up to Black Widow to take out the head honcho of this rogue gang: Taskmaster. All this happens whilst the game takes you on a visual rollercoaster of destruction and chaos.

In the initial chapter you'll have a lot to deal with. It's a crash course in how each hero plays and the different mechanics associated to them. There's flight for Iron Man, shielding for Hulk, close quarter combat for Captain America etc. And by the time you've started to understand what the heroes can do, you're onto the next one. It was a lot to take in all at once and, in honesty, it took me aback as too much was changing. But I felt that it set the game up well to showcase what everyone could do and prepare me for using the heroes properly.

Handing You The Reins

The second chapter was relatively scripted too, as a showcase for Hulk alone and Ms Marvel. It was amazing fun, excellently paced, and linear enough to show me where to go in a relatively large area. After these missions, you are given much more control and can choose from the heroes available, and can also integrate online play, too! I chose to go it alone, but had an A.I. Ms Marvel accompany me as Hulk. To my amazement, she actually did things and fought when needed.

My experience with A.I.s in games is that they usually watch you play and enjoy the scenery... in Marvel's Avengers, I felt like I could allow Ms Marvel to carry some of the weight without her being overwhelmed. It also felt like the training wheels were removed completely as the location the mission was set in was open and vast, with lots to interact with. Just as a taster of what was to come, it certainly caught my attention!

The second chapter strips you of all but Hulk to start off. It also introduces Ms Marvel, but doesn't let you take control of her straight away. This is where the game stops showing off and gives you full control of the big green machine. It also teaches you a lesson in how the Hulk works. Marvel's Avengers doesn't utilise the comic book ruling for the Hulk - he isn't indestructible and works in quite a unique way!

As the Hulk fights, he builds up a rage shield which can be used to absorb some damage for a time. We preferred this to having an insurmountable beast, as having an untouchable behemoth might have made the game a tad easy! Hulk's supers focus on big hits and staggers, and can help him manage large numbers at once. With Hulk being so large, he'll take a lot of hits, so managing the rage shield is important for longevity!

On the flipside, Ms Marvel is superb at attacking enemies at a mid-close range. She can hit multitudes of enemies at once and can easily dart around the area using her stretching ability. She has a super that can heal her up, one that does damage in a long line, and her classic "embiggen" ability. This increases her size tenfold without reducing the other abilities available to her! She does a tonne more damage and increases her reach further too.

Comparing these two heroes alone on one mission demonstrates their versatility and limitations. Hulk could easily take on huge, hard hitting enemies and take a tonne of damage, but struggled when heavily outnumbered. On the flip side, Ms Marvel struggled with heavy hitters but could sweep up the fodder effortlessly! They also run their own narrative and chatter, showing how they deal with things compared to one another.

From the beta alone, we thought Marvel's Avengers was a superb action adventure game. It makes great use of existing game mechanics and adds them to a wonderful "beat'em up" theme. You go through a level, travel around, fight bad guys, collect gear and take on villains. Heroes levelling is like them gaining experience with combat. The more you do, the better you'll be. It took some time to grasp the different heroes available, but the inclusion of a training arena made it easier to utilise their abilities properly and safely. The game's pace was wonderful and it lived up to the MCU's cinematic reputation. Overall it was a wonderfully enjoyable experience. and perfect as your next action adventure game!