Pay in 3 interest-free payments on eligible purchases. Learn more
Success! We will let you know when this product is available again.
Your email address has been unsubscribed!
Your email address has been unsubscribed!
Notify me when this product is available to purchase!
This email address is already subscribed to this product!
Lockup: A Roll Player Tale is a competitive worker-allocation game for one to five players. In the game, players manage groups of minionsgnolls, kobolds, bugbears, goblins, or insectoidslocked up in Kulbak Prison. Each round, players try to keep their suspicion from the guards under control while allocating their crew to different locations within Kulbak. The player with the str…
Read More
Category Accessories Tags Roll Player, Thunderworks Games, Value For Money SKU ZBG-TWK4000 Availability Out of stock
Share
Share this
90% 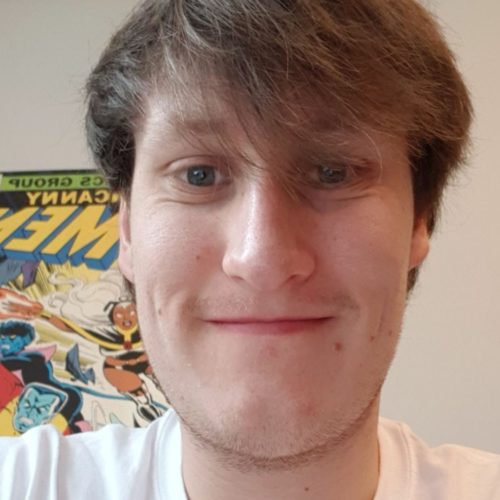 Lockup: A Roll Player Tale is a competitive worker-allocation game for one to five players. In the game, players manage groups of minionsgnolls, kobolds, bugbears, goblins, or insectoidslocked up in Kulbak Prison.

Each round, players try to keep their suspicion from the guards under control while allocating their crew to different locations within Kulbak. The player with the strongest crew in each location at the end of each round gains the most resources, hires the most powerful crew, and builds the most powerful items, increasing their reputation. The player with the highest reputation at the end of six rounds wins the game.

Lockup is a worker-placement game set in the Roll Player universe.

Picture taken from Board Game Geek

Lockup is set in the ever expanding Roll Player universe. The same generic Dungeons and Dragons theme applies, but Lockup is a totally different game. Based around smart, innovative worker placement with a healthy dose of area control for 1-5 players. So enjoying Roll Player does not mean you will enjoy Lockup. Dip your toes though, and you will find a relatively simple game with lots of depth and replay-ability.

You start locked up in prison and in six days you may have a chance for freedom. The king sends the biggest and best crew out into the colosseum to fight for their freedom. During the next six days you must gather resources and work to become the most powerful faction in the prison. You will have to hire goons and make contraband that will help you gain reputation. Don't get caught by the guards, though, or all you have worked so hard for might be taken away.

Firstly you will have your crew members placed behind a board so only the player can see them. Each player then takes turns deploying their crew throughout the prison. You can lay a number of crew in one place to guarantee success, or spread them to different locations. Crew members have different strength levels which is indicated numerically on the front of their tile.

Once you have placed your crew members down you cannot go back later and add more. Some of the crew members can be played face down and the rest are played face up to show their strength, this adds a nice level of tension to the game.

Photo from Board Game Geek

Once all crew members have been placed, or when every player has passed, the strength of your crew is added up in each area and the person with the highest crew number takes the indicated resources, and the second highest does the same and so on, sometimes laying the highest crew isn’t always beneficial to you as you are limited to the number of resources you can hold.

If the resources have been taken and you are left with no resources to collect you get to move your crew member down to the library. This is where you can collect special cards that can get played over the course of the game to give you various effects. However, not all spaces reward the highest crew - some favour the lowest where the second highest will miss out on the resources and end up in the library.

Once all of the suspicion cubes are gone from the supply, then a raid happens. During a raid, guards search the prison and the players with the most suspicion cubes on their player boards lose reputation.

You Make Me Want to Breakout

The goons that give you suspicion can also be added to your crew but not in the same way as your current crew, they will help by giving you special abilities. This could be changing colours of cubes, moving suspicion to other players and many more. Lastly you can spend the resources you gather to make items that are worth reputation and some give extra bonuses. After the six rounds are up then the person with the most reputation wins the chance to fight for their freedom, although this is not played out in the game.

Roll Player is a great game that instantly gelled with me despite the theme being neither here nor there. In Lockup it’s completely different and I would be hard pressed to find another theme that would work just as well here.

The game at first seems relatively simple. Place your crew down in different spaces prioritising the spaces you want with strong crew. Don't forget the sneaky aspect of playing crew face down. This adds a nice level of tension as you bluff to gather the right amount of resources. I also really like that it feels like your having to be careful not to be caught by the guards, by not gaining too much suspicion. You might desperately need to go to that location, is it worth it to go there then do I lay my lookout down to avoid that suspicion, or do I place them on a location that no one else is currently on so I can get that resource without having to fight for control.

I also love the variability of cards you can get and that there are many different paths to victory.

Lockup was a quick game to learn and teach. Like any worker placement game at first its hard to know what to work towards. But after your first game you easily see things that you would do differently the second time around. The game doesn’t overstay its welcome and offers many interesting choices that will change from game to game. I felt like it moved at a fantastic pace and everyone was involved throughout the entire game.

Each faction is unique and has its own characters and art. This allowed each player to take ownership of their individual crew and was a nice touch.

Lockup also has a solo variant which I haven’t tried. I don't usually solo games but Lockup seems like it would be fun.

The components and the art are great and work together well. From the cards to the board the graphic design really enables you to see things quickly. Lockup is a fantastic addition to the Roll Player Universe. A universe that is expanding in exciting and intriguing ways.