Letterpress: A Clever Game Of Words

you could earn 889 victory points

you could earn 889 victory points

Johannes Gutenberg has given us letterpress printing, but it’s up to you to master it! Compete with your rival wordsmiths in Letterpress to craft the most impressive words and win first pick of letters to add to your collection. Choose wisely, for you will find any you leave in the words of your opponents, and the player who uses their stored letters to greatest effect will sp…
Read More
Tag Sale SKU ZBG-OSP1100 Availability 3+ in stock
Share
Share this
80% 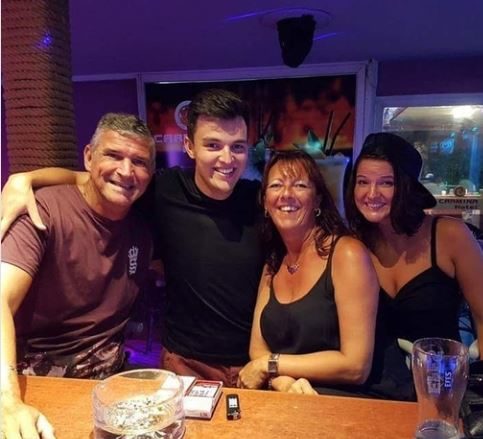 Johannes Gutenberg has given us letterpress printing, but it's up to you to master it!

Compete with your rival wordsmiths in Letterpress to craft the most impressive words and win first pick of letters to add to your collection. Choose wisely, for you will find any you leave in the words of your opponents, and the player who uses their stored letters to greatest effect will spell victory.

Playable by up to six players, with solitaire rules pitting you against the industrious rotary printer, Letterpress offers an enticing challenge sure to appeal to gamers and word-lovers alike.

Letterpress is Osprey Games' foray into the world of word games. I won't lie to you. I opened up this game expecting to dislike it and I kind of hoped I would too. It was a review copy so my hard-earned cash wasn't on the line if this was trash and I haven't written a scathing review yet. I also didn't have my hopes up for it based on the aesthetics and I'm a shallow, shallow man. Well, I've got a little spoiler for you: it's actually pretty good.

This competitive game involves drafting letters and arranging them to create the highest scoring word. Everyone starts with a hand of five cards, taking the one they want and passing the rest to the player to their left. This continues until all cards have been selected. Different letters have different point values for using them, so the frequently used "A" would be worth far fewer points than the letter "K". It's like Scrabble and Sushi Go had a good ol' time and pooped out this product. Science.

Using the five cards players have picked and the three public cards dealt to the middle of the table, players must form the best word they can. This is repeated over five rounds, with the first four rounds giving the winners dibs on more letter cards for their own private stash, or 'collection'. In the final round, players rely on their collection and the three public cards to create the best word. The winner of this round is the winner overall.

In this little box, there are a range of cards split into decks of "Letters", "Vowels" and "Challenges". The Letters Deck contains both consonants and vowels, whereas the Vowels Deck, unsurprisingly, contains only vowels. The latter is only used to ensure at least one of the public cards is a vowel.

Challenge cards can be earned by meeting specific requirements, like a specific word size or avoiding certain letters. These are then added to your collection to be used in the final round. Challenge cards are typically groupings of letters like "ing" or "ly", higher scoring constants or random letters from the deck. These push you to make interesting choices in your final round in exchange for some tasty points.

Letterpress also comes with some reference cards for you to keep track of the round order and such. I've not found them particularly helpful, but I'd rather have them and not need them.

All of the cards provided are of entirely adequate quality, with clearly annotated points and concise explanations of the Challenges where needed. As I said earlier, I'm not a big fan of the style. I prefer prettier games on my shelf. I appreciate they've aimed for a theme of a printing press-like style, but I'm not much of a fan. Equally, the theme doesn't really reflect the gameplay in any way, so there's not a strong argument for keeping it. That said, this aesthetics argument is almost entirely preference-based, so you may disagree.

My only other gripe with the cards is the colour of the 'Y' card. Yeah, I know that sounds petty, but hear me out. The 'Y' cards in this game are yellow, whereas most letters are green. The exception to this rule are the vowels, which are also yellow. See my issue? The letter 'Y' can sometimes be used like a vowel, like in the sentence "I'm hyped to be reading this review." Generally this wouldn't be a problem, but my friends blocked my acquisition of a challenge card claiming I used a vowel when I definitely, definitely didn't. I'm still salty about it. I hope that doesn't show too much.

The multiplayer gameplay is a decent puzzle, with both forward planning and improvisation needed to really shine. Each round makes the winner more likely to win, by expanding their arsenal of letters in the end game. However, those straggling behind are still in a chance to win, and with a game time of 20-30 minutes, nobody in my group lost all hope - even when one or two players were consistently losing.

The eight letters you can use each round provide flexibility if your plans don't unfold during the drafting phase. Challenges add an extra twist if you're keen on one of the rewards and, as they change each round, they help keep the game fresh. Also, with each round building towards the finale where everyone's collection is tested, there's an interesting meta-game throughout. As the game progresses, players will aim to accrue certain letters to complement their existing collection or they could use this as an opportunity to nab valuable letters that could be useful to opponents, or 'hate draft'. That said, hate drafting can often be difficult, as collections are hidden.

As is becoming ever more frequently seen, Letterpress provides a Solo option for the lonely gamer. I don't normally delve into these, but thought the review would be incomplete without it.

Trying to avoid all of the nitty gritty, this variant has a few layers of complexity more than I expected. I figured this would just be trying to best a fixed target score after drafting five rounds of cards yourself. This is partially true. Again, the game plays over five rounds, with drafting mechanics that mimic the multiplayer experience. However, the target score alters depending on your performance and cards you fail to use. Your collection accumulates by meeting or beating the point values of the letters in your previous word. These additional layers make for a more thought provoking game. Although solo modes aren't really my thing, this has enough meat to it that it's a worthwhile addition to an already solid title.

So, overall Letterpress is worth your time. It uses familiar elements of well-loved titles to make for a unique and challenging experience.  There's even a solo mode for when you just want a night in by yourself. The art style isn't my thing, but I can appreciate the aesthetic they were going for. If you already enjoy word games or just fancy trying them out, this title is worth a nosey.