you could earn 7559 victory points

you could earn 7559 victory points

All gameplay modes require a persistent internet connection and Co-op Multiplayer requires PS Plus Membership Aperion is on the precipice of ruin. You are the last of the Valorian knights, god-like warriors able to equip Valorplates, legendary armor sets that transform wielders into unstoppable masters of melee combat. Tear through foes as you climb through each of the elemental rea…
Read More
Category Video Games Tags PS5, Sale, Software SKU VCS-P5REARUIE88167 Availability 3+ in stock
Share
Share this
50% 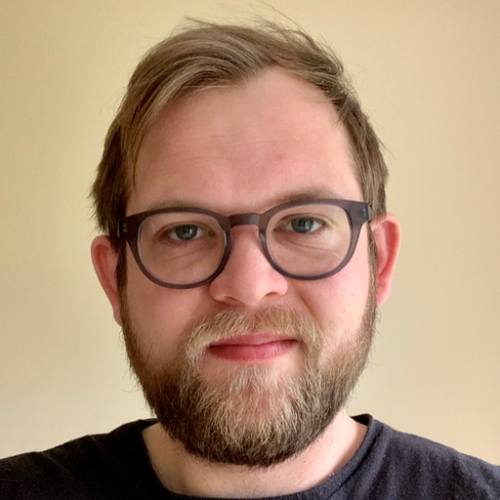 Aperion is on the precipice of ruin. You are the last of the Valorian knights, god-like warriors able to equip Valorplates, legendary armor sets that transform wielders into unstoppable masters of melee combat. Tear through foes as you climb through each of the elemental realms and challenge the mad god, Macros who awaits you at the top. Ascend in Godfall, the first-of-its-kind, looter-slasher, melee action-RPG.

Unleash the power of your PlayStation 5 with near-zero load times. Feel the clash of swords and thrill of battle through deep DualSense integration.

Adventure across exotic vistas, from the above-ground reefs of the Water Realm to the subterranean crimson forests of the Earth Realm.
Master all five weapon classes, each with unique playstyles and a variety of longswords, polearms, warhammers, greatswords, and dual blades.
Level up, learn new skills, and uncover legendary weapons with devastating effects on the battlefield.
Unlock 12 Valorplates: Divine, Zodiac-inspired suits of armor that empower you to shred every enemy between you and Macros.
Test your skills in the Tower of Trials and challenge yourself against the toughest foes and earn top-tier loot.
Fight solo, or alongside friends with three-player PvE online co-op play.

The light from a seemingly ever-setting sun glimmers off your armour as you stride through the autumnal gardens like a glorious mirror ball. Unburdened by your exceptionally overbearing and overcompensating outfit. You're out for revenge on the family member that stole the kingdom from you in an impossible to miss twist of fate. No, this is not a gameplay adaptation of Lion King. This is Godfall.

Taking place in a high fantasy setting, Godfall is a sparkling, action role-playing game. Godfall was developed by Counterplay Games and Gearbox Publishing. Developed in Unreal Engine 4, Godfall is an endgame heavy, hack-n-slash experience. Godfall has about 10 hours worth of campaign for you to sink your teeth into. As one of the exalted Knight's Order, you must harness a range of weapons and armour to wade through waves of enemies. All in an attempt to prevent an apocalyptic event.

When playing, you'll have 5 Valorplates to choose from. There will be armour sets to equip that grant a variety of buffs and bonuses. All in an attempt to diversify the playing experience. On top of this, you'll have weapon classes and various augments for even more flavour. Yet, with a seemingly open buffet of customisation, this looter-slasher feels to be lacking depth in some areas. Godfall has stunning graphics but the gameplay experience doesn't quite match.

Godfall is a gorgeous game. It is a smorgasbord of colour, light and texture. Godfall is a real celebration of the graphic capacity of next-generation technology. Counterplay Games have elected to put their design focus on the visual experience. Overall, they have done this very well.

At the beginning of the game, you meander through an autumnal garden on your revenge crusade. This part of the story is a glorified tutorial but is visually breathtaking all the same. Rich autumnal reds and browns frame this tutorial-style scene perfectly. The quality of what you are looking at as a player is stunning. It immediately transports you into the environment. This is not an uncommon experience throughout Godfall, as the game takes you from one high fantasy setting to the next.

The fantasy genre of the game makes it somewhat easy to explain away the bright colours and dangerous environments to the overly dressed warriors and the overly aggressive monsters. However, the over-indulgence in the fantasy tropes in Godfall naturally leads to an (over) reliance on the way the game looks. Unfortunately, this results in a thin veil that does little to disguise the game's weaker plot point and repetitive gameplay.

Like a lot of new releases, players are starting to see big triple-A names experiment with popular game genres. All in the hope of creating new gameplay experiences through their mechanics. For example, Outriders experiments with healing and health regeneration mechanics to create nuanced ways of playing. This is not without its problems but it is encouraging to see big names start to be a little braver. Godfall certainly attempts to be a part of this experimentation through Counterplay Games' attempt to diversify the combat.

The combat in Godfall is the central lynchpin holding the whole experience together.  There are a lot of combat experiences to make it more interesting. Some of the combat stylings are familiar. This is often regarded as a healthy experience as the players are quickly situated into a place of comfort. However, some of the combat systems are new and experimental. When you first get to play with these systems, it is refreshing.

Take the Soul Shatter mechanic. This allows you to bank the enemies health bar with light attacks. Only to obliterate it with a powerful heavy blow. This allows for interesting combat dynamics by highlighting the relationship between how and when to use light and heavy attacks.  You also have the Polarity system. This allows you to charge up your secondary weapon when it is not in use allowing for much more power. This attempts to redefine the primary/secondary weapon dynamic by constantly shifting the appeal for each weapon.

These are some interesting mechanics Godfall experiments with to diversify its combat. On top of all this, there is a huge amount to modify from weapons, armour, combat styles and beyond. However, you can't really escape the fact that none of it really has durability. Much like trying to hold onto sand, Godfall really struggled to keep me from drifting away.

No matter how nuanced or experimental Godfall gets with its mechanics, the fact that it is a Hack-n-Slash game tends to make any strategy put into different builds to test, somewhat redundant. The hacking and slashing are, for the most part, satisfying and rewarding. However, this encourages you to just bully your way through the game, regardless of what you modify. The not-so-subtle laziness of the ailments or elemental effects on enemies, the immediate respawning that makes death feel inconsequential, both further undermine any potential for complexity. The same is true for the endgame.

Once you have completed the main campaign, you get access to the Dreamstones. This is a tenuous narrative explanation for being able to replay missions with greater levels of challenge. Even the endgame can't offer an escape from the repetitive feel that curses the otherwise beautiful Godfall. Even if you are one for the endless grinding of loot and levels, you are never given anything new or different to challenge yourself. Instead, you will find yourself endlessly grinding to repeat exactly the same tasks that we're not the most interesting to begin with.

Finally, the unimaginative story plagues your experience with Godfall. The burden of tired dialogue and exhausted cliches will narrate your gameplay. And, for a next-generation game, this is not easily hidden behind flashy graphics.

This current next-generation of consoles and gaming should be more than the next generation of graphics. We all deserve elevated stories and gameplay experiences that continue to ignite our imagination. Godfall is not the sole game responsible for this. It is however part of a growing number of suspects that are providing us with experiences we are no longer blind to. Ironically, these games are built around the showcase of graphics and incredible visuals but it is an illusion. An, at times, shallow presentation that is impossible to avoid if not supported by the two most important aspects of any good game design: an interesting story told through engaging game mechanics.

Ultimately, Godfall has a real issue with being boring in places. Although you might not notice it straight away. You need time to get past the flashing lights and bright colours. Time to lift the veil and really see what's underneath. Time to know what's missing from what is otherwise a visually beautiful game.