Add to Basket
Find out more about our blog & how to become a member of the blogging team by clicking here
Mar 30, 2021 Board Games, Reviews Comments Off on Three Cheers For Master Review

I have only recently discovered the expansive world of board games. Like many of you over the past year have struggled to find worthwhile home entertainment. Well, there is one game that I think has been overlooked and is certainly worth playing. That is Three Cheers for Master. A 20-30 minute card game for 2-6 players by Atlas Games, producers of the popular card game Gloom! What is it all about…

You are a fore-MINION> Not a cute, yellow one in dungarees. Oh no, but a dark, devilish and destructive one. Their responsibility is to please their master when he is unhappy. What better way to do this than by directing lesser minions into building the tallest tower out of themselves. They are no less destructive but ten times more aggressive!

Sounds Straightforward Enough…But Why Should I Play?

If it was that simple it would be a rather boring game. But instead, both your opponents and the game itself are out to thwart your tower building efforts. To succeed, you have to plan ahead. You cannot be afraid of playing dirty. In my opinion, this makes the game both exciting and unpredictable. During your turn, you can choose to place up to two minion cards onto your tower. Or onto one of your opponent’s towers, and this is key.

The deck you draw from on each turn has randomly scattered ‘Big Hairy Fight’ cards within it. When revealed, these spark an uncontrollable bout of aggression in the lesser minions in all the players’ towers. You have to resolve, in sequence, each minions strengths and weaknesses, as well as the devilish thing called gravity. Depending on where an individual minion is on your tower might have devastating consequences!

Some minions, for example, get rather hungry and will eat weaker adjacent minions, others can suffer from claustrophobia and if surrounded will explode. Some minions are assassins and have no qualms about killing other minions, whilst others are just plain heavy and will squash any minion weaker than themselves if they fall.

Once each player has resolved their minions’ aggression; discarding dead minions and moving others, the remaining minions calm down and you continue drawing cards and placing minions. You will try to rebuild your tower whilst never quite knowing when another ‘Big Hairy Fight’ card will be revealed and you will have to repeat the potentially destructive process again. This glorious suspense will only end once the ‘Master is here’ card is revealed from the draw pile. Then, each player resolves a final big hairy fight and the remaining towers of minions are judged, by calculating points and declaring a champion.

But How Can I Ever Win Three Cheers For Master?

It might seem a little upsetting to see all of your hard work collapse in front of you, again and again, but the game does allow you to try and counter the actions of your opponents. There are other ‘order’ cards, which you might be able to play during your turn. These are ‘move’, ‘swap’, ‘aggression’ or ‘deflect’, which as their names suggest allowing you to change the arrangement of minions in your tower or better yet prevent any action being played against you at all. Without a doubt, these additional cards are crucial to Three Cheers for Master and improve the gameplay.

Instead of simply having to accept where a minion is placed on your tower, feeling powerless and perhaps annoyed at an opponent (not making for a great gaming experience), you have the chance to minimise the damage a minion might unleash later in the game. Or better still have the opportunity to get your own back and dish out some revenge.

There are a few key points to outline about Three Cheers for Master. The rulebook is short and sweet but direct and to the point. There are plenty of diagrams to explain the gameplay. You can quickly get into terrorising your opponents! The rulebook also has some house rules outlined in the back, which should you get tired of the core game gives the option of playing in teams or playing a variant of the game without the ‘Big Hairy Fight’ cards.

The cards themselves are of good quality and there is a huge variety of minions, each with their own name and short descriptions displayed on the card. I found this to be great attention to detail adding another level of interest. The foreminion tokens, of which there are six, one for each potential player, are easily differentiated, both in shape, colour as well as in look and personality. I found these to be another great touch that completed the game’s overall theme. These so easily could have been a plain meeple!

I found Three Cheers for Master to be a thoroughly enjoyable and addictively competitive 20-30 minute game, quick to learn and the perfect time filler. I must admit usually I am a sore loser but was surprised how unperturbed I was when I lost. In addition, I think this was because at its core it is a lighthearted game hidden behind some quirky satanic artwork. This is no complaint, I bought the game because of the artwork, the minions are terrifying yet cute! But seriously, if you enjoy a game with a bit of ‘take that’ but ultimately requiring some careful strategic thinking to win, with an element of unpredictability thrown in, then I would thoroughly recommend Three Cheers for Master to you and believe you will love it. 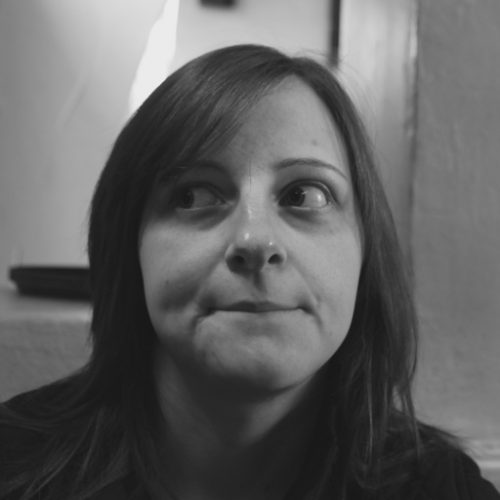 Add to Basket
Board GamesHumourReviewStrategy