Add to Basket
78%
Find out more about our blog & how to become a member of the blogging team by clicking here
Sep 15, 2020 Books, Reviews Comments Off on Tales from the Loop Review

Tales from the Loop Review

Tales from the Loop is a tabletop role-playing game that explores the lives of kids living in the 80s. It examines the mundane moments of school life and nagging parents, mainly exploring the mysteries that surround these small towns through the eyes of children. The world is depicted in the artwork of Simon Stålenhag, a crossing point of retro-futurism and nostalgia.

What is The Loop? Technically, The Loop is a huge underground particle accelerator built in the late 1960s under your hometown. So, what are the Tales from the Loop? These are the mysteries that the children explore in order to escape from their everyday lives. What they discover is meaningful, magical, and life changing.

Tales from the Loop is a guided experience. One player takes the role of gamemaster, and the other players take the role of kids. They’ll explore mysteries together, collectively deciding how they want to approach and resolve each one. Although each mystery has a script of sorts, both sides will describe parts of the world. These descriptions range from the mysterious and strange to the everyday. You may have just seen a small device hiding in the forest, but will your parents believe you?

Tales from the Loop: Mechanics

Each player creates a kid. They start off with a type, from Bookworm and Computer Geek through to Jock and Popular Kid. Not only will these determine their key skills, but they will also provide prompts such as an Iconic Item, a Drive, and an Anchor. This setup quickly gives characters that feel unique.

Another important aspect of each kid is their age. A kid’s age, somewhere between ten and fifteen, determines how many points you can spend in the four attributes the game uses: Body, Tech, Heart, and Mind. It also determines how many luck points the kid starts with. Older kids are generally better at everything, but not as lucky.

After each kid is created, the gamemaster will ask them questions, individually and as a group. What makes you angry? What is the furthest you have travelled from your hometown? What secrets do you have? The kids even get to describe what their hideout looks like. These questions allow the kids to move from 2 dimensional stereotypes to real kids.

Trouble is something that stops the kids from doing what they want to do. When this situation happens, the gamemaster will ask the kid to roll a number of six-sided dice equal to the appropriate attribute and skill. Each 6 they roll is a success; usually they only need one. The more sixes the better. You can also use your iconic items to give bonuses as well.

The kid can then also decide if they want to push themselves and how they do this. They choose a condition such as Scared or Injured and then reroll any dice they want to for that roll. Each condition comes with a flat minus 1 to all other rolls though, so kids need to be careful when they push themselves.

As a kid gets older, they become less lucky. Each kid starts each scenario with a number of luck points equal to fifteen minus their age. By spending a luck point, a kid can immediately reroll all failed dice. The younger kid may not be as skilful or as smart, but the world is looking out for them more.

The game comes with a lot of pre-written material. The original setting for Tales from the Loop is rural Sweden, but it also comes with an American setting based in Colorado. Tales from the Loop fills these worlds with places and people, both Swedish and American. Both feel like worlds kids could be dropped into, but also places that a gamemaster could pull bits and pieces from. The possibility for mystery is everywhere.

As well as world-building, the game also comes with a loose campaign of four mysteries which you can use straight from the book. These give examples of how they will read and how they fit together. They can also be taken apart and used individually or with another campaign.

The book comes with a chapter on creating mysteries for single sessions and for longer games. This shows the gamemaster how each session is created with a step by step process. Each step intertwines both the mystery and the everyday life of the kids.

Each mystery is also built in diagram form, with words linking to other words, clues linking to other clues. It gives examples of mystery structure and how each session should run. This section also gives tips on introducing the world the kids live in and ways to invoke mood.

I couldn’t go past this section without talking about the artwork. Both Tales from the Loop and Things from the Flood are based on concept artwork anthologies by Simon Stålenhag. The artwork through this book ranges from the everyday through to the machinery that covers the landscape. These are usually put together to create a balance of familiarity and unease. The artwork also plays into this, the muted tones allow the machinery to be understated but ever-present.

Tales from the Loop: Final Thoughts

When I first started reading this game, my mind immediately jumped to Stranger Things. This may be because of the way they both appeared in my life around the same time. However, after more reading and exploring, these thoughts moved more to Stephen King, although a much happier and magical version of Stephen King. Tales from the Loop could be played in a horror style, but its primary focus is closer to magic, exploration, and the world seen through kids' eyes. As you read the list of inspiration, you can really feel The Breakfast Club and Stand By Me coming through in the design.

Mechanically, the system is very simple. Character creation is quick and easy. I love that the kids are different ages. It not only allows the players to explore how a 10-year-old would explore a situation compared to a 15-year-old, but also the relationship and dynamics that would exist between them as well.

This simplicity does come with its downsides though. Gameplay can be quite repetitive, even with slightly different mystery structures. Compared to other RPGs, I feel this is best compared to a film opposed to a TV series in style. Each mystery tends to be quite big and doesn’t tend to give much time to character development and subplots. Also, although the book provides mystery structures, a large part of the game is creating a mystery.

I believe Tales from the Loop to be a brilliant entry-level RPG. The system really encourages story telling. Although there is a lot of lore and background, a lot of the game is the players creating the world around them as they go. The mystery is the primary focus, so a game never gets bogged down in the rules. 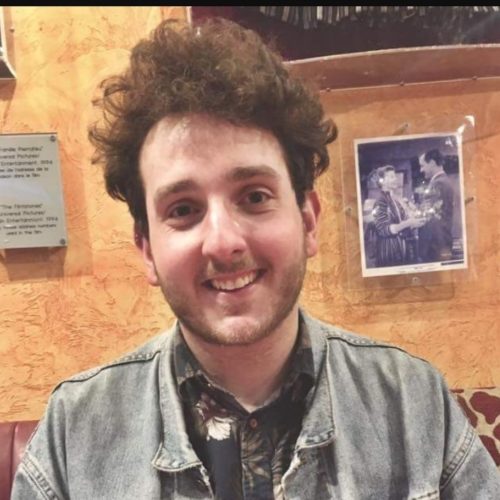