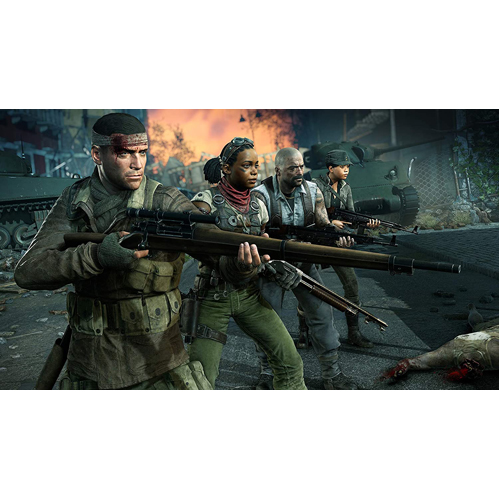 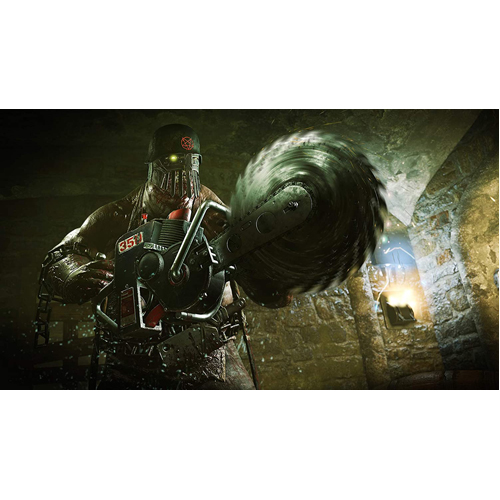 you could earn 2389 victory points

you could earn 2389 victory points

Hitler’s hordes are back for more in this spine-chilling shooter from the makers of Sniper Elite 4! Abominable occult enemies, epic weapons and a harrowing new campaign for 1-4 players await in 1940s Europe, as you fight to save humankind from undead Armageddon! Features: • Shocking New Campaign: The resistance have defeated Zombie Hitler and cast him into Hell – but the d…
Read More
Category Video Games Tags Rebellion Developments, Sale, Sniper Elite Video Games, Software, Third Person Shooter Video Games, Xbox One SKU VAD-M1REARSLD80392 Availability 5+ in stock
Share this

Hitler’s hordes are back for more in this spine-chilling shooter from the makers of Sniper Elite 4! Abominable occult enemies, epic weapons and a harrowing new campaign for 1-4 players await in 1940s Europe, as you fight to save humankind from undead Armageddon!

Features:
• Shocking New Campaign: The resistance have defeated Zombie Hitler and cast him into Hell – but the dead rise once again with greater hunger than before. Continue the alternate history of Zombie Army Trilogy in huge new levels and uncover a sinister plan that takes the Survivor Brigade across Italy and beyond! Fight the forces of darkness in corpse-riddled canals, survive a Zombie Zoo, and journey to dark, inexplicable places no person has been before…and lived to tell the tale.
• Award-Winning Gunplay: Experience the genre-defining ballistics Rebellion made famous in the Sniper Elite series and put it to good use against the shambling hordes of the damned.
• Upgraded Kill Cams and Dismemberment: The X-Ray Kill Camera returns! Watch in gory-ous slow motion as bullets, bombs and more destroy bones and organs in X-ray. Marvel as your bullets tear off a rotten limb or two, and shiver as the dead keep coming.
• Deep Progression and Customisation: Build the slayer that suits you as you rank up. Fancy yourself a guardian angel? Take damage for your teammates! Like that turret so much? Why not take it with you? Then kill in style as you unlock new outfits, emotes and taunts.
• Killer Melee: When the dead surround you, fight back with enhanced melee combat! Barge through crowds, stomp on heads and dispatch the living dead with fearsome takedown moves.
• Epic Weaponry: Harness the power of fire, lightning, and divine essence to upgrade your guns at workbenches, and create homespun hell raisers! An assault rifle that shoots lightning? A pistol with a flaming Bayonet? Anything goes in humankind’s last stand.
• Monstrous Multitudes: Take on legions of ghoulish grabbers, hulking armoured elites, terrifying shadow demons, explosive suicide generals and a host of other surprises! When you’re staring down the fleshy barrel of a Zombie Tank, you’ll wish you’d stayed behind the sofa.