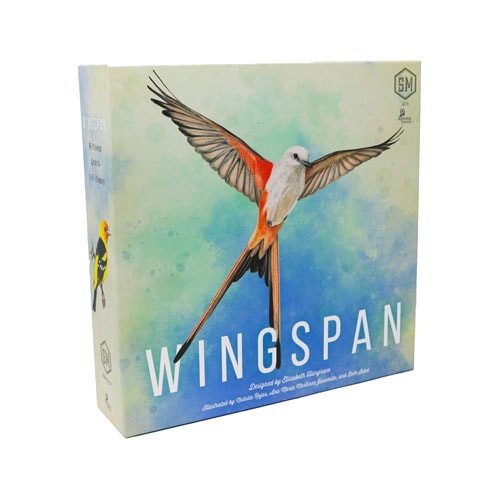 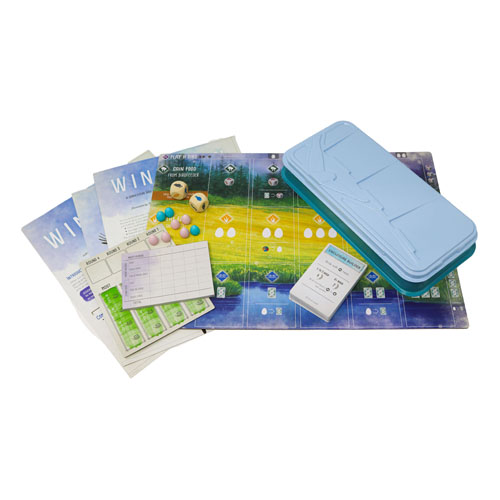 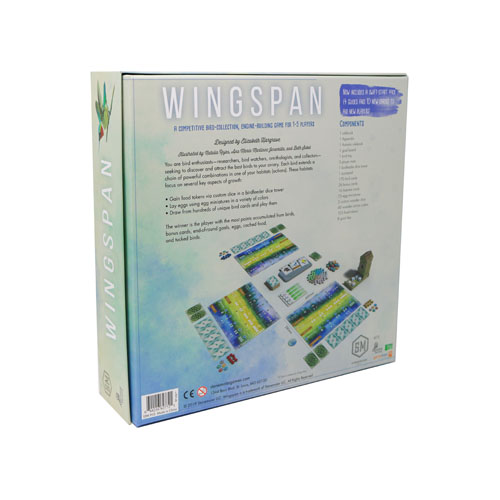 you could earn 4619 victory points

you could earn 4619 victory points

Wingspan is a competitive, medium-weight, card-driven, engine-building board game from designer Elizabeth Hargrave and Stonemaier Games. It is the winner of the prestigious 2019 Kennerspiel des Jahres award.

You are bird enthusiasts—researchers, bird watchers, ornithologists, and collectors—seeking to discover and attract the best birds to your network of wildlife preserves. Each bird extends a chain of powerful combinations in one of your habitats (actions). These habitats focus on several key aspects of growth:

The winner is the player with the most points after 4 rounds.

If you enjoy Terraforming Mars and Gizmos, we think this game will take flight at your table.

Jamey Stegmaier, co-founder and president of Stonemaier Games knows a thing or two about board games. Having used Kickstarter for most of their earlier games, Stegmaier moved his games to a pure retail focus. Thanks to the success of games like Scythe and Viticulture, Stonemaier maintain a huge following and the excitement around their latest title, Wingspan, is considerable.

Maybe it's because of the phenomenal quality they have produced in the past, both in terms of gameplay and components, or maybe the rarely used theme has caught attention. Whatever it is I managed to grab an early copy of the game to see if Stonemaier are on to another winner.

At its heart Wingspan (designed by Elizabeth Hargrave) is an engine building game. This means that during the game you will be taking actions that give you powers and upgrades that you can combo to your advantage. In Wingspan this comes in the form of cards representing your birds. Bird cards come with one of three types of power - or no power at all. Powers activate once when they are played. Pink coloured powers activate on other peoples' turns dependant on certain circumstances. Finally, the main power is brown coloured, and this activates every time you use the action in the habitat that bird is situated in.

Habitats are on your player board. Each habitat is linked to an action, take food, lay eggs (the birds not you), or draw more bird cards into your hand. Once you take those actions you move along the birds in that habitat, from right to left, and activate any brown powers.

When I read the rules and the appendix initially, I thought the interplay of powers and gameplay would prove lighter than hoped. Let me tell you I was very, very wrong. Though in no way a 'heavy' game, Wingspan sits comfortable in the accessible but deep category. This is borne out by my plays of the game feeling very different in how I built and utilised my bird composed engine. 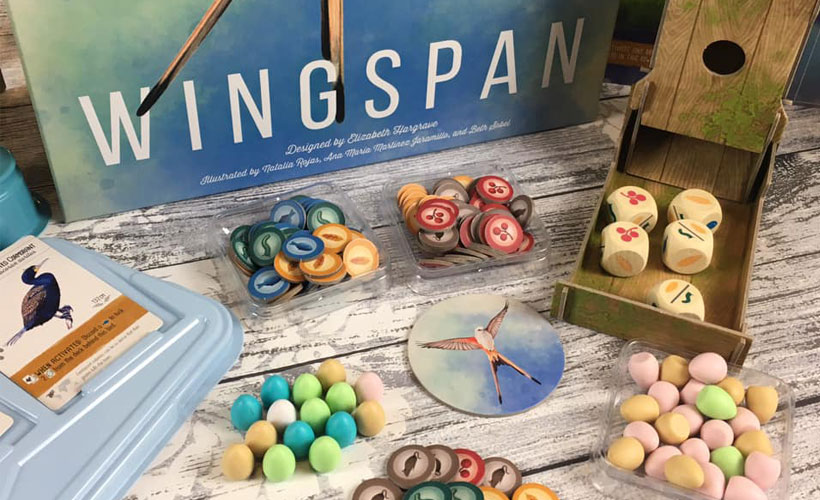 There is a neatness to Wingspan that isn't always present in engine building games, Terraforming Mars and Underwater Cities are truly great heavier examples of the genre, but don't handle keeping track of your engine as smoothly as Wingspan does. This may be because your engine is more limited here, with only four rounds and up to five birds in each of your habitats for a total maximum of 15, but it never feels limited in a bad way.

Like lots of good games Wingspan is a game where you won't be able to achieve everything you want to, but in a pleasingly puzzley way. Now, often the downside to many engine building games is as the game progresses it can be difficult to keep track of all the activations and cards that fire off when certain actions happen. Wingspan initially handles this by essentially giving you three smaller engines to run and by giving you more turns in early rounds when your engine is smaller and less turns later on in the game. You track your turns in a round using cubes and must place one of these on an end of round thus limiting your turns the next round.

To cap off a fantastic game is the excellent components - even the rulebook is linen finished! Of course, none of the bling is necessary but it does add to the theme and the feeling of the game. In fact, the biggest negative on the components is the plain score pad which isn't needed as scoring is fairly straightforward.

Wingspan isn't as heavy as I expected but this is not a bad thing. Its ease and speed of play means that the game is welcoming enough without leaving experienced players bored or feeling like they must hold back.