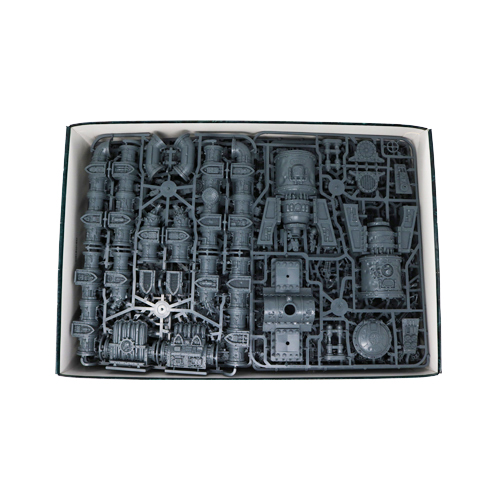 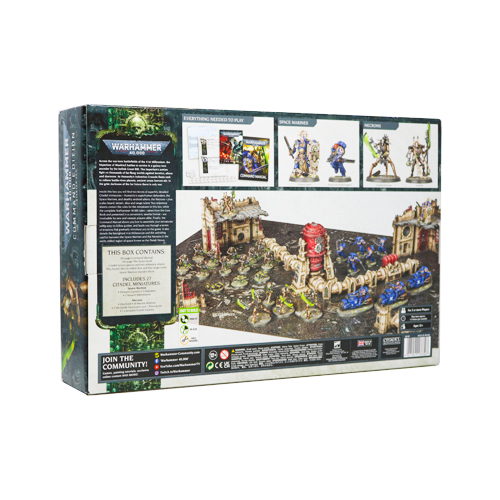 you could earn 8205 victory points

you could earn 8205 victory points

This boxset is the best way to get into the game of Warhammer 40k. With including everything you need to get started playing the game. With the models for two separate army this is the best way for someone to get into the hobby from the value of what is included and the beginner friendliness of the set. Contained in this set is. The Warhammer 40,000: Command Manual which contains al…
Read More
Category Miniatures Tags Games Workshop, Necrons, Set, Space Marines, Warhammer, Warhammer: 40k, Warhammer: 40k Starter Set, Zatu Gold Award SKU GWS-60010199034 Availability 3+ in stock
Share
Share this
83%

This boxset is the best way to get into the game of Warhammer 40k. With including everything you need to get started playing the game. With the models for two separate army this is the best way for someone to get into the hobby from the value of what is included and the beginner friendliness of the set.
Contained in this set is.
The Warhammer 40,000: Command Manual which contains all the information you need to get started with the hobby taking you step by step from assembling your first models to your first game playing.
Two armies perfect for you and a friend or family member to play your first games.
27 Easy build push fit miniatures perfect for people new to the hobbyists as well
30” by 22.4” gaming board with Push fit terrain to bring the field of battle to life.
Warhammer 40k Rule Book as well as Datasheets for all the models included.

Warhammer 40K saw an update to the rules last year with the release of 9th Edition. Alongside this update to the rules came the enormous Indomitus box set, a limited-time starter set for the new edition (which I was lucky enough to get one of). The set contained two full armies, one Space Marines and the other Necrons. This set is no longer available, unfortunately, but what you can buy is this. The Command Edition Starter Set.

It's the 41st Millennium and the Imperium of Man is beset on all fronts. From the monstrous Tyranids on Baal to the ongoing conflict on Armageddon, resources are spread thin across the galaxy. Here on Vertigus II, the Ultramarines have arrived to find the planetary defenders overrun and a host of Necrons erecting blackstone pillars to further the scheme of the Silent King. Eager to exact revenge, the Ultramarines charge in to take on the xeno threat.

The Angels Of Death

The first army in the Command Edition Starter Set is the formidable Adeptus Astartes; the Space Marines. Created by the Emperor of Mankind for his Great Crusade, 11000 years later they serve to keep the Imperium safe. The models you'll receive in this set are "Primaris". Primaris Space Marines are even more enhanced than the originals, additional organs having been added by Belisarius Cawl at the behest of Guilliman. I'm throwing these names at you for the brief overview, but if Warhammer sounds interesting to you, I would suggest searching these names on the 40k Wiki.

The units included in the Command Edition Starter Set include a captain, 5 assault intercessors, and 3 outriders.

The captain is the leader of your force, one of the best amongst the chapter, his centuries of experience make him a master tactician. He wields a relic shield and master-crafted power sword, allowing him to tank hits and carve up the foes!

Assault intercessors are highly trained marines who specialise in melee combat. Equipped with a chainsword and heavy bolt pistol, these units can hold their own and output some major damage to the enemy up close. Just remember to get them moving otherwise they'll get torn up by your opponent's gunfire.

Lastly, the Outriders are heavily armoured cavalry, their mounts are durable combat bikes. They can pelt the enemy with twin boltguns before charging in to finish the rest with their chainswords.

Warriors Of The Silent Kingdom

The opposing force to the Ultramarines is the Szarekhan Dynasty. This dynasty is under the command of the Silent King, and they're on Vertigus II to enact his will. The Necrons are a cold and calculating race, mechanical bodies acting as the hosts for souls. Having escaped their flesh prisons, the Necrontyr (Necrons) began their conquest of the stars. They are an ancient race, much older than all other races in 40k besides possibly the Tyranids.

The Necrons you'll receive in the Command Edition Starter Set are an overlord, 10 Necron warriors, 3 scarab swarms, and 3 Skorpekh Destroyers.

Your overlord is the commander of this army. A ruler of many tomb worlds under the Silent King, this is a powerful character. In one hand, a mighty Staff of Light. In the other, a Tachyon Arrow. Anyone who comes against this terrifying lord will surely face their doom.

Necron warriors are mindless slaves of the Overlord, enacting his battle plan as he commands. They know only their orders and how to kill, and that's all they need. These models can be equipped with either a gauss cannon or a gauss reaper, both being formidable weapons at range.

Alongside the warriors are scarabs, tiny machines that swarm the enemy and tear them apart brutally. Being punched through by a gauss cannon may be considered a mercy when compared to death by scarabs.

Finally, Skorpekh Destroyers are a feared melee unit, and rightly so! They're incredibly durable, but also terrifyingly fast, not to mention their endless aggression. Once in combat with the enemy, the devastating hyperphase weapons on their arms will make short work of any shortcoming enemy.

Along with all these units you're getting in the Command Edition Starter Set, you'll also find some pretty awesome looking terrain pieces. A long pipeline adorned with decorative arches. A ruined building left in the wake of the Necron onslaught. And lastly, a thermo-exchanger shrine. These pieces can be built, painted, and set up on your battlefield to add to the realism and add yet another tactical element to the game.

The last things you'll get in your Command Edition Starter Set is some books. Not just any books, we're talking about the Command Manual and Rule Book!

Okay, that might sound a bit boring but I assure you it isn't. The Command Manual is an A4 book of 84 pages with everything you'll need to get started. Covering the lore behind your armies allows you to understand the 40k universe a bit better. Six missions introduce you to the units and mechanics of the 9th Edition. And at the very end, there is a Next Steps guide for a mission you can use as well as what you could buy next.

The Rulebook is an A5 book of 177 pages. It details all of the rules in the 9th Edition, even decked out with a glossary at the rear end of the book. The cover art is the same artwork featured on the official rulebook, and I personally think this mini copy looks awesome.

Two A4 pieces of card lurk at the bottom of the box too, and these are your datasheets. These have all the stats for the units in the box, with one card for the Marines and the other for the Necrons.

Overall, I think the Command Edition Starter Box is a wonderful place to begin your 40k journey. Packed with models and spattered with lore, you can't go awry with this set.

There are the cheaper alternatives of the Recruit and Elite Starter Sets, but these come with less and aren't as great of an introduction in my opinion.

Just remember this: in the grim darkness of the far future, there is only war...