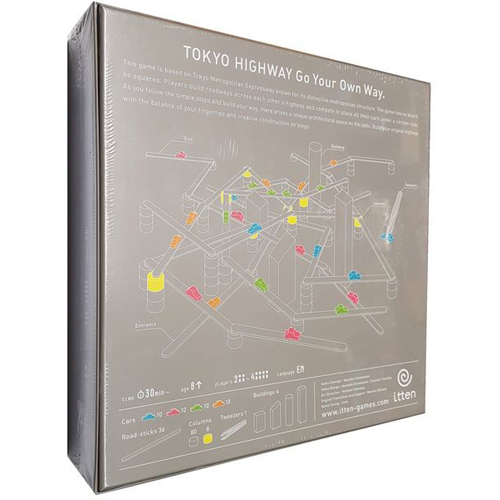 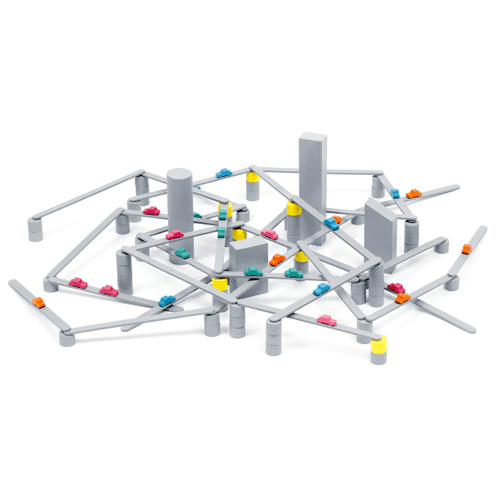 you could earn 2988 victory points

you could earn 2988 victory points

Tokyo Highway is a dexterity game that was extremely hard to get hold of at one point. A two-player game about literally building the longest road. This reprint ups the player count to four by adding a lot more building blocks and lolly pop sticks. Open the box and you will find a ton of wooden cars in four colours, some plastic tweezers, supports, large obstacle blocks and a huge a…
Read More
Category Board Games Tags 9+, Asmodee, Podcast Approved SKU ZBG-ASMITTH01EN Availability Restock Expected
Share
Share this
80%

Tokyo Highway is a dexterity game that was extremely hard to get hold of at one point. A two-player game about literally building the longest road. This reprint ups the player count to four by adding a lot more building blocks and lolly pop sticks.

Open the box and you will find a ton of wooden cars in four colours, some plastic tweezers, supports, large obstacle blocks and a huge amount of grey lolly sticks which act as the roads.

Each player places one support and a road leading up to it as directed by the rule book. Then, on their turn, they must place a new road between their first support and a new one that is either one higher or one lower than the previous support column on their highway. So, a road that current ends on a column of two supports must either go down to one or up to a three support column. This is all done in turn order so while it starts of fairly easy you are soon crossing over and under other roads.

In truth you will want to because the only way to win the game is to place your cars out on the newly placed roads. To place a car your new road must go over or under at least one existing road without a car already on it. This sounds easy but in practice it can take a few explanations to demonstrate this. If you happen to place a card that goes over one road and under another you get to place two cars!

To help you place the delicate pieces and retrieve them when they fall you have use of the plastic tweezers. When you knock stuff of you need to replace it and give any opponents whose pieces you knocked off one of your remaining supports or roads. To add a bit more spice everyone also gets a number of yellow supports which when used can break the height rules and lets you start two roads from in the future. The whole game works really well and gives you everything you would want from a dexterity game.

Question: Should Japan be building such shoddy road infrastructure whilst Godzilla is knocking about?

Answer: No and neither should you, but like Godzilla, you are just going to do it anyway!

In Tokyo Highway (designed by Naotaka Shimamoto and Yoshiaki Tomioka)  you will be building an intricate network of roads, using pillars and sticks in an attempt to be the first person to place all of your cars out on the roads. Sounds simple enough, right?

Not exactly because in order to place a car you have to successfully build a road over/under one of the other player's roads whilst following the build rules. Each player starts with a single starting road with a car on it like this:

Using your own allocated building materials you will then extend your highway:

This becomes increasingly difficult when you are building your roads, as the amount of pillars you are able to use is dictated by the previous amount of pillars used in the connecting road. You must always build one more/fewer than the last. There is an exception to this, but I'll talk about that later.

You keep building roads until you are able to put a car out by building over/under another players' road (that has not been built over/under before) then play passes to the next player.

If you want to break the building rule you can by using the (Yellow) junction pillars. They allow you to increase/decrease by any amount of pillars regardless of the previous number used (this also includes using the same number of pillars, providing at least 1 grey is used). Junctions also allow you to place multiple roads from them, hence the name.

If you knock over any other players' pieces you will have to give them your pillars (equivalent to the number of pieces knocked over, regardless to this leaving you with no pillars), you also have to rebuild whatever was destroyed.

The first person to place all their cars wins, if you run out of building materials you are immediately out of the game.

One of the things I love about Tokyo Highway is the game makes it impossible to "play it safe" and at the same time entices you into ridiculous road building, all to try and place multiple cars in a single turn. Not only is this extremely satisfying when you manage to pull off such an epic turn, but the source of great hilarity when it all goes south.

The overall look of Tokyo Highway is minimalist with bright coloured cars that can be likened to a Swan highlighter, but it's one of those games that first lures you in visually. The structural chaos is strangely aesthetically pleasing and always makes you want to take a picture of the hot mess you have created.

The game has such a simple rule set, I was able to teach my brother, a non-gamer, the rules in a matter of minutes. What's even more awesome is that he then taught my Mum the following day and had a game, just the two of them.

Games like Tokyo Highway are absolutely essential to getting new people into the hobby and for me not only was it a fun dexterity game, it also created a very proud big sister moment.