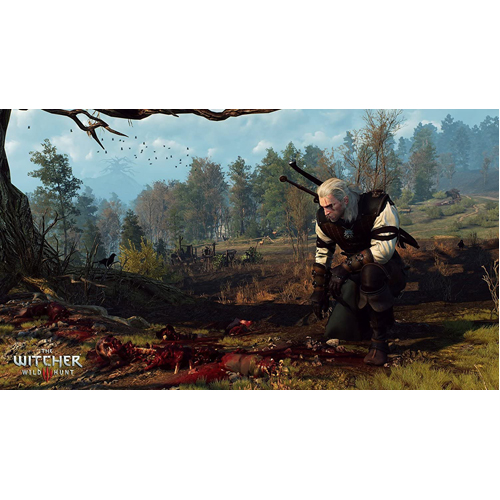 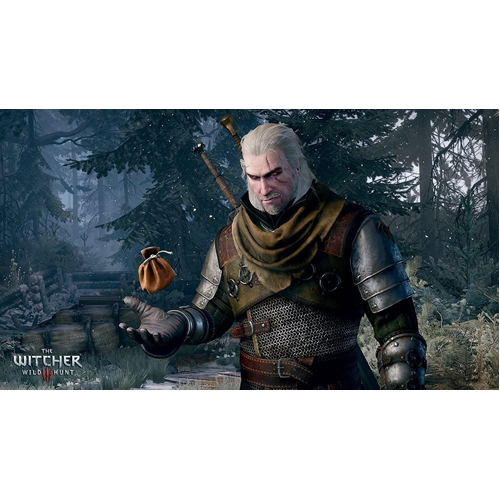 The Witcher III: Game of the Year Edition – Xbox One

Pay in 3 interest-free payments on eligible purchases. Learn more
Success! We will let you know when this product is available again.
Your email address has been unsubscribed!
Your email address has been unsubscribed!
Notify me when this product is available to purchase!
This email address is already subscribed to this product!
The Witcher 3: Wild Hunt Game of the Year edition brings together the base game and all the additional content released to date. Includes the Hearts of Stone and Blood & Wine expansions, which offer a massive 50 hours of additional storytelling as well as new features and new areas that expand the explorable world by over a third! Affords access to all additional content release…
Read More
Category Video Games Tags CD Projekt, RPG Video Games, Software, The Witcher Video Games, Xbox One SKU VAD-M1RERPINF98975 Availability Out of stock
Share
Share this
94%

The Witcher 3: Wild Hunt Game of the Year edition brings together the base game and all the additional content released to date. Includes the Hearts of Stone and Blood & Wine expansions, which offer a massive 50 hours of additional storytelling as well as new features and new areas that expand the explorable world by over a third! Affords access to all additional content released so far, including weapons, armor, side quests, game modes and new GWENT cards! Features all technical and visual updates as well as a new user interface completely redesigned on the basis of feedback from members of the Witcher Community

Witcher 3 is defined by its own resilience. Five years after the release of CD Projekt Red’s renowned fantasy epic, the final triumphant note of the Witcher saga still rings out as full and forceful as ever.

Besides the amazing original package that came with Witcher 3, newer editions of the game come with two exceptional expansions. Blood and Wine, the second expansion, is in particular outstanding, and is worth a revisit for Witcher veterans; It’s set in the southern duchy of Toussaint and finds such fresh and gorgeous flair mixing chivalry, revelry, and vampiric mystery.

Witcher 3 has always been one of those games that you can load up, stop moving, and just watch the blades of grass shift in the wind; It combines high-fantasy with the most picture-perfect landscapes conceivable, and the results are masterful.

The music is sublime, the game swoons and croons and always finds a way to beat the right drum or extend the right note. It’s a joy to sometimes just get lost in the moment when the sun’s coming up and the violins hit just right.

Really, Witcher 3 is a game determined to do it all: it’s a narrative powerhouse, a landmark for worldbuilding, great quests, quirky characters, hard-hitting tough-as-nails combat, lots of monsters.

It asks the question: can you be a master of all trades? And then doesn’t let you answer before pulling it off with the kind of ease that makes everyone else look bad.

It’s a hard game to criticise. And any missteps are always overshadowed in the face of what Witcher 3 excels at. But if I had to criticise, and I bear this burden so you lovely folks don’t have to, Witcher 3 presents one of the most jam-packed worlds in all of video games. Which is fantastic.

It’s just, sometimes, it’s hard to keep it all straight.

Here’s the set-up: the whole game is about Geralt out on a quest to find his adopted daughter Ciri. She’s your typical rebellious dimension-hopping daughter. And she’s been missing for, well, so long that she wasn’t even in the previous two Witcher games.

Ciri’s in trouble. A pack of horse-riding, skull-masked, heavy-metal-cover elves called the Wild Hunt (which really should be the name of a heavy-metal band) are chasing her. They live on a dying world, slowly freezing over, and Ciri is their ticket to safety. Ideally by using her to invade another world, killing everyone, and then living merrily ever after.

And then there’s Emperor Emhyr. Charles Dance (of Tywin Lannister fame) brings the gravitas as the brooding and ambitious ruler of the great Empire of Nilfgaard. He’s Ciri’s actual father, and while he’s never been on board with all this portal-talk and interdimensional nonsense, he is in desperate need of an heir.

Being Emperor of Nilfgaard is dangerous work, and Emhyr’s control of his own empire is based entirely on waging war and winning them. But his grasp on the chair is becoming increasingly flimsy. The public tires of victory, when the victories never lead to peace. Nobles conspire in the shadows of the throne room, sensing the growing unrest. Emhyr needs an out, but he’ll be damned if anyone else is going to rule the empire that he built.

Anyone, that is, besides his own flesh and blood.

But asking for favours has never been the emperor’s strong-suit, and finding a gal who can teleport halfway across the universe, let alone persuading her to rule an empire she never wanted, is going to require a particular touch.

You can see where I’m going with this.

And then we’re off. Emhyr tracks down Geralt shortly after the introductory phase of the game. Geralt is brought up to speed on Ciri, her last known locations, and the back-up DOOM characters chasing her, and you are unleashed into the world.

Out of breath, and running out of spare scraps of paper to take notes on.

There is a density to the Witcher, all of the Witcher, that I would argue rivals or even surpasses the biggest, most full-to-the-story-brim games out there. Skyrim be damned, this game has history.

It can be a lot to take in. It’s definitely not a requirement, you don’t have to know a lot of the backstory when you’re out on the trail, slicing ghouls and beheading bandits.

But when you come back to town, after all, your wandering and witchering, and you’re trying to pick up the story wherever you left it, all this lore starts to feel like a barrier. Like you need to have your diploma in Witcherology to participate.

It’s frustrating that my enjoyment of the game’s incredible open-world sometimes meant that I struggled to be fully invested in the Witcher’s story.

Thankfully, the game has a perfect outlet for all that frustration.

There’s a particular kind of combat, which I’m going to call: outrageous. It’s complete nonsense. You know it when you see it. Heads explode. Body parts shoot off bodies. Arms always have that comical bone sticking out. It’s ridiculous and stupid, and pretty much undeniably fun as heck.

Witcher combat is outrageous. You come at enemies like the medieval version of a sword-wielding roundabout, (Ah, yes, unlike the modern version), spinning and twirling through monster and man like you’re a grotesque ballet dancer, on a medieval roundabout.

And when you cut into your enemies, you cut into them. Folks part down the middle, you chop their arms, legs and dignity off. It’s not particularly gory, there’s no organs or blood gushing out. It’s so obviously absurd, so, dare I say, outrageous, that it lands in that perfect sweet spot. It lets you know not to take the fighting so seriously.

Which is good, because it’s also hard as granite.

This is your classic, easy-to-play, easy-to-get-yourself-killed-in-two-seconds, set-up. There’s four buttons: light attack, heavy attack, short dodge, long dodge. And depending on your difficulty you’d better know these buttons like the back of your hand. That is if you’re planning on making any serious headway when Witcher 3 decides it’s going to throw the medieval kitchen sink at you (once it runs out of roundabouts).

There’s a little more to it than that. You can equip a selection of bombs and potions. Use oil on your weapons to make them do more damage to specific enemy types. Also, you can use a series of five spells, available right from the beginning of the game. You should use four of these once in a werewolf moon, and the fifth approximately every ten seconds, on the dot, all the time, to the second.

I really cannot stress this enough. If you choose to play Witcher 3 on the higher difficulties, Quen, the shield spell, is your life-raft. With Quen active, you absorb one hit, any hit, from an enemy. Right from the start, enemies on dark difficulty (the highest difficulty) are going to kill you with two attacks, at best. This is going to bring your chances of dying all the way down from absolute, to just probably.

You’re going to become intimately familiar with the game over screen if you play on dark. I suggest regular breaks, regular saving (auto-save is enabled but you can still lose progress), and that you get intimate with Quen. Master Witchers have no shame and abuse Quen at every opportunity.

I took that part right from the Witcher Manual (if it isn’t in yours, you have to actually write it in, preferably in crayon)

Witcher 3 ushered in a new era for the open-world RPG. It is an achievement and an achievement that persists. While Witcher 3’s impressive scope can be intimidating, and its lore-heavy nature can stifle fully engaging with every story beat. These faults are minor, and ultimately inconsequential, in the face of Witcher 3’s outright excellence.

Adding on top two incredible expansions, Witcher 3: Wild Hunt Complete Edition has become a jewellery box. No matter what you’re looking for, Witcher 3 provides it. It’ll probably even be diamond-encrusted.