you could earn 3797 victory points

you could earn 3797 victory points 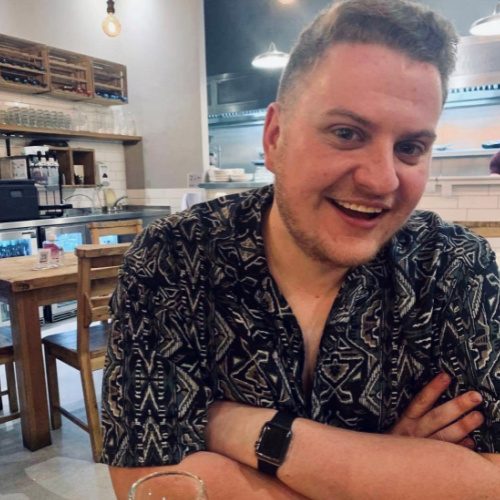 Discover a dark mystery only a medium can solve. Travel to an abandoned communist resort and use your unique psychic abilities to uncover its deeply disturbing secrets, solve dual-reality puzzles, survive encounters with sinister spirits, and explore two realities at the same time.

The Medium is a third-person psychological horror game that features patented dual-reality gameplay and an original soundtrack co-composed by Arkadiusz Reikowski and Akira Yamaoka.

Ever fancied communicating with the dead? Tired of your mates nudging the Ouija board so it spells out a rude word? Well, now you can be your very own Mystic Meg thanks to Bloober Team's new psychological horror, The Medium.

As Marianne prepares her adopted Father's body in the family-run funeral parlour, she receives an unexpected call from a stranger asking for help. Sliding Jack's corpse back into the freezer, Marianne is transported to the spirit world. After saying their last goodbye, she ushers Jack's soul across to the afterlife. Jack does however leave a final warning: don't do anything risky. Despite Jack's advice, Marianne follows the clandestine caller's clues all the way to Niwa. This is an abandoned holiday resort on the outskirts of town.

The Medium takes place in Post-Soviet Poland during the late 90s. As a horror setting, it's superb; the derelict, brutalist architecture of the communist era is already imbued with the pain and suffering of decades of Soviet rule and its subsequent collapse. Whilst it's certainly not the most polished game out there (particularly for a native PS5 version), The Medium conjures a gorgeous, dark atmosphere by painting each scene in sultry light and menacing shade. Standing in Jack's room for the first time since his death, you're bathed in the comforting red glow of a dimly lit lamp as the sunlight through the shutters casts long, mournful shadows against the wall. Just don't go in expecting high frame rates or punchy HDR and you won't be disappointed.

All Walk and No Play Makes Joe a Dull Boy

When discussing modern horror games, it's hard not to draw comparisons with Resident Evil - I'm finding it doubly so, here. The Medium has a fixed, static camera lifted straight out of CapCom's playbook, which can make gameplay frustrating, to say the least. Walking around the sprawling corridors of the Niwa resort, it's very easy to get lost each time the camera cuts to a different angle. Without an option to swing the camera back around, it's almost impossible to reorientate yourself. To give the game credit, this can ramp up the tension even further in some situations. When hiding from malevolent spirits, the fixed camera withholds what's lurking around the next corner. Much like Danny cycling along the corridors of the Overlook Hotel in the Shining.

Walking through the dark woods outside the complex, I rounded a corner only for the camera to cut instantly to an aerial shot. The cut itself was sudden and violent, leaving me with the feeling that I was being watched. The excellent use of sound and 3D audio compounds this paranoia. You are soon surrounded by the cacophony of creaking trees, rustling bushes and indistinguishable animal cries. This is an experience best enjoyed with headphones, as the game informs you when booting up. The same can't be said for the DualSense features. Despite a few genuinely surprising uses of haptic feedback, The Medium fails to capitalise on what could've been a game-changing addition for the horror genre.

Marianne may be able to flit freely between the world of the living and the dead, but traversal in The Medium is stiffer than a corpse in skinny jeans. To run (and honestly, it's more of a Dad run) you push and hold down the L2 trigger. This bizarrely pushes back against you, making the whole experience a chore. Climbing up ledges is similarly painful with janky climbing animations that take a few seconds to load in. Thankfully, the game isn't a fast-paced action fest so frustration is kept to a minimum.

As you explore the abandoned Niwa resort, you slowly piece together what really happened to the inhabitants and why it suddenly shut down. The Medium spins an excellent yarn, mainly through its gripping environmental storytelling. Rather than just reading notes or listening to tape recordings as has become commonplace in games, Marianne possesses a psychic ability, Insight. This lets you listen to the memories contained within everyday items. Interacting with a discarded shoe in the Niwa lobby, you rotate the left analogue stick to find the source of the echo. You are able to home in on its power, revealing the haunting screams of people fleeing something unspeakable.

Despite the odd horror cliché, the rest of the story is told well, through solid voice acting and tight dialogue. Marianne shines through with her quick-witted quips in the face of adversity, reminding me of Jesse Faden from Remedy's 2019 release, Control.

Through the Looking Glass

The most innovative and unique aspect of the game is the split-screen. This appears when Marianne is torn between the material and the spirit world. You then control both versions of her as you navigate the contrasting terrain of each world. Distracting and unnecessary in cut-scenes (I only ever watched one screen), the split-screen mechanic works best for the game's many puzzles. When Marianne gets stuck between floors in a malfunctioning lift, you can switch focus to the spirit world. This allows you to guide her other half to an otherwise unreachable fuse box to kickstart the power.

Not only do you need to think logically to solve these puzzles, but you also need to think in an extra dimension. This makes finding the solution immensely satisfying. Several hours into the game, Marianne develops the ability to have an out of body experience. Said experience places her solely in the spirit world. You still need to think carefully about how your actions in one world can affect the other. It does feel like the split-screen mechanic is abandoned somewhat. Puzzle difficulty can feel a little unbalanced. Some of the most obvious solutions are heavily hinted at through Marianne's dialogue. Whilst other complex challenges like working a hydraulic pumping system are frustratingly obtuse without a word from Marianne to nudge you along.

Despite some very minor combat elements and a host of puzzles to solve, The Medium is essentially a point-and-click game. The split-screen mechanic is a brave choice. It gives the player unique and refreshing challenges. Ultimately, it doesn't matter too much if you solve the puzzle before Marianne does - the story still marches on. This is not to discredit the game in any way - what Bloober Team have created here is a tight, compelling, and genuinely chilling mystery that you can't help but solve. If you're looking for an action-packed horror/shooter like Resident Evil Village, this won't be your cup of tea. If you're after a tense, gripping mystery to unravel, then this one might be in your tea leaves.