you could earn 3781 victory points

you could earn 3781 victory points

Welcome to The Grimm Forest, where family members of the legendary Three Little Pigs are having an epic house building competition. But this is no ordinary competition as all the most famous Fairy Tale characters will be looking on and occasionally lending a hand. Who will benefit most from the cunning of Robin Hood, the beauty of Snow White, the bountiful gifts of the Golden Goose …
Read More
Category Board Games SKU ZBG-DCT405 Availability Restock Expected
Share
Share this
90% 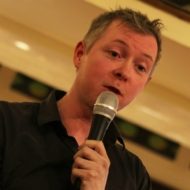 Welcome to The Grimm Forest, where family members of the legendary Three Little Pigs are having an epic house building competition. But this is no ordinary competition as all the most famous Fairy Tale characters will be looking on and occasionally lending a hand. Who will benefit most from the cunning of Robin Hood, the beauty of Snow White, the bountiful gifts of the Golden Goose or the dark witchcraft of the Evil Queen? Using only their wits, a handful of sharp steel tools, and a few stacks of resources gathered at great risk from fields, brickyards, and even the dark and deadly Grimm Forest itself, each player must compete to be the first to build 3 Houses and gain the title of Royal Builder.

Players are encouraged to use any of the devious tricks they have read about in the many books of Fables found throughout the land. Some will have their plans wrecked by that villain of old, the Big Bad Wolf, while others will gain bricks, straw, and wood by the cart load. Who will brave the dangers, avoid foul monsters, and bring home the victory? There is only one way to find out... get ready to venture into ...The Grimm Forest!

Grimm Forest is a 2-4 player strategic game of hidden movement, resource gathering, and house building that plays in approximately 45-60 minutes. During the game, players will play cards secretly to move to various Location boards where they attempt to gather resources. Using their deduction skills and a hand full of Fable cards, players attempt to guess each other's plans and make the most of their actions while disrupting the other player's plans.

After resources are collected during the Gather Phase, players will enter a Building Phase where they can use those resources to build Wood, Straw, or Brick Houses. Whenever a player builds a Wall Section on one of their houses, a helpful Friend from the nearby forest comes to lend a hand. Players may choose to accept the help of that Friend, but occasionally it makes more sense to send that Friend to a different player, sometimes discarding their current Friend in the process. With 16 unique Fable cards and 12 powerful Friend cards, gathering resources in the Grimm Forest can be a difficult and challenging endeavor.

Work hard, deduce correctly, avoid the treachery of the other builders and the sharp teeth of the lurking monsters, and you just might have a chance!

‘I’ll huff, I’ll puff and I’ll send someone in to steal your resources!’

The Grimm Forest is a fairy tale based, resource management game where you take the role of one of the three little pig's nieces or nephews, as they try to win the royal building contract by being the first to build three houses or straw, wood or brick by hook, crook or nefarious means.

How to play The Grimm Forest

Four location boards are set out in the middle of the table (three for less than a four-player game). These represent the gathering spot for a particular material (wood, straw or brick) with the market being unique by having all three. On each board is then placed a resource token with a value of three (or one of each on the market board) which is replenished each turn.

The game consists of two phases, starting with the ‘Gather’ phase..

Each player then takes a pig and a basic hand, with one of each location on it (called a ‘gather’ card), which they play – face down – depending on where they would like to visit. Once everyone has played their card, they are all flipped over and each pig miniature is moved to the corresponding location.

In a four-player game, being the only pig at the location means you get to harvest the entire stockpile on the board. If two or more pigs visit the location, the stockpile is divided evenly with any leftover remaining on the location board. If there are less than four players, the die acts as the ‘Prince Regal’ and always gets first roll, taking half of the resources of whatever is rolled before the players turn.

Then it's time for the ‘Build’ phase..

Each player then gets to choose two actions to perform. These include building a single section of a house, taking a single resource, drawing a fable card or performing an action on a friend card - And that’s when things start to get interesting.

The beauty of The Grimm Forest is not in the pigs, but in the friend or fable cards. Friend cards are all based on well loved fairy tale ‘heroes’ such as Pinocchio, The Seven Dwarfs and Red Riding Hood, each having a skill such as ‘collect a resource of your choice’ or ‘any player with more resources than you at the end of the round must give you one of your choice’ etc.

Each player may own a single ‘friend’ card which remains face-up in front of you and may be played at any or the appropriate time – but counts as one action. You can own as many Fable cards as you want though and these are played at the beginning of the round, face down along with your ‘gather’ card.

Fable cards are things like ‘Roar’ (force someone at your location to reshuffle and move) ‘Harvest Moon’ (collect half the resources from a deserted location) and ‘Powerful Friends’ (Steal one ‘build’ phase action from each player at the same location as you) and all require guesswork before at the beginning of the round.

The Fable deck also holds the Monster cards – these are special cards that allow you to deploy the monster on the card to a location of your choice. Each monster has a skill that can help you and hinder other players caught at their location, so guessing where to place them is key – the Bridge Troll for example, forces a player to give you half their gathered resources (that turn) whereas the Big Bad Wolf lets you destroy a straw or wood section of your choice, from another other players house. Monsters, like other game mechanics, are deployed in order or ‘first player’ clockwise – including the passing of the first player marker, each turn.

Building a house requires three steps, each increasingly resource expensive (2/4/6) and must be built from the ground up. First to build a house of a specific type gains a ‘1st builder’ bonus. Houses of any variant can be built and the first to complete three, wins. In the event of a tie – the sturdier houses count for more in the tally.

Final Thoughts on The Grimm Forest

The Grimm Forest, published by Druid City Games, is a highly likeable game with a lot of guesswork holding the key to victory. The simple rounds, with strategic guessing and successfully outwitting other players, is very satisfying and enjoyable.

The art style is beautiful throughout, from the characters on the cards, to the locations painted on the location boards and even the card backs. Component wise, this is the best quality I’ve seen outside of Mechs V Minions or a ‘Cool Mini Or Not’ game; the pigs and monster miniatures are superbly detailed whilst having a decent size about them that you can actually appreciate the detail.

The houses come in three little plastic layers that sit within neatly spaced grooves and don’t rock about – which reminds me… A special mention needs to go out regarding the packing/packaging: With the exception of the aforementioned Mechs V Minions, I’ve never seen such thought going into packing and storing the game away – each component fits nicely into an appropriate space, each layer sits nicely on top of each other and the box packs flat, neatly and nothing falls out of place during transport.

All of that, whilst everything is uniquely shaped and themed – no conforming squared boards, pieces and parts contained within – with the exception of the cards and even they come on a genius little rocker space for ease of removal (I even took a photo just of that!)