Designer Eric Lang, known for his “dudes on a map” games, describes The Godfather: Corleone’s Empire — a standalone big box board game with high-quality miniatures — as “thugs on a map”. In short, the game is a streamlined, confrontational worker placement game filled with murder and intrigue. In long, you play as competing mafia families who are vy…
Read More
Category Board Games Tags CoolMiniOrNot, Podcast Approved, The Godfather SKU ZBG-CMNGDF001 Availability Out of stock
Share this
82% 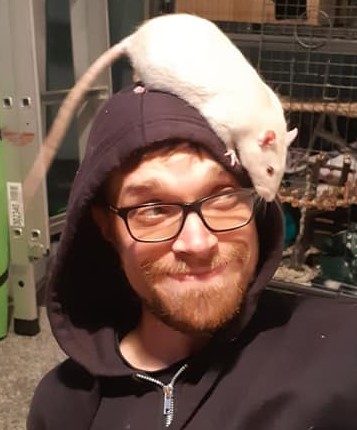 Designer Eric Lang, known for his "dudes on a map" games, describes The Godfather: Corleone's Empire — a standalone big box board game with high-quality miniatures — as "thugs on a map".

In short, the game is a streamlined, confrontational worker placement game filled with murder and intrigue. In long, you play as competing mafia families who are vying for economic control of the organized crime networks of New York City, deploying your thugs, your don, your wife, and your heir on the board to shake down businesses and engage in area-control turf wars.

Money, rackets, contracts, and special advantages (such as the union boss) are represented by cards in your hand, and your hand size is limited, with you choosing which extra cards to pay tribute to the don at the end of each of the five rounds. At the end of the game, though, cash is all that matters, and whoever has the most money wins.

The game also features drive-by shootings in which enemy tokens are removed from the board and placed face-down in the river. The don of that family member must play cards to fish their guys out of the river and return them to duty on the New York battlefield.

What happens when you combine arguably one or the greatest movies ever made and some of the biggest names in board gaming? You get The Godfather: Corleone's Empire, designed by Eric M. Lang and published by CMON games. That's gotta be worth a closer look!

The Godfather: Corleone's Empire is a gangster themed strategy board game packed with detailed miniatures, gorgeous artwork, difficult decisions and cold-blooded murder. Two to five players take on the role of Mafia family bosses in 1950's New York. Each player must utilise worker placement, set collection, and area and majority control alongside completing gang land business deals and some well-timed hits on their enemies. Whoever has the most cash at the end of four rounds of play wins the game.

Is that a Cannoli in your pocket or are you just pleased to see me?

How to set-up, play, and do end game scoring fits on to just half a page at the back of the book. It's really easy to grasp the basics of this game. It's quite something seeing as Eric Lang has thrown as many different mechanisms as he could make fit into the oversized box.

The board features a map of New York City split into districts, or “Turfs”. Each turf contains several businesses which form the back bone of the game. Randomly selected businesses are opened as the game progresses, giving players more choice and giving the game replay-ability.

What's in the bag, Michael?

I can't really talk to you about how this game plays without first explaining the roll of the little tin suitcase you each get. You don't use the cash you make during the game to buy anything, in fact it's essentially worthless until you carry out the “Suitcase” action. This allows you to take one cash card and put it into your case laundering it into sweet, sweet victory points. It also gives you the money you need to buy some super powerful ally cards during the bribery phase. Just be careful flashing your cash, it would be a pity if someone was to...Extort you!

I'm going to show you a Board Game you can't refuse.

Each player starts a game of The Godfather in charge of a set number of thug miniatures and a family member. Thugs are placed on businesses to “Shakedown” the front of the business affording them bonuses in the form of illicit goods, cash, extra job cards, or the ability to “Suitcase” money.

Illicit goods act as currency in this game, you can play a job card from your hand or the communal pool by paying the illicit goods shown on it. Job cards get you cash and grant you a special action which can range from moving a figure or stealing money out of people's suitcase, to carrying out the game changing “Car Bomb” action.

The family member figures are extremely powerful, and you gain more of them as the game goes on. When you play a family member you place them in designated spaces on the edge of turfs. They shake down the backs of businesses, but most importantly a family member shakes down the back of every business in every turf they are adjacent too giving access to a huge amount of resources.

Last but not least in the available actions is playing an ally card. Allies are public figures that are on your pay roll. Allies can be extremely powerful, and they get more powerful as the game goes on, allowing you to do things such as send figures to other locations on the board, organise drive by shootings, shake down businesses multiple times, take control of turfs and make some serious cash. These cards are powerful enough to win you the game, but not only do you have to pay your hard-earned victory cash for them, they also take up precious space in your limited hand size.

Once the main action phase, Family Business, has come to an end it's time to move on to the Turf War. Players count how many figures are standing in each turf. Whichever player has the most figures in a turf takes control of that area. Control works in two ways; Firstly, whoever has the most recent control counter placed in a turf gets the benefit of any enemy thug that shakes down the front of a business in that turf. Secondly, whoever has the most control tokens on a turf at the end of the game bags an extra $5.

Component quality is top notch as we would expect from CMON, but the cards get well handled, you are constantly picking them up, playing them down, counting up what you have, moving them about in your hand, sticking them into tins, so I'd recommend sleeving them.

The tin suitcase is a clever way to hide your ill-gotten gains from your rivals and gives a nice thematic flourish.

Speaking of theme, the Godfather theme is neither here nor there. The game builds in a way that results in the dramatic crescendo of the final act where the bullets really start flying. I do feel like I'm in a gangster movie, but it's only really the artwork and a couple of references in the job cards that make it Godfather themed.

The art is stunning, beautiful original works from Karl Kopinski are throughout the rulebook. However, you rarely see them anywhere else in the game. The picture on the box cover is just repeated on all the job cards and the illicit good cards have very simple Art-deco styling that don't really immerse me in the movie theme, and I find that a shame.

A Life of Crime

Eric M. Lang has done an excellent job of balancing the multiple aspects of this game. Unlike some other strategy games, you can't just pick one approach. You need to keep involved in every aspect of point scoring to be successful and never let anyone corner the market.

The Godfather feels different at all player counts. At two players the game is extremely close as you start with more figures and all attacks are directed one way. My two-player games have been very tight, with one game ending with just a $1 difference.

At three and four players the number of starting businesses is the same, which makes four players a restricted game. Rival families are going to have to carve out their territory by hook or by crook.

At five players things get really quite messy. Victory will most likely go the the player who either kept a low profile or sent everyone else to sleep with the fishes. I enjoyed this game at all player counts but at five it can really drag. Also, the chances of you being able to do what you had planned by you next turn are frustratingly slim.

People who successfully link job card together will do well but the board state can change so much so quickly that it's hard to plan ahead. It's one thing that slows the game down. You might plan out your turn only to have the player before you blow all your plans out of the water.

Victory usually goes to the player who knew what they wanted and didn't get side tracked with revenge. I recently secured a comfortable victory by taking less appealing businesses that worked with my job cards. This helped me control lots of turf, which then coupled well with my ally cards. So, although it might not seem like it you can definitely have a plan of action, just be ready to switch to plan B a lot.

The Final Act - Thoughts on The Godfather

The Godfather: Corleone's Empire is a big game with a massive amount of options. There are so many options that the game can be very slow, especially at five. The “Take that” element of the game isn't just an option, it's pretty much a necessity. It would be odd if a game about power battles amongst organised crime families didn't have it as a central tool.

The game has a decent amount of replay-ability due to the different businesses, allies and job card coming out each time. However, don't expect each game to be vastly different. The range of job cards is pretty limited, and this would be an easy way to add lots more variety to the game.

The game is very easy to learn and player interaction and communication are key to getting the most out of the experience.

If you can live slow players and positively relish the thought of devastating your mates' plans then this is a game for you. There aren't many games that combine worker placement, set collection and area control quite so cleverly, enjoyably at this. Eric Lang has nailed it here. The Godfather: Corleone's Empire takes a solid strategic but straightforward Euro game and dresses it up in the bells and whistles that only Eric Lang and CMON can.

If you are a Euro-gamer looking for a dudes on a map experience or, if you like the other big tiles form Eric Lang and CMON but want to try something a little different then give this a go.