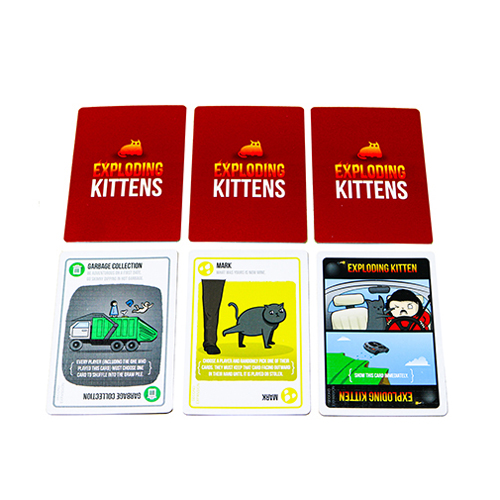 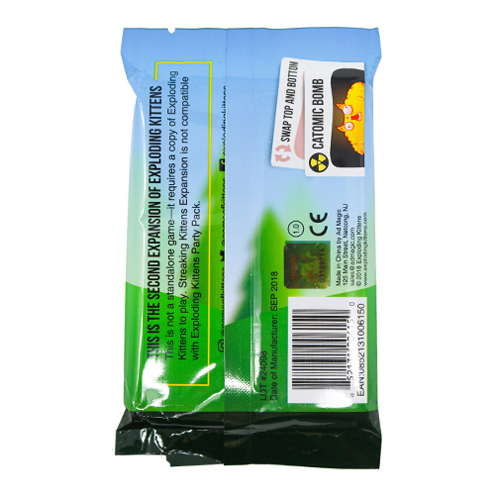 you could earn 748 victory points

you could earn 748 victory points

Streaking Kittens is the second expansion of Exploding Kittens, the award-winning card game that made Kickstarter history as the most-backed project, ever. This expansion deck includes 15 cards featuring 8 new types of actions and a “Streaking Kitten“ which allows you to hold an Exploding Kitten in your hand without exploding. This is not a standalone game – it requires a …
Read More
Category Board Games Tag Exploding Kittens SKU ZBG-EKG2EXP Availability 3+ in stock
Share
Share this

Exploding Kittens is a hilarious and highly strategic kitty-powered version of Russian Roulette. Players take turns drawing cards from the deck until someone draws an exploding kitten, at which point they explode, they are dead, and they are out of the game – unless that player has a Defuse card, which can defuse the kitten using things like laser pointers, belly rubs, and catnip sandwiches. The deck is made up of cards that help you to try and avoid exploding by peeking at cards before you draw, forcing your opponent to draw multiple cards, or shuffling the deck.

This is not a standalone game – it requires a copy of Exploding Kittens to play.