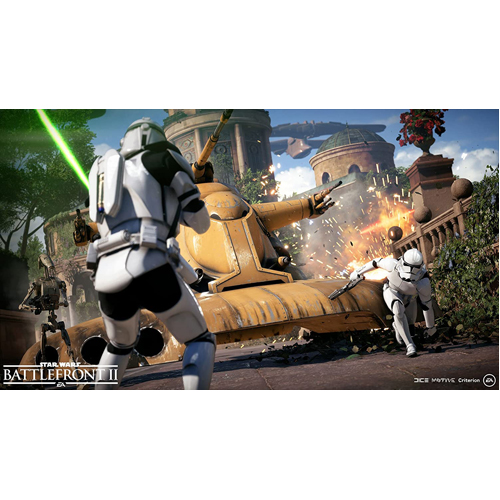 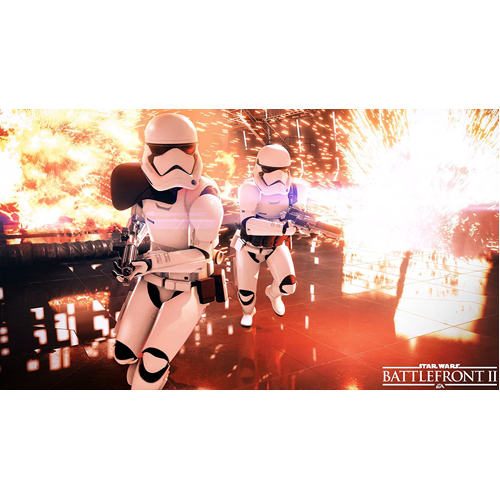 you could earn 1648 victory points

you could earn 1648 victory points

Rush through waves of enemies on Starkiller Base with the power of your lightsaber in your hands. Storm through the jungle canopy of a hidden Rebel base on Yavin 4 with your fellow troopers, dispensing firepower from AT-STs. Line up your X-wing squadron for an attack on a mammoth First Order Star Destroyer in space. Or rise as a new Star Wars hero – Iden, an elite Imperial special…
Read More
Category Video Games Tags EA, PS4, Software, Star Wars Video Games, Third Person Shooter Video Games SKU VCS-P4RESEELE12161 Availability 4 in stock
Share
Share this

Rush through waves of enemies on Starkiller Base with the power of your lightsaber in your hands. Storm through the jungle canopy of a hidden Rebel base on Yavin 4 with your fellow troopers, dispensing firepower from AT-STs. Line up your X-wing squadron for an attack on a mammoth First Order Star Destroyer in space. Or rise as a new Star Wars hero – Iden, an elite Imperial special forces soldier – and discover an emotional and gripping single-player story spanning thirty years.

Experience rich and living Star Wars multiplayer battlegrounds across all three eras: prequel, classic, and new trilogy. Customize and upgrade your heroes, starfighters, or troopers, each with unique abilities to exploit in battle. Ride tauntauns or take control of tanks and speeders. Down Star Destroyers the size of cities, use the Force to prove your worth against iconic characters such as Kylo Ren, Darth Maul, or Han Solo, as you play a part in a gaming experience inspired by 40 years of timeless Star Wars films.

You can become the master of your own Star Wars hero’s journey.

A New Hero, a Story Untold
Jump into the boots of an elite special forces soldier, equally lethal on the ground and space, in an emotionally gripping new Star Wars™ campaign that spans over 30 years and bridges events between the films’ Star Wars: Return of the Jedi and Star Wars: The Force Awakens.

The Ultimate Star Wars Battleground
A Star Wars multiplayer universe unmatched in variety and breadth where up to 40 players fight as iconic heroes, authentic-to-era troopers and in a massive array of vehicles on land and in the air – as battle rages through the galaxy.

Galactic-Scale Space Combat
Space combat has been designed for Star Wars Battlefront II from the ground up with distinct handling, weapons and customization options. Join your squadron and weave in between asteroids fields, fly through Imperial Dock Yards and take down massive capital ships as you pilot legendary starfighters in high stakes dogfights with up to 24 players and 40 AI ships.

Better Together
Team up with a friend from the comfort of your couch with two-player offline split-screen play*. Earn rewards, customize your troopers and heroes, and bring your upgrades with you on the online multiplayer battleground.

Master Your Hero
Not just an iconic hero- your hero. Master your craft with customizable character progression. Upgrade abilities unique to each hero, trooper class, and starfighter. Use these abilities to adapt and modify your character’s powers, either as lethal active effects on your opponents, helpful status boosts, or tactical assistance, to counter any opponent on the battlefront.

The first game in the Star Wars Battlefront saga was an incredible success with fluid graphics and a brilliant online multi-player system. Unbelievably, it’s already time for a sequel and Battlefront 2 promises more of the same thrills and spills fans have come to expect. Utilising the incredible performance of Sony’s PlayStation 4, it is sure to be another success for fans and newcomers alike.

Swedish game studio, DICE, is once again taking charge of this instalment with Electronic Arts supporting them throughout the process. The aim with Battlefront 2 is to include more content and more features from the Star Wars canon.
One of the common complaints of the first game was its lack of single player campaign. Thankfully, these cries have been listened to and Battlefront 2 will have an in-depth single player story mode that takes place between the new sequels and the original trilogy.

To increase that unique Star Wars feeling, the game’s multi-player offering will take gamers through the entirety of the series’ vast universe. Characters, settings and epic battles from across the film series will also be included in this new edition.

Gamers can expect to see characters including Darth Vader, Yoda, Darth Maul and Kylo Ren. DICE really hasn’t held back in including popular personalities from the entire franchise and the game’s graphics will also improve on what was seen in Battlefront. There’s no denying that was a gorgeous-looking game and its successor promises to add a layer of polish to proceedings.

To build on the successful multi-player campaign of the previous instalment, Battlefront 2 adds four distinct classes which players can select from. These are Assault, Heavy, Specialist and Officer and will each be customisable and come with their own range of abilities. Cleverly, EA has introduced a new spawning system that allows gamers to re-enter the game together in groups of up to four people should they be defeated at any point.
The blue pick-ups of the previous game have been replaced with a new points-based system that allows gamers to earn points as they play. These can then be spent on various game-changing options like an X-wing fighter or a powerful character from the Star Wars world.

Star Wars Battlefront 2 FAQs
Is this game single player or Co op?
For the first time, Electronic Arts is introducing a single player campaign after complaints from players. The multi-player mode that was such a success in the previous game will also return with some upgrades, including more vehicles to pilot and new battle classes.

What are the new Battle Points?
Battle Points are to replace the Pick-up Tokens of the previous Battlefront game. These are collected by achieving goals throughout an event like saving one of your team members or defeating an enemy. The points can then be spent on items like X-Wing fighters or even unlockable characters from the Star Wars universe.

Will the game feature a multi-player option?
Yes. EA and Swedish game studio, DICE, have left the multi-player mode of the previous game pretty much in tact. There are a few new additions that should make the entire experience a fascinating one for Star Wars fans.

What characters can I play as?
There are numerous characters from the Star Wars universe including unlockable content. Examples include series icons like Darth Vader, Boba Fett and Darth Maul as well as new personas created just for this game.