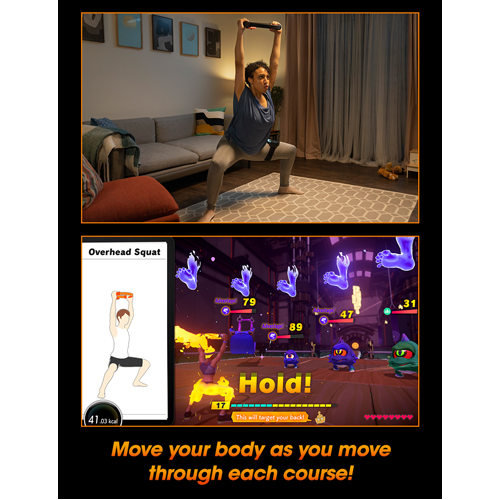 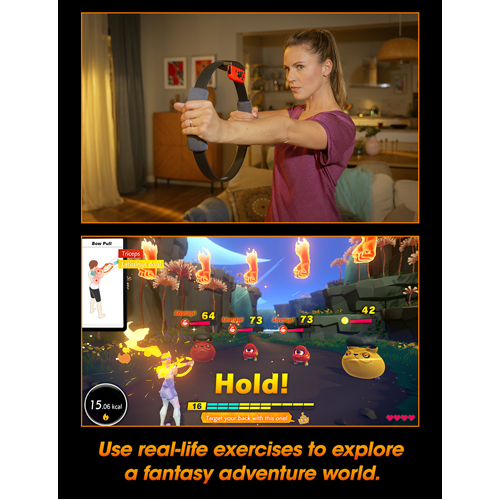 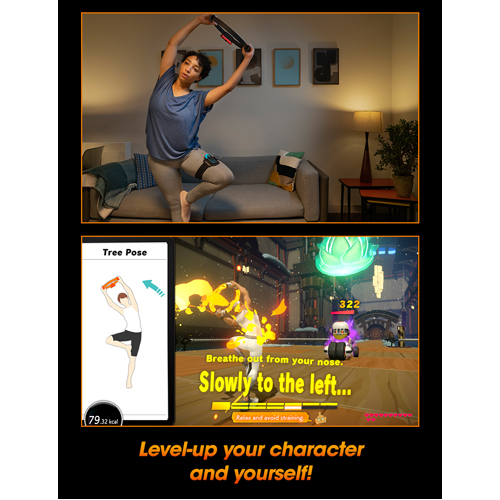 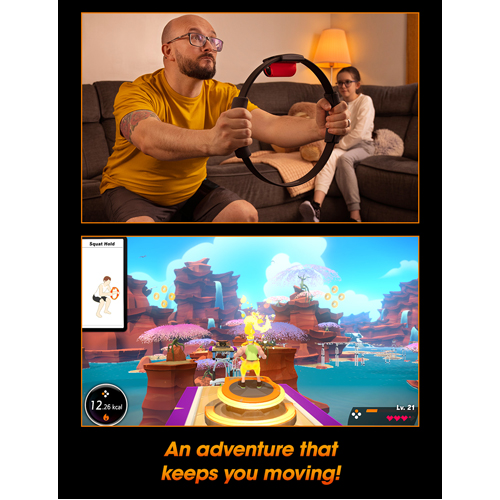 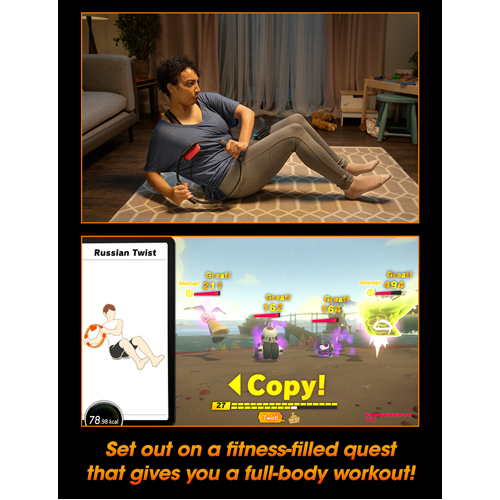 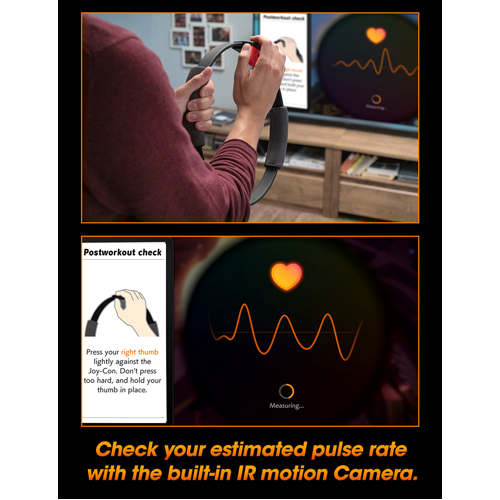 Pay in 3 interest-free payments on eligible purchases. Learn more
Success! We will let you know when this product is available again.
Your email address has been unsubscribed!
Your email address has been unsubscribed!
Notify me when this product is available to purchase!
This email address is already subscribed to this product!
In Ring Fit Adventure you will explore an expansive world, battling enemies along the way using real-life fitness exercises. The new Ring-Con and Leg Strap accessories (included with the game) detect and measure the player’s real-world movements and turn them into In-game actions, like jogging In place to move your character through the world using the attached Leg Strap, or s…
Read More
Category Video Games Tags Gamer Gifts, Nintendo, Nintendo Switch, Nintendo Top Picks, RPG Video Games, Software, Value For Money SKU VKM-NINA96.UK.45ST Availability Out of stock
Share
Share this
93%

In Ring Fit Adventure you will explore an expansive world, battling enemies along the way using real-life fitness exercises. The new Ring-Con and Leg Strap accessories (included with the game) detect and measure the player's real-world movements and turn them into In-game actions, like jogging In place to move your character through the world using the attached Leg Strap, or squeezing the Ring-Con and turning that strength exercise into a powerful attack.

Ring Fit Adventure, I am not an athlete. I do not run marathons. Nor do I swim so much as gingerly float in water; I have no awards for sport. Becoming like the men from 300 has never been more to me than a sleep-deprived fantasy. The kind where you can’t decide if you were actually serious, especially when the walls are still swirling.

That is my confession. Now you know me for what I am.

But here’s the next layer to the story. One that might not be the same for everyone but if you’re reading this, might be true for you. I am not an athlete. I don’t want to be an athlete. But I do want to be healthy. I want to be active. At least, active enough that when I am lazy, I don’t have to feel bad about it.

Ring Fit Adventure is not the first exercise game that looks to me - the fitnessly challenged - as its core audience. Nintendo, the studio behind the game and maker of the Switch console, released a series of fitness games on their previous consoles, aptly titled Wii Fit.

These games were pure fitness and sadly lacking as games. The experience was distilled down to a series of calorie totals and miles run that, while valuable as a tracker for fitness fanatics, lacked sufficient depth for the fitness initiate. The routines were rigorous but unfulfilling. The scenarios quickly became repetitive. It was the ‘at-home gym experience’ without the gym, and without the experience.

Yet there was clearly something about Wii Fit that resonated. Despite its flaws, there was a swell of interest for a game that could live up to the ideal promise of Wii Fit. A game that you could play, enjoy, and simultaneously, with a little smoke-and-mirrors trickery, would also just so happen to be intensive exercise.

So that’s the question: is Ring Fit Adventure a game, or still stuck being a fitness accessory?

I’ll not leave you in suspense. Ring Fit Adventure is an extraordinary achievement and a testament to the possibilities of games beyond just entertainment. Games to learn has perhaps an unfounded negative reputation; games to live is what Ring Fit should be considered.

Ring Fit Adventure puts together a complete exercise portfolio, with dozens of options creating hundreds of unique routines, and packages it into a compelling, exciting and impressively lengthy campaign: 150+ hours, spread over 3 campaigns and 69 (very classy) worlds.

Each campaign uses the same worlds and levels but keeps the experience fresh with new dialogue, continuing the storyline (you read that right - the exercise game storyline) and slowly raising the difficulty as the upgrade system (you read that right too) starts to cap out towards the end of the second campaign, while the enemies and bosses continue to buff up to keep up with you.

Every world and level is different enough that even though some parts do repeat (there is a finite amount of different enemies, different scenery-types for levels, different mini-games) it doesn’t make the game feel any less impressive or longer than it should be. In fact, I would say that Ring Fit Adventure is as long as it has to be.

Without the immensity of activities and challenges to work through, Ring Fit Adventure would’ve become Wii Fit in a different skin. New look, same problems. Along with the huge step-up in playability thanks to the campaign, it’s the length that presents Ring Fit Adventure not as an exercise gimmick but as a workout solution. There really is enough content that you can exercise using the game long-term, without repeating levels, without just doing the same 4 or 5 routines over and over again. This is a serious workout tool packaged in a way that is accessible to a broad audience.

The final aspect I haven’t touched upon is what makes Ring Fit Adventure so accessible to anyone, regardless of fitness level: the customisation options. You can start wherever you are, fitness-wise, and Ring Fit is prepared to accommodate. Everything from the number of reps per exercise, to damage taken, to damage dealt. Having 30 different difficulty levels allows you to tweak the game, finding that sweet spot. You can push yourself to your limit or just build a more active habit. I will say that if you already have the physique of a Spartan warrior, even max difficulty might be too passive for you.

Ring Fit Adventure is a sorely necessary evolution on previous fitness games. It fulfils the promise of a game capable of stepping into the role of a workout trainer. Nintendo has baked a rich, protein-layered cake, with lots of flavour and filling, and a surprisingly low-calorie count.