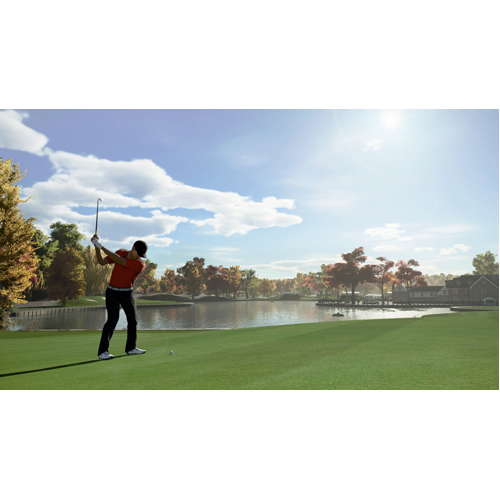 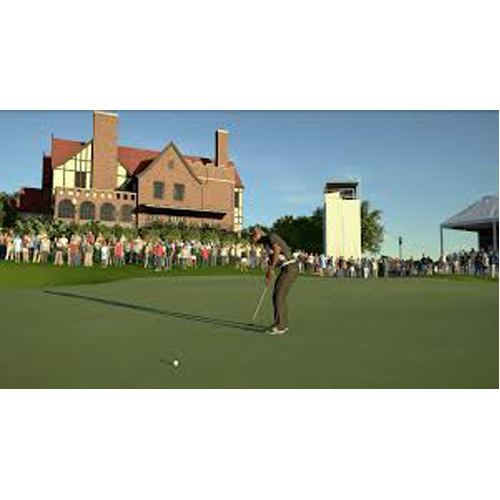 you could earn 3869 victory points

you could earn 3869 victory points

Whether you’re a serious golfer or just looking to have fun, PGA TOUR 2K21 has something for everyone! Play against the pros. Play with your crew. In PGA TOUR 2K21, you can play by the rules or create your own!
Read More
Category Video Games Tags 2K Games, PGA Tour Video Games, Sale, Software, Sports Video Games, Xbox One SKU VCS-M1RESSTAE36256 Availability 2 in stock
Share
Share this
86%

Whether you’re a serious golfer or just looking to have fun, PGA TOUR 2K21 has something for everyone! Play against the pros. Play with your crew. In PGA TOUR 2K21, you can play by the rules or create your own!

The world of sport is one world that my thoughts admittedly, rarely take me to. When all the lads were playing football at school, I was too busy running around pretending to be Goku and blasting imaginary Kamehamehas at people. I had plenty of friends, honestly. One thing I have always liked, however, is games. Golfing games have been no exception as I was a big fan of the older Tiger Woods PGA Tour games. Smashing the black and white buttons on the original Xbox for power and spin was always a delight to pull off. So, I welcomed PGA 2K21 with open arms, like a long-lost friend whose face I had not seen for a decade. (If any survived my imaginary anime moves).

Does this game hold up to the nostalgia associated with the older games I adored? Is it a smash-hit hole in one? Or did I leave this game in the rough, stomp my feet like an oversized man baby, and storm off, leaving it to fend for itself? Well, carry my club bag, follow me down the green and I shall tell you all about my experience with PGA 2K21.

All Birds Find Shelter During a Rain. But Eagle Avoids Rain by Flying Above the Clouds - APJ Abdul Kalam

The game starts by thrusting you straight into a tutorial. I appreciate the fact that for long term fans of the series, that this would come as a bit of a chore. But for myself, it came in especially useful given my extended absence from the franchise. It helped to show me immediately how far the series has come. Change is necessary and important for the growth of series to be successful. This is evident in all long-running franchises. But that can be hard to pull off in a sports game.

Straight away I felt a connection with the game. As, in my absence away from the franchise, experiencing all of life's ups and downs (and even more downs) and maturing into the somewhat reasonable adult I have become; PGA has also done some maturing of its own. Gone are the days you could smash a button as fast as you can to add power to your shots, giving you fun animations of the ball exploding from the tee or setting alite etc. Gone are the days of smashing a separate button as fast as you can during a ball's flight to give it a physic defying spin for complete and utter chaotic control.

The problem is, I loved those animations. I loved that outrageousness in what was otherwise a cut and dry kind of game. However, having a new, more professional approach to the game, has really forced me to get good at what the game actually is. I had to get good at actually playing golf, not just smashing buttons. And with my more mature mind, putting the noggin to use, I had a lot of fun doing so!

Birdie in the Hand for Life's Rich Demand. The Insurgency Began and you Missed it - R.E.M Begin the Begin

You get access to a character creation at the start of the game. This is unfortunately a bit lacking. When I would play the older games, I used to revel in creating the biggest, fattest, blob of a person with a hideously deformed face, with an incredibly squeaky voice. The kind of character you would only see in a messed up psychological thriller. This would make me smile. But again, adopting a more mature approach to the game in the latest of years, my days of being able to create monstrosities have come to a close. At least in this game.

PGA 2K21 does a good job of not overwhelming you with multitudes of stuff you can do from the start. The career mode is a simple string of matches that lead up to unlocking the actual PGA tour. If you are worthy enough to progress into the golfing halls of fame of course. You unlock things slowly throughout your career, instead of having everything thrown at you at once.

There are different modes and ways to play available throughout your career, such as rivalries, skins, scramble etc.

Taking the game online will see you tackling a whole host of other challenges. From standard tournaments against other players (or 'ghosts') to creating your own courses and playing other enthusiasts' courses. Here you will also find some creative designs, such as mini-golf courses! There are also some simple game types to play with people online. The more you play the career, the more you unlock, the more options you have. It offers you a good mix of online and offline options.

One thing that will never change, however, is the sheer frustration you feel after just missing a shot or a put. The game gives you all the tools you need to succeed in these, and you really have nobody to blame but yourself. All the information is at your disposal, from wind direction and speed, the spot your ball will land if you hit it perfectly, a full range of clubs and ways in which to use them, the ability to aim at a spot on the ball for spin, to the angle at which you land your shot, to terrain overlays for putting, and even one "see the future" move per round that allows you to estimate a putt and see what the outcome will be before you adjust trajectory. That feeling of seeing your ball flop into the sand, or into a tree, or see it fly past the hole is what I imagine all sports fans feel when they watch their teams pushed to the brink.

On the flip side of this is the strange rush you feel when you achieve what you set out to do. When you manage to smash your shot straight down the green when you sneakily smack it over some trees or apply the right amount of spin to land the ball where you want it. And most importantly, those times you manage to read the terrain like heat targeting missile system and sink the ball from what seems like a hundred miles away. Sheer alation! It is this that keeps you wanting to play. Keeps you striving to beat the competition. Striving to improve and beat your previous bests!

You want to play the Bogey-Man?... Part's Already Taken. I'm Driven by Demons you Can't Even Imagine - Pat Mills, Batman: The Book Of Shadows

So it is that time where I sum up my experiences with PGA 2K21 and give you an outlay of a few things that irked me, and some that impressed me.

I am a guy. I hope that much is fairly obvious from looking at me. But I am a guy who has exceptionally long hair. Giving me a character creation system that only allows you to create characters within reason forces me to make one that looks like me. But only giving me 3 different hairstyles to choose between, is frustrating. All styles are slight variations of bald, balding, or short hair and one option for hair in a bun. You unlock plenty of outfits, golf clubs etc throughout the game, but no extra hairstyles.

The game confuses nationalities with countries. I was asked to choose a nationality and had to pick Great Britain.

Sometimes it feels like the game deliberately, against your perfect calculations, will just completely mess your shot up.

The creation process is actually much deeper than it needs to be. There are 28 different sliders under the 'skin type' category for example (including neck wrinkles!?), I just did not bother with them as I had already been soured by the lack of hairstyles. I imagine most people can take great advantage of the options that are available.

The thumb stick tracking for shot accuracy is really impressive. I love seeing the data from my shot. Seeing how well-timed the shot was, with how accurate the swing was is a great little UI overlay.

The game is surprisingly addictive and keeps you in that 'go on, one more tournament' frame of mind. It is a lot of fun!

That pretty much wraps up my review of PGA 2K21. I know my millions of fans might be disappointed that this is a relatively short review compared to some of my others, but hey, it is a game about smacking a ball with a stick! Honestly, I have been enjoying my time with it tremendously though and will likely continue to do so for some time to come. I have found it is the perfect game to throw on after a long day at work when I just need to relax for a while.

I had no real expectations going into PGA 2K21 but I was very much so impressed with the gameplay it delivers. If (like me) you have been absent from the franchise for some time, then this is a great game to get you back into the swing of things!