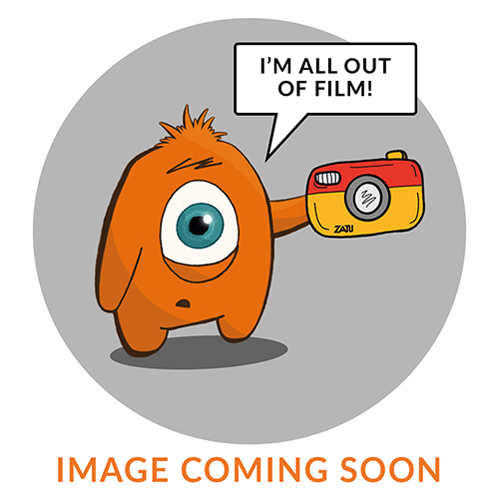 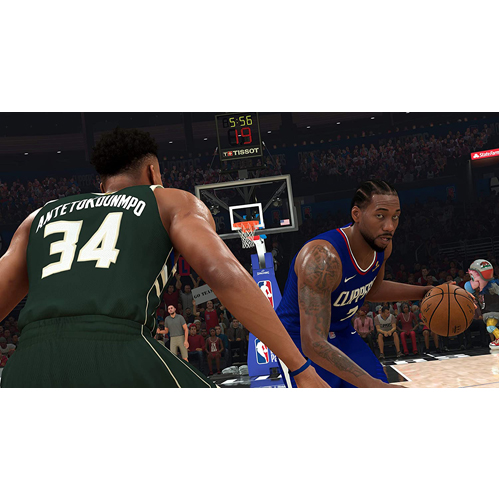 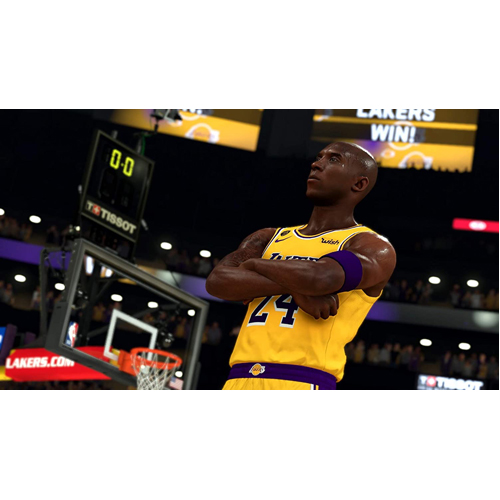 you could earn 5009 victory points

you could earn 5009 victory points 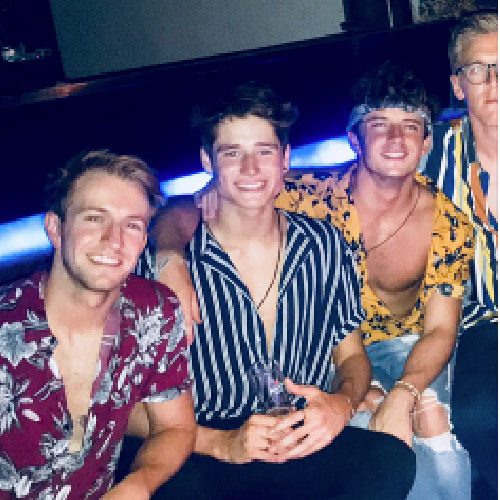 NBA 2K21 is the latest release in the world-renowned, best-selling NBA 2K series. 2K21 leads the charge with next-gen innovations, while continuing to deliver an industry-leading sports video game experience on the current generation of gaming platforms.

With extensive improvements upon its best-in-class graphics and gameplay, competitive and community online features, and deep, varied game modes, NBA 2K21 offers one-of-a-kind immersion into all facets of NBA basketball and culture - where Everything is Game.

Whether you’re a basketball fan or not, 2020 brought two major sporting events. The first was the passing of Kobe Bryant. Lakers legend and one of the NBA’s top 3 all-time players, in my opinion. Kobe was one of the greatest sportsmen and motivational speakers ever and one of the reasons, if not the main reason, I support the Los Angeles Lakers. The second was ’The Last Dance.’ A documentary on the most well-known basketball player of all time and his record-breaking run with the Chicago Bulls. Showing a behind the scenes look at what most people consider ‘The GOAT.’ So there couldn’t have been more hype or publicity for the release of NBA 2K21. It was the perfect time for new people to get involved.

Does 2k21 achieve that this year?

Over the years, 2K Games has produced some of the most enticing storylines. Growing up in the city of your choosing, you begin as a basketball prospect in college, meeting some big players who help you on your journey. Eventually, you make it to the NBA.

When in the NBA, you experience intermittent storyline arcs. It doesn’t just stop as soon as you hit the league. Whilst the graphics in this game are more realistic than ever, with every little detail as crisp and precise as it needs to be when using real-life people, the story is one major brick.

Due to the rise of 2k streamers, it feels as though this game has focused more on the online aspect of this game. In my opinion, this is a shame. The story is shorter than previous titles. There is less room to get invested in your player and his backstory.

‘Shut Up and Dribble’

This game contains some of the best sporting game mechanics ever. Everything you know from the past couple of years is still there. The green light shooting system remains but how you achieve it has been altered. Instead of the usual shot chart acting like a metre system where hitting the top will give that satisfying green light, the shot chart now hangs above your head. Inside you will find a smaller meter which, hitting the centre of will give you your perfect ‘Wet Like Water’ shot. There is nothing better than feeling your controller rumble as you hear the ball swish through the net.

With different players come different ranges of shooting difficulty. Steph Curry will always have an easier sweet spot than someone like Dwight Howard. No matter who you use, this can be achieved in one of two ways. Holding the Square for Playstation, X for Xbox or Y for Switch will start the needle. Alternatively, a new method of using the right stick to aim for the mark has been added. This is one of the best-added features as it gives players an option to shoot another way if they don’t get along with the old school method. A benefit of using this technique is the ability to keep adjusting your dial until you let go of the right stick or your player ends his shot. Layups, Floaters and Post up moves are also included in this package.

Dribbling hasn’t changed much at all in NKA 2K21. It still remains one of the main features of the game, mainly for online play. Pretty much everyone who plays online knows how to dribble. Dribbling is much more than frantically whacking the right stick side to side. Using the right combination at the right time is the only way to become an All-Star dribbler like Kyrie Irving.

Having the ‘Mamba Mentality' and practising using MyCourt is the best way to do so. Going to your own space and constantly repeating is the only way to feel comfortable using your moves online.

If you’re new to the game, just be wary that you will need to boost your attributes and alter your dribble styles.

Creating your own build and hitting the court against other players has always been my favourite part of 2K games. Whether you base your character on one of your favourite basketball players or just want to create a unique build yourself, you have tons of freedom. This year is no different.

First of all the Neighbourhood is much more scenic this year. The city has a perfect layout that changes from time to time with the various events that pop up every weekend/fortnight. Some events letting you play against the most iconic NBA players and earn their jerseys. This a particular favourite feature of mine.

Competition is tough online. If you’re not particularly familiar with the game or have someone on your team that is, it can be hard to win a game at all. People have mastered this game! I couldn’t count the number of times I’ve had my ankles broken by elite dribblers.

Normally there are ways to counteract this. If you’re playing on the 2v2 court having a ‘Rim Protector’ or ‘Paint Beast’ can save you from those elite players ‘isoing’ you. Possibly the most infuriating thing about the game this year, some builds are unbelievably broken.

Get Your Head in the Game

This year's metas are Centres. Building a 7’4 Tacko Fall style player is conquering every single court. Don’t get me wrong the NBA has changed. You would never see Wilt Chamberlin shoot 3’s back in the day. Or more recently, and most likely better known, early 2000’s Shaq. These Centres would stick by the rim, clean up on the rebound, and put back earning the second-chance points. Now with players like Anthony Davies, Joel Embiid and Jokic, this role has changed, along with how the game is played. This can now shoot anywhere on the court!

This has now had a knock-on effect in 2K. If you have the Shot metre down, there is rarely any difference shooting on a Triple Treat build or a Paint Beast. Yes, the Badges and skill points make a difference, if you’re a taller player you won’t get as many points to put on the shooting attributes. Trust me, this means nothing to some players. I’ve seen players with a 45 out of 100 3 point shooting, turn on the heat and never miss a shot. And whilst you can’t help but be stunned by how skilled some players are, it’s incredibly jarring playing with any other build than a big and being helpless as people shoot over you constantly.

This isn’t as much of a problem in a 5v5 situation on The Rec. So if you’re a new player wanting to venture online I very much advise playing that.

Leaving me with MyTeam. MyTeam, like Ultimate Team on Fifa, has the potential to be one of the most fulfilling game modes in NBA 2K21. Opening packs and finding your favourite stars, old and new, will never stop turning me into a little kid jumping around my room. Some cards you can evolve, improving their stats making the perfect player to add to your 3 man team.

Like Ultimate Team, if you ain’t got the cash, your team is gonna be trash. This mode is plagued with Virtual Currency making it impossible to come up against a normal team. The percentage of opening a pack with a God Tier Galaxy Opal card is slim. This is why it takes forever to find a team that can compete. Spending money is the fastest way to achieve this. And when you’ve bought the base game, spending even more to compete online is heartbreaking.

Unfortunately, the Currency extends to your player as well. It takes forever to max out your player without forking out the cash. However, it is possible to do so. Just be ready for a lot of game time in the NBA. Undoubtedly the best way to earn the coins.

Although it sounds like I have just slated NBA 2K21, it is still, in my opinion, a cut above the rest. 2K has always managed to produce what other sporting games haven’t. Competitive fun.

What’s upsetting is that it’s starting to follow the classic sporting game trend. Microtransactions and the use of near enough the same game as last year plagues the franchise.

That being said, I need my basketball fix. And this is the best way to get it and that’s fine by me!

Great experience! Adjusted price, quick and a great catalogue. Although it is not convenient to buy from the EU anymore I would still consider it as an option.

Great experience! Adjusted price, quick and a great catalogue. Although it is not convenient to buy from the EU anymore I would still consider it as an option.

Bought this as a Xmas present so haven’t actually played it yet. Looks great and as I used to live in Margate it will a trip down memory lane when we do play it

Bought this as a Xmas present so haven’t actually played it yet. Looks great and as I used to live in Margate it will a trip down memory lane when we do play it