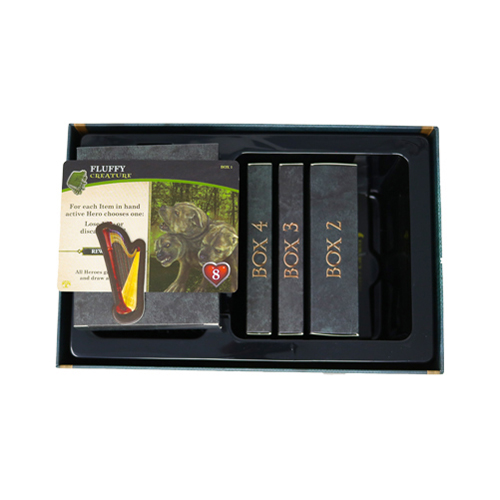 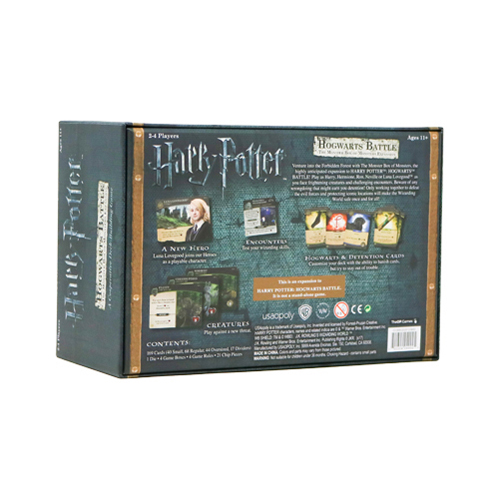 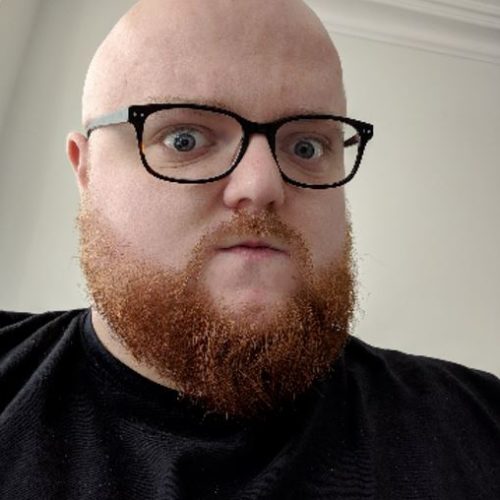 This magical card game allows players to take on the role of one of the brave heroes from the hit franchise, working together using unique starter decks of cards to battle infamous Harry Potter villains and gain better cards to build their decks into a powerful force to be reckoned with.

Play cards and gain Attack and Influence tokens to use to attack Villains and acquire new Spells, Allies and Items to aid you in the fight against evil. As a team you must try and survive the setbacks and damage posed to you by your enemies and their Dark Arts to defeat them before they gain control of key wizarding Locations!

As well as containing over 150 new cards over four progressive game boxes to build on the experience of Harry Potter: Hogwarts Battle, The Monster Box of Monsters expansion introduces great new elements to the gameplay as you delve into the Forbidden Forest to battle magical Creatures and try to beat challenging Encounters in all-new Locations. Aiming to enhance the deck-building experience, this expansion establishes the ability to banish cards from your deck. Beware though, if you misbehave you might end up having to add a dreaded Detention!

The Monster Box of Monsters also introduces Luna Lovegood as a playable Hero, complete with her own starting deck and unique Hero ability. Play as your favourite Quibbler-reading witch alongside Harry, Ron, Hermione or Neville from the original game to protect the wizarding world.

Owners of the original Harry Potter Hogwarts Battle will not only love the increased breadth of options, challenges and modifications this expansion brings to this much-loved game but Potter fans will also appreciate exploring the all-new iconic Spells, Items, Allies and Locations it brings to life.

Harry Potter: Hogwarts Battle - The Monster Box of Monsters expansion is a weighty addition to the enjoyable deck builder Harry Potter: Hogwarts Battle for 1-5 players. This expansion increases the player count by one from the base game’s maximum of four by adding a new character as well as diversifying the types of enemies you can battle, adding some new features to increase difficulty and complexity, and padding out some of the pre-existing aspects from the original game.

There’s lots of lovely new stuff in this box. The base game lets you play as Harry, Hermione, Ron or Neville - The Monster Box of Monsters adds Luna Lovegood to the playable characters (when doing so, you remove the Luna ally card from the Hogwarts deck). As the title of the game suggests, you also receive a number of creature cards. These beasties function just like villains from the base set Harry Potter: Hogwarts Battle, but they are referred to as “creatures” to allow for different effects caused by other cards. There are also a couple of creature-villains, that helpfully function as both! The expansion also brings in encounter cards, little obstacles that function similarly to the horcruxes in the base game.

When playing one of the four games included in The Monster Box of Monsters, the encounter cards will tell you which creatures to include in your enemy deck alongside X others. There are new locations for each game. Perhaps the nastiest new addition is the Detention deck, annoying negative cards that can get added to your deck for any number of reasons, leaving you with useless cards once you draw into them. Lastly, the Hogwarts and Dark Arts decks receive a bunch of new cards to help and hinder your gameplay respectively.

We won’t spend much time here - if you’re looking at this expansion, you’ve got the base game and know how to play. In essence, it’s your standard deck builder. You have a starting deck including resources and damage, you use your resources to buy better cards from the market while handing out damage to enemies. Encounters function as Horcruxes did in the base game - something additional to deal with before you can win the game. Dark Arts cards drawn at the start of your turn add difficulty and plenty of anguish as your plans get blown apart!

One of the biggest criticisms of the base game was how easy it could be. Look the game up online and half the discussion is about house rules to make the game more challenging. It certainly appears this discourse has reached the designers of The Monster Box of Monsters, because this expansion really makes the game a lot harder. For example - after countless plays of the base game, we had never lost a game. After 12 plays of the expansion, we’ve only won twice. The encounters, from the off, really hinder you from building your deck up. It’s another puzzle to unlock, though, and if you want a much bigger challenge than the base game then this is the stuff for you.

Luna is a fun addition to the game, as are some other things I won’t mention out of respect for people looking to avoid spoilers. There’s something really exciting about opening each game’s box and finding out what new stuff is being added to your game. New cards, abilities, dice and cards - it’s so enticing.

While Harry Potter: Hogwarts Battle is very well set up for younger fans of the franchise to enjoy, I’d be surprised if children didn’t find this expansion too frustrating to enjoy. However, it’s a great deal of fun and well worth picking up if you’re wanting to add to your experience from the base game.