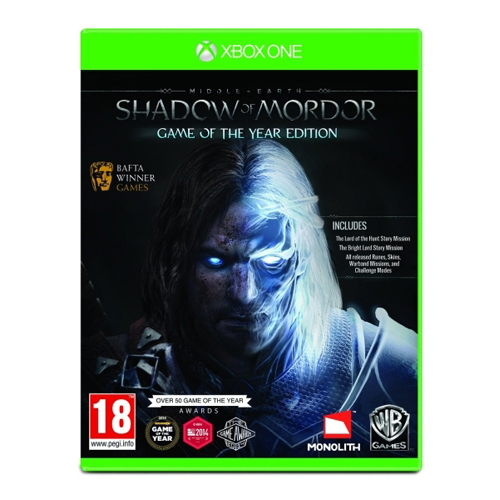 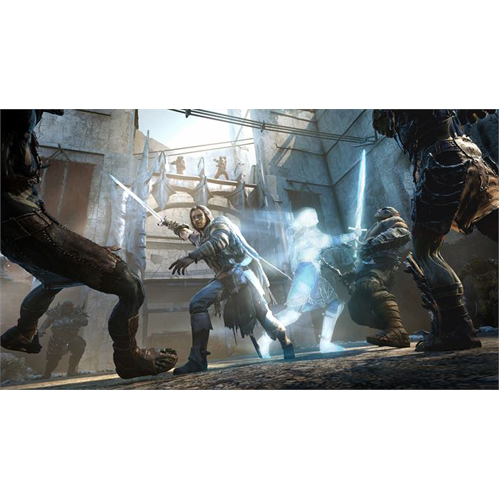 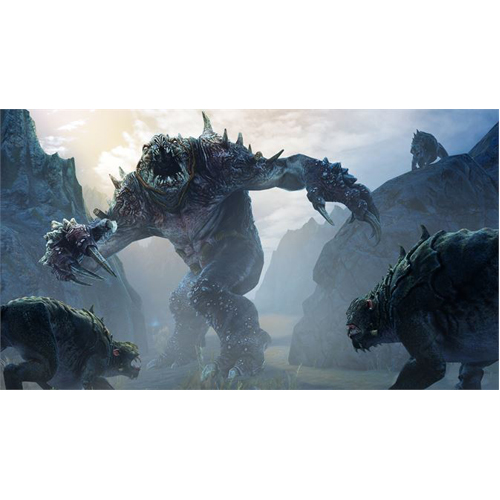 Pay in 3 interest-free payments on eligible purchases. Learn more
Success! We will let you know when this product is available again.
Your email address has been unsubscribed!
Your email address has been unsubscribed!
Notify me when this product is available to purchase!
This email address is already subscribed to this product!
Fans, critics and developers have spoken. Middle-Earth Shadow of Mordor is one of 2014’s most awarded games. Now you can own the complete experience with Middle-Earth Shadow of Mordor Game of the Year Edition Xbox One . The Game Of The Year Edition includes: Every Mission – Including The Lord of the Hunt Mission, The Bright Lord Story Mission, Guardians of the Flaming Eye Warban…
Read More
Category Video Games Tags Action/Adventure Video Games, Lord of the Rings Video Games, RPG Video Games, Software, Warner Bros., Warner Bros.Entertainment, Xbox One SKU VCS-M1READWAR19097 Availability Out of stock
Share
Share this

The Game Of The Year Edition includes:

Middle-earth Shadow of Mordor delivers a dark story of retribution as players will assume the role of Talion, a ranger who loses everything on the night of Sauron’s return to Mordor. As Talion’s personal vendetta unfolds, players uncover the mystery of the Spirit that compels him, discover the origin of the Rings of Power and confront the ultimate nemesis. With a dynamic next-gen game environment powered by the Nemesis System, players orchestrate their personal plan of vengeance as they bend Mordor to their will; ensuring a unique experience to all players. Every enemy players face is a unique individual, differentiated by their personality, strengths and weaknesses. Enemy encounters create personal archenemies specific to every gameplay session. Players must outthink each distinctively different enemy to infiltrate the ranks and dominate within the dynamic world that remembers and adapts to their actions and choices.

Talion – Players take the form of Talion, a ranger who loses his family and everything he holds dear, only to be returned from death by a mysterious Spirit of vengeance.
Mordor – Set between The Hobbit and The Lord of the Rings, Middle-earth: Shadow of Mordor begins on the night of Sauron’s return to Mordor, throwing the region into turmoil.
Nemesis System – Discover a powerful and dynamic next-gen gameplay mechanic that allows players’ actions to shape enemy relationships and characteristics, creating personal and unique stories and gameplay arcs that remain persistent even after death.
Wraith abilities – Players command Wraith Powers to orchestrate and execute their vengeance to outwit enemies, infiltrate the ranks, and dominate within an adaptive world.
Melee combat – A multitude of enemies will require different tactics, encouraging the player to advance their skills, abilities and weapons to become legendary through a system of rune rewards crafted according to the player’s strategy.