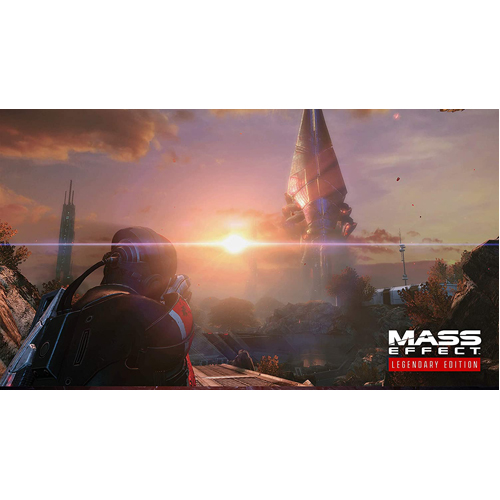 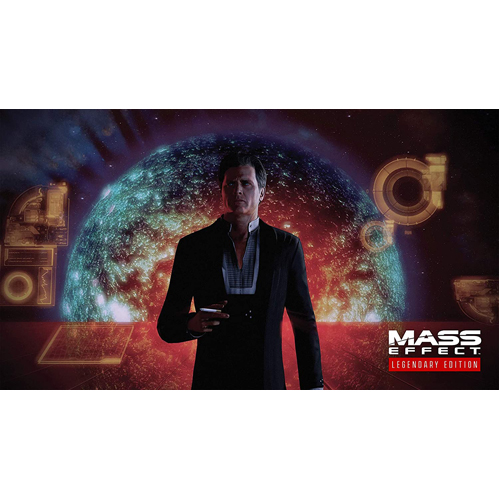 Pay in 3 interest-free payments on eligible purchases. Learn more
Success! We will let you know when this product is available again.
Your email address has been unsubscribed!
Your email address has been unsubscribed!
Notify me when this product is available to purchase!
This email address is already subscribed to this product!
One person is all that stands between humanity and the greatest threat it’s ever faced. Relive the legend of Commander Shepard in the highly acclaimed Mass Effect trilogy with the Mass EffectTM Legendary Edition. Includes single-player base content and over 40 DLC from Mass Effect, Mass Effect 2, and Mass Effect 3 games, including promo weapons, armors, and packs – remastered an…
Read More
Category Video Games Tags Mass Effect Video Games, PS4 SKU VCS-PS4MASSEFFECTLE-TEMP Availability Out of stock
Share
Share this
96%

One person is all that stands between humanity and the greatest threat it’s ever faced. Relive the legend of Commander Shepard in the highly acclaimed Mass Effect trilogy with the Mass EffectTM Legendary Edition. Includes single-player base content and over 40 DLC from Mass Effect, Mass Effect 2, and Mass Effect 3 games, including promo weapons, armors, and packs – remastered and optimised for 4K Ultra HD.

REMASTER CONTENT - Take command of the Normandy, assemble your crew, and prepare for an unforgettable adventure in the highly acclaimed franchise. Play through the single-player experience of all three Mass Effect trilogy games including over 40 DLC, promo weapons, armors, and packs.
REMASTER CORE FEATURES - Experience welcome quality of life updates including a single launcher for all three Mass Effect trilogy titles, enhanced performance, gameplay improvements, controller support for PC, and more.
ADDITIONAL FEATURES & IMPROVEMENTS - Relive the cinematic saga in stunning 4K with enhanced visuals, textures and models. Including modern graphic improvements, updated UI, and more.
MASS EFFECT 1 ENHANCEMENTS - Experience everything you love about the first Mass Effect game, now with improved aiming, squad controls, and cameras. What else do you have to look forward to? Well, let’s just say exploring in the Mako has never been more fun.

Mass Effect: Legendary Edition brings together the greatest gaming space opera of all time into one amazing package. But do the games hold up or should they have been left in the past? The answer is simple - they're still amazing! Don't bother reading this review just go buy the game. Seriously, stop reading.

Still need convincing? Fine. Shepard and the crew of the Normandy haven't been seen in a (console) generation. Sure we had Mass Effect: Andromeda. But we didn't have Shepard, the incomparable Garrus, or anyone else that we knew and loved. And if you bought Andromeda on day one you didn't even have proper facial animations, but that's another story.

BioWare nailed every aspect of the original trilogy and this remaster is more than a simple cash grab. The love for the franchise and attention to detail is very much alive. It truly shines in the Legendary Edition. It has the expected enhanced visuals, but there are also quality of life improvements, as well as adjustments to certain content for all three games. The remaster is fantastic for newcomers and veterans alike. It updates a few clunky areas, which makes all three titles more accessible. But it also has everything veterans remember and love from the first time around.

The core of Mass Effect is in the choices it allows players to make. They in turn have far-reaching consequences that carry on from title to title. You take on the role of Commander Shepard, who, early on, becomes the first human to be given the role of a Spectre as part of the Galactic Government. The human race is new to the galactic stage. Most alien species believe humans to be too savage and barbaric to be part of the larger intergalactic council. Let's face it, they're not wrong. Needless to say, all eyes are on you. Will you go mad with power or be a space hippy? The choice is yours.

The consequence-driven system was mind-blowing at the time. It's still certainly impressive today but it is very rigid, there are no shades grey like The Witcher III. I mean that literally as choices in Mass Effect are colour-coded. Blue = 'good' (paragon) and red = 'bad' (renegade). That said, simplicity works in the trilogy's favour! It's extremely approachable and very easy to stay on your chosen moral path. And you'll want to pick your path early and stick with it as maxing out either Paragon or Renegade gives additional dialogue options that are vital in the late game of each title.

Had to be me. Someone Else Might Have Gotten it Wrong

That said, the real strength of the Mass Effect trilogy isn't the choices you make. It's the story and how it shapes around those choices. BioWare, when given free rein, are an absolute powerhouse of storytelling. And the loyalty missions for each crew member of the Normandy in Mass Effect 2 are still some of the best storytelling that BioWare has ever done. Each one delves into characters, reveal motivations and makes each member of your crew infinitely more complex and interesting.

The ability to "romance" crew members was a much talked about feature when the games originally released. Although Mass Effect 1 doesn't give any real reason to romance anyone, the two sequels better utilize the feature. It adds replayability as you explore all possible relationships and their outcomes. Each of the 13 romance options can have a substantial impact on the story and your understanding of who your crew are. This encourages you to replay each title to gain additional insight into certain characters.

It goes without saying that most of the scenes and character models in Legendary Edition are enhanced with more detailed graphics and improved lighting. But the sheer detail, especially your alien crew members, is truly outstanding. Scales, scars and other markings are much more detailed across the board. Garrus, a mainstay in my fireteam (I've literally never been without him in my team across my many playthroughs) looks better than ever.

Unfortunately, not all of Legendary Edition's enhancements are for the better. Increased lighting in previously darker scenes, especially in Mass Effect 1 only highlights a lack of background detail that was hidden in the original release. Some of the human NPCs haven't faired well with the makeover either. It's not immersion breaking, but it's easy to see which characters won't be playing a major part in the story by the level of detailed textures they have. This is only a minor issue and mainly applies to Mass Effect 1. On the whole, the original vision for the entire trilogy remains intact.

As the original series progressed so did combat mechanics and controls. In the Legendary Edition's BioWare have gone back and refined these mechanics to become consistent across all three titles. Once again, this is most noticeable in Mass Effect 1. Getting to cover is much easier. Shepard won't randomly stand up when you're just wanting to peak out and pick your target. Aim assist has been improved. There's now a dedicated melee button for when you want to get up close and personal. It's not up to the standard of Mass Effect 3, but it's infinitely better than it once was.

Explorable planets in Mass Effect 1 are still lacking in detail. Thanks to a control system overhaul on the Mako they are much easier to traverse.

The Process is as Important as the Result

Mass Effect: Legendary Edition also makes some smaller but still very welcome changes. For instance, in Mass Effect 2 they've removed gratuitous shots of Miranda's rear while she discusses her personal trauma. Personally, I feel that if the removal of a camera angle so you can't see a certain collection of pixels angers you, you may need to have a word with yourself. In Mass Effect 3 the picture you receive of Tali (a character who lives in a protective environmental suit) has also been updated, so it's no longer a stock image straight from Google image search.

Legendary Edition launches with pretty much all of the trilogy's DLC, giving you every single unforgettable moment in one package. Unfortunately, these expansions often unlock far too soon. For example, The Lair of the Shadow Broker DLC in Mass Effect 2 is available the moment you finish Act 1. So before you even complete the mission to help Liara gather information on said Shadow Broker, you can see a mission to defeat them. The Omega and Citadel DLC for Mass Effect 3 are also available far too soon which can create an inconsistent narrative if completed early.

Everything looks beautiful, controls are more responsive and, most importantly, you don't need two consoles to play the entire series. Mass Effect 1 is a much easier entry point than it once was. Then there's Mass Effect 2, the undoubted high point for the series and gaming in general. It is still as amazing today as it was then. Mass Effect 3, thankfully, no longer features the tacked-on multiplayer mode. Annoyingly it originally made getting the best ending in the campaign easier the more you played it. The minor issues detailed in this review are nothing when seen as part of the bigger picture. So yes, as I said in the opening paragraph - go buy this game!

My name is Commander Shepard and I endorse this review.