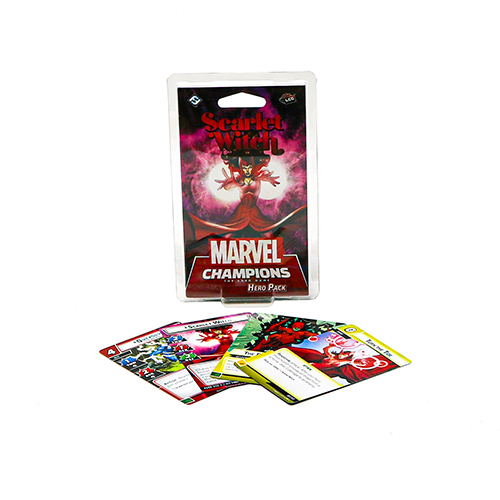 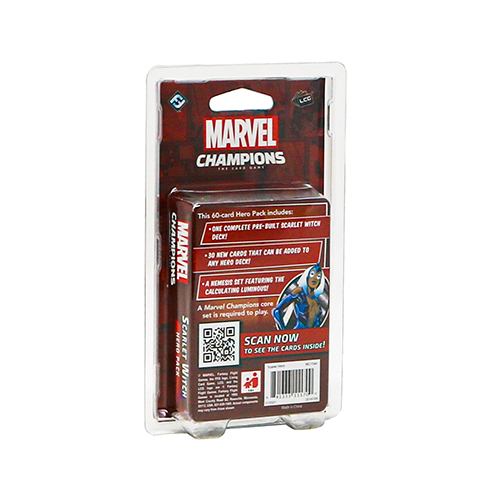 you could earn 1279 victory points

you could earn 1279 victory points

Marvel Champions is a Living Card Game (LCG) from Fantasy Flight. That means that it will continue to grow and expand roughly monthly with new content. The good news is that this content is not random booster packs but set cards, like hero expansion decks, new schemes and villains.
The game play is cooperative and based around hand management. Each hero has some cards that are specific to them and then you either use a prebuilt deck, or take cards from two other decks, a general deck with generic cards and one of four attribute decks. These are leadership, justice, aggression and protection. Helpfully the deck names are an accurate description of what the cards will do! Cards are super important as every card you play must be paid for by other cards.

It is fun to fit characters with their best themed deck, Captain America with a leadership build for example, but also fun to mix it up a little too, especially given the challenge of the villains. Villains come into play with their own decks, with a main scheme you must stop, minions, side schemes and more. Interestingly each hero can be in their heroic form or their alter ego and the villain reacts differently to each. Villains will directly attack heroes, but if the hero is in their alter ego form then the villain doesn’t know who they are and will therefore continue with their evil scheme.

The game is thematic and fun to play providing a good challenge for players and meaningful team-ups.

Dance off bro! This second campaign box for Marvel Champions brings heroes Groot and Rocket into the game along with five new villains including Ronan the Accuser and The Collector. Playable as a campaign or single encounters this expansion adds a lot more content!

The hugely powerful, dimension bending, mind affecting Scarlet Witch comes to Marvel Champions! Bringing with her his own pre built deck usable out of the box, or you can mix the cards in with your other cards using the deck construction rules provided.

Marvel Champions is a 1-4 player superhero game, where each player takes on the role of a Marvel hero to battle it out against one of three villains. Play as Captain Marvel, Spiderman, She-Hulk, Black Panther or Iron Man and face off against Rhino, Klaw or Ultron. Each Hero is represented by a deck of cards, consisting of basic cards, Hero-specific cards and aspect cards (one of leadership, justice, aggression and protection). Each Villain is also represented by a deck of cards, comprising villain-specific cards, basic villain cards and a modular encounter set.

The Scarlet Witch hero pack comes with a pre-constructed justice deck, along with additional cards for further deckbuilding possibilities, as well as her very own nemesis, Luminous. Interestingly Scarlet Witch also comes with not one obligation (as typical for all other heroes) but two with both being shuffled into the encounter deck at the beginning of the game.

During a player's turn, they will play cards, paying the cost by discarding other cards from their hand. Then they will activate cards and perform a number of actions, all in an attempt to defeat the ‘big bad’ and thwart his schemes. Players can also switch from alter ego to Hero form once per turn and activate their character’s special ability, as well as the basic recovery, attack, or defend actions. Once a player has performed all of their actions, it passes to the next player. They repeat the process until all players have performed their actions.

Players will need to manage the number of threat tokens that are placed on a scheme. If a certain quantity of tokens is placed on the scheme, it will advance to the next stage, taking the Villain closer to victory. In addition to the threat/schemes, players will also have to take out minions and deal damage to the Villain to reduce his health to zero and win the game. Marvel Champions is a living card game (LCG). As such, the publisher, Fantasy Flight Games, is constantly expanding the game with new Hero & Villain packs.

Check out a full review & final thoughts of the core game here.

So, let's take a closer look at the Scarlet Witch hero pack. Scarlet Witch has the power to bend reality and create random events. Does she have control of her powers, or do the powers control her? Who knows? But either way, she is unpredictable, slightly out of control but also very powerful. A scary combination to possess. She can cast Chaos Magic and has the ability of telekinesis and telepathy.

Scarlet Witch is a very interesting hero to play. She feels wild and untamed like you just don't know what is going to happen when you fire off a hex bolt, or when activating her Chaos Control ability. When the stars align, you can pull off some absolutely devastating turns and it feels good. She makes you, as the player, feel powerful and gives you the sense that you are trying just as hard as Scarlet Witch to control and bend the magic to do your bidding.

Take her Chaos Magic card; it is a zero-cost event that allows you to play a card from your hand ignoring the resource cost. Super cool right? But you have to discard cards from the top of the encounter deck equal to the cost of the card you play. This burns through the encounter deck quickly and will eventually result in more acceleration tokens being put in to play.

The Magic of Chaos

When playing Hex Bolt, you discard three cards from the top of the encounter deck. Depending on the number of boost icons revealed on each card, you get a different kickback. There is a level of unpredictability to this, a feeling of firing off a spell and not quite knowing what is going to happen. It feels a little bit wild and a little bit chaotic, but in a very fun and exciting way.

Another card, Molecular Decay, deals five damage to the enemy and discards two cards from the encounter deck. One additional damage is dealt for each boost icon discarded. You know you are going to do five damage but if you need that extra one or two to defeat the villain, it is a gamble. When the gamble pays off, it's a great feeling.

Firing off the Spells

As you can see, a lot of Scarlet Witch's signature cards resolve around discarding cards from the encounter deck and you can quickly burn through it. Therefore, careful planning and only using these powerful spells at the most opportune moment is key. There are also some fun justice cards in the deck. Swift Retribution, for example, makes the villain scheme but you get to deal four damage. There's also Turn the Tide, which lets you deal three damage to the enemy after thwarting and removing all threat from a scheme.

Scarlet Witch is also the first hero to feature two obligation cards in her deck, which get shuffled into the encounter deck. This is not a massive thing, as you might not even have to deal with them if they are revealed as boost cards. Still, as you are burning through the encounter deck quickly, it feels right to include an additional obligation card.

All in all, Scarlet Witch is another very thematic hero to add to the Marvel Champions mix. Her unpredictability can make for some great moments, both good and bad, and the way you get through the encounter deck adds another level of gameplay to the game. I am very much looking forward to building some new decks with her and taking the fight to the villains.