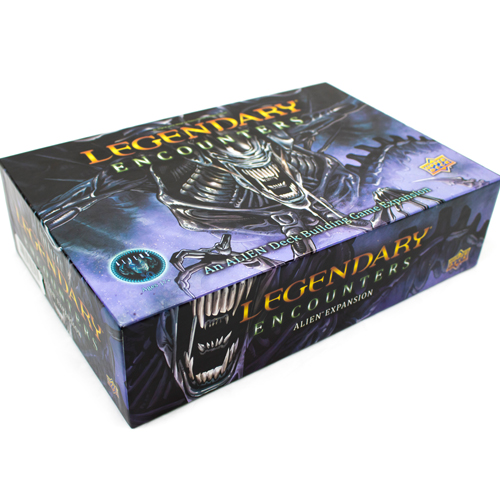 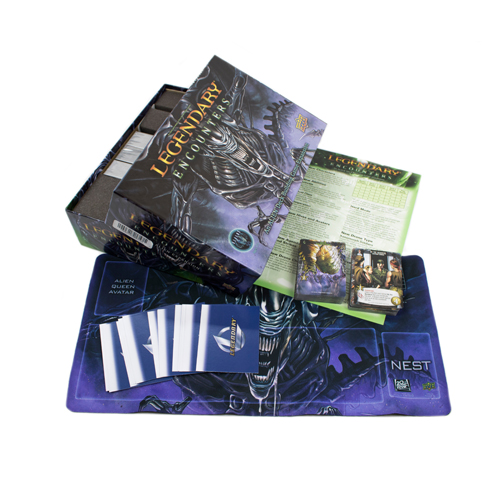 Legendary Encounters: Alien Expansion, by Upper Deck Games, allows you to further develop the deeply atmospheric, thematic co-operative deck building of the base game (this is not a standalone game).

The game provides an additional 400 cards, delivering two brand new scenarios. The first introduces a new alien type and associated mechanic, namely the flying alien. This new breed does not move through the complex as before and as such cannot be scanned.

The second scenario includes genetically modified aliens. This is really hard, a consistent feature of the expansion. Upper Deck have used this opportunity to increase not only the number of cards, but the overall difficulty of the game. There are a number of tweaks that allow you to set and modify difficulty to suit the ability and number of players in your team.

10 new roles have been added, along with nine new character sets. 24 additional drone cards have been included, adding a huge amount of variety to both the new and, when combined, the base game. You can now create new custom drone decks and the rulebook explains how these can be used to adjust the difficulty.

There are also 10 tough new strike cards which again make the overall feel of games played with the expansion far more challenging.

However, arguably, the greatest addition and improvement on the base game is the Queen Mother mode. This requires a special deck and the new playmat. In this mode, a player can play as the Queen Mother alien, building a deck in a similar way to the crew.

This creates a One Vs All mode where the crew have to co-operate to try and work through the objectives and kill the Queen. There are a number of ways the Queen is able to deal damage. She can interfere with the crew dealing direct damage to individuals, or steal cards from hands but terrifyingly she is able to remove useful cards from the barracks only to turn them into aliens who can attack the players in the combat zones.

The artwork is just as good as the first game and the new cards provide a refreshing change for those who have played a lot of the base game (be aware, as with the base game, the art on the cards often depicts graphic violence and as such the game carries a 17+ age rating). More important though is the increase in all aspects of the game that the expansion provides. It truly makes the game better and the base game was an amazing game to start with.

If you loved the base game and were worried that the sequel might have been a flop, fear not, Upper Deck have managed to create an upgrade that is reminiscent of the  main objective from the first scenario of the base game. Arguably, they have managed to redesign and thus produce the perfect organism.