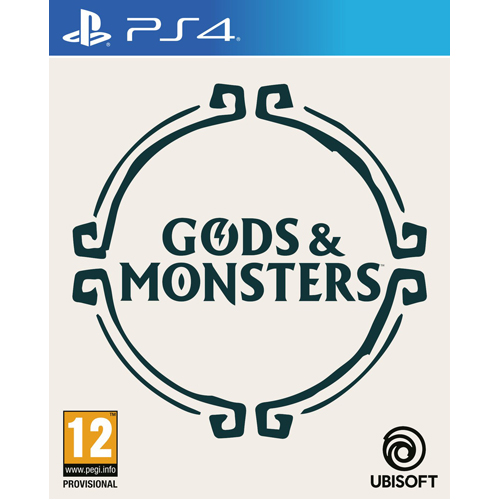 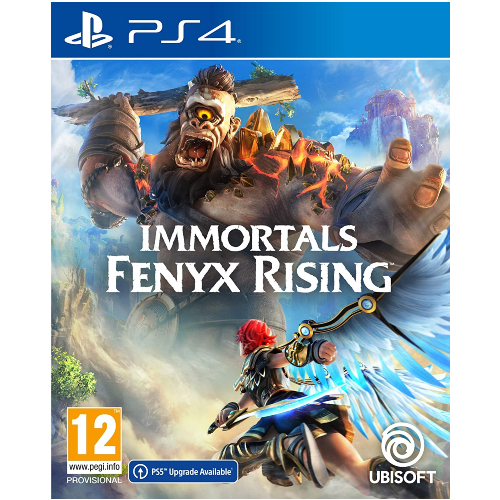 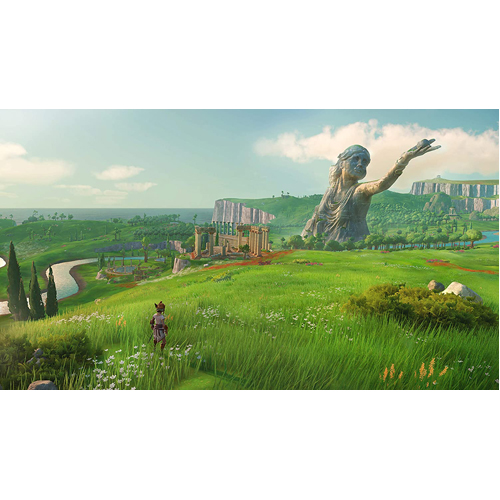 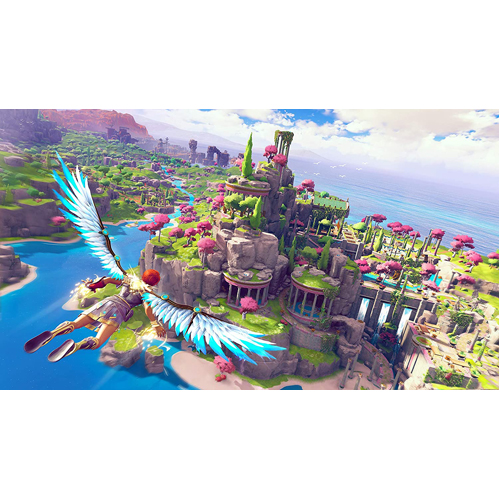 you could earn 4669 victory points

you could earn 4669 victory points

From the creators of Assassin’s Creed Odyssey comes a storybook adventure about a forgotten hero on a quest to save the Greek gods. Embark on a journey to the Isle of the Blessed, which has been taken over by dangerous mythological creatures. Prove your legendary heroism by taking on their leader, Typhon, the deadliest monster in Greek mythology, in a face-off for the ages. Immort…
Read More
Category Video Games Tags Action/Adventure Video Games, Immortals: Fenyx Rising Video Games, PS4, Sale, Software, Ubisoft SKU VEX-S10259804 Availability 3 in stock
Share this
78%

From the creators of Assassin’s Creed Odyssey comes a storybook adventure about a forgotten hero on a quest to save the Greek gods. Embark on a journey to the Isle of the Blessed, which has been taken over by dangerous mythological creatures. Prove your legendary heroism by taking on their leader, Typhon, the deadliest monster in Greek mythology, in a face-off for the ages. Immortals: Fenyx Rising is an open world action adventure game full of epic battles and quests. Roam freely in a beautiful fantasy world, and use extraordinary abilities against mythological monsters who aren’t your only foes. Tricky trials, treacherous dungeons, and heroic feats await. The journey will be as challenging and rewarding as the final destination, and you will emerge as the hero you are meant to become.

Ok, let me start off by saying Immortals: Fenyx Rising is not a bad game in the slightest. In fact, it is damn good fun. It is just that, well, it is not very original. Now that might be a very odd place to start a review but stick with me. I will try to explain it as best as I can.

Immortals: Fenyx Rising sees you take control of the titular Fenyx as they work to help the Olympian Gods restore balance after the escape of the monstrous giant Typhon. Separated from their Godly essence, you must return them back to their full power whilst trying to find your brother and save your fellow soldiers and residents of the Golden Isle from the curse of being turned into stone.

Whilst the game does boast some character creation, it can be somewhat limited as it uses choices and pre-set faces, no sliders to see here I am afraid. Once you have chosen your sex, face and hair (beards can be worn by any sex, which is nice) you are dropped into the shoes of the shield-bearer Fenyx as they are shipwrecked and wash up on the Golden Isle. It doesn’t take long though for the World to open up.

The layout of the Golden Isle is set into different zones for each God, with each area feeling stand alone due to the designs of each section but also being true to the God who resides there. Aphrodite’s land is lush and verdant whilst Ares can be found in a desert-like land full of red stones and broken weapons and war machines. The open-world can feel much smaller than other games of their ilk, but it feels large enough for this game and its setting.

Once you are on your way, the Hall of the Gods is eventually unlocked which acts as your hub as it were. Here you can make potions, change your style, upgrade your weapons, strength and stamina and unlock new abilities. Rescued Gods even take residence here and are always on hand for a quip, advice and extra quests.

The food needed to create potions and shards used to upgrade gear are all over the map, alongside lots of mini-challenges to complete that give you coins of Charon, which you will need to upgrade your abilities and unlock God powers. These range from playing the right notes on a giant lyre to sliding blocks to make a complete image, each one is varied but not too difficult.

The stuff needed to unlock more stamina can mostly be found in vaults of Tartarus, separate dungeons where a combination of your wit, strength and God powers help you find upgrade materials, as well as some epic gear for you to equip not found anywhere else.

These areas feel very reminiscent of the shrines in The Legend of Zelda: Breath of the Wild. Places where you must solve the puzzle of the underground area to claim your prizes. In fact, remember I said that Immortals isn’t very original in some aspects? Well, this is just one instance that might harken strong feelings of Hyrule.

The stamina system, climbing mechanics, the way you gain mounts and even the powers all feel like you have seen it before on a Nintendo console. Thank the Greek Gods though that there isn’t even a hint of weapon durability to be seen. One point for Fenyx Rising!

Ubisoft probably didn’t plan on this comparison being made (even if it looks to be a little bit shall we say, blatant), it doesn’t hurt the game or its mechanics at all. In fact, whilst I was playing Immortals, it actually brought back fond memories of BotW. Also making me feel like I was in some sort of Grecian Zelda DLC and I was ok with this.

Sadly, whilst fun, the combat system can sometimes turn battles into a button masher. You have the usual moves such as a dodge, heavy and light attacks and even a parry. This feels more like the parry system in Assassins Creed than say Dark Souls (even if the attack buttons are identical to the Souls series). In fact, once you have a handle on dodging and parrying, fights no longer feel dangerous or tense.

The gear makes combat even more trivial! With certain buffs that, when equipped together, makes every enemy a cakewalk. Although, it is a nice touch that you can customise any gear to look like any other of the same type. The trouble is that the nicest looking gear is only available via microtransactions. At least they are only cosmetic and not a pay to win system.

Oh, and did I mention one of the style packs is based on Adventure Time?! I may have spent a little money when I saw that, as I cannot resist anything Adventure Time-related! Sadly, the one thing that makes some battles harder than others are the sheer size of some of the bosses' health bars. They can be monstrous! This can sadly cause fights to drag on much longer than needed.

One thing this game does have over Breath of the Wild is its script and humour. The voice acting is top-notch, with everyone seeming to have a lot of fun with their roles. Each character has a slight Greek accent. This suits the setting and the humour perfectly. Man, I have not laughed so much at a game for a long time!

Every character gets some killer lines and there is even a ton of pop culture references thrown in there! From RuPaul’s Drag Race to God of War and even the bloody Shining, this game is dripping with character and charm! The script continuously wants you to hear more of what people have to say. Normally, this could feel out of place in other games, like say Ubisoft’s other Greek game, Assassins Creed Odyssey but here it just adds to the overall product.

Same with the graphics! Whilst it goes for a more animated look, it continues to help the game feel fun and fluid. I played it on the PS5 and I was blown away with some of the areas. Zones such as the Valley of Eternal Spring and the Kings Peak really shine. Whilst Wars Den and the Forgelands can be a bit dull overall. It does mean that there is a fair amount of visual variety to see. It can feel extremely rewarding to climb a giant tower or massive statue of a God and be met with a beautiful panoramic of the land before you and areas just out of reach.

Overall, Immortals: Fenyx Rising is a fun, enjoyable slice of an open-world RPG. Whilst not being too long (30 hours if you are just doing the main quest and up to 60-80 hours if you’re more of a completionist,) it will keep you entertained and invested all the way to the credits. This is all thanks to the voice acting, script and visual flair. The game is also due to gain three instalments of DLC. One will even revolve around a new hero and will feature story elements from Chinese mythology.

Immortals: Fenyx Rising deserves to be experienced. Whilst not original in some places, it is a good ride for as long as it lasts.